Did Tom Brady Receive a Private Jet as a Gift?

An online advertisement appeared to tease quite the scoop about seven-time Super Bowl champion Tom Brady's being given a private jet as a gift. 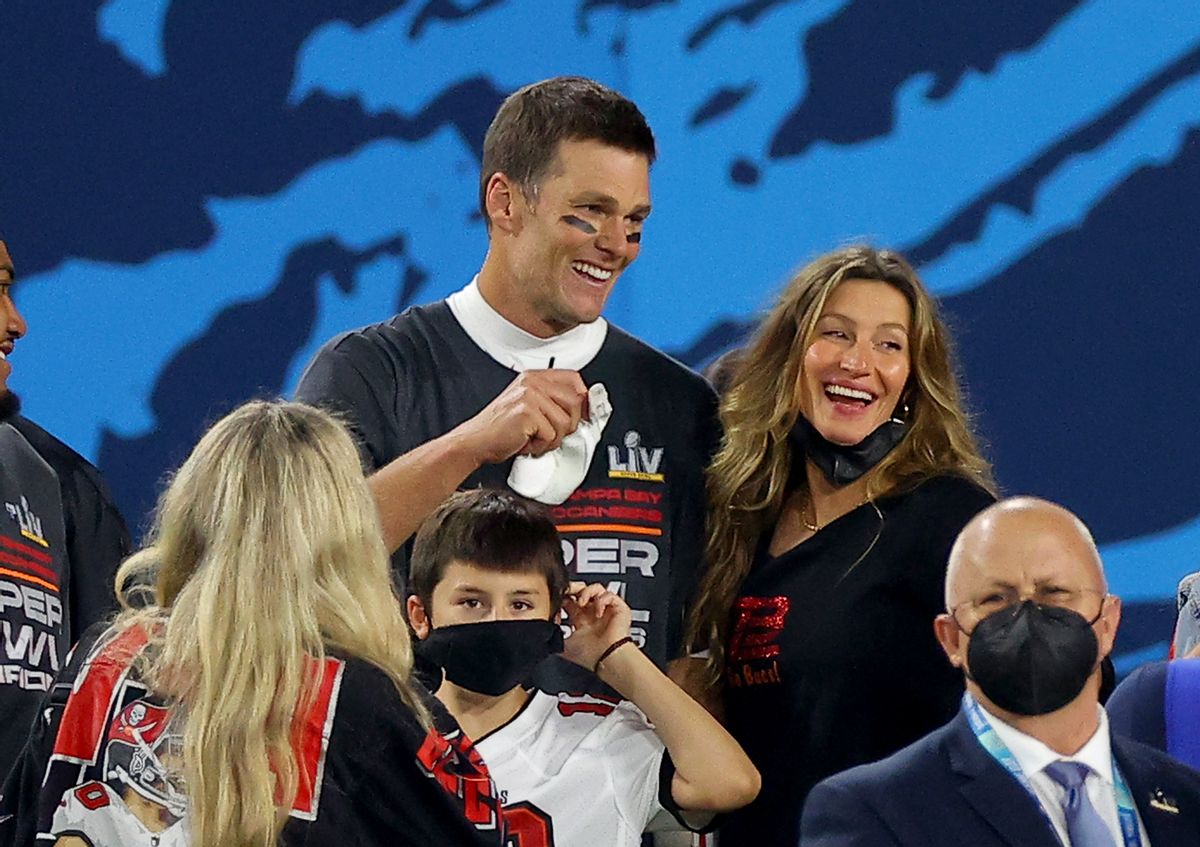 On Feb. 7, 2021, NFL quarterback Tom Brady won his seventh Super Bowl at Super Bowl LV. The next day, an online advertisement teased news that purported that the quarterback for the Tampa Bay Buccaneers received his private jet as a gift. It read: "[Photos] Tom Brady's Private Jet Was a Gift from Whom?" The ad about Brady was surrounded by other misleading and strange advertisements. One was about Monica Lewinsky's net worth. Another ad about actor Jack Nicholson's house contained broken English. It read: "[Photos] Jack Nicholson is Old Now and Lives in Such House." Readers who clicked the ad about Brady purportedly owning a gifted private jet were led to a 119-page slideshow article. They had to click "next page" more than 100 times to reach the page about him. He appeared near the end of the story.

It's true that Brady traveled on private jets in the past. However, the story said nothing of his receiving one as a gift:

Brazilian supermodel Gisele Bundchen had found a rather great solution for herself and her family since they are always on the go. Her husband and she own a private jet in order to fly back and forth from their LA home to Brady’s work in Boston as well as Gisele’s work in Paris to San Paulo where her family resides permanently.

Brady doesn’t commute with the rest of his team members when they head off to their games, instead, he travels with his wife and children in their sleek black Gulfstream jet. Well, it might not be as fun but at least he gets more time with his family while traveling for work.

The ad appeared to be nothing more than clickbait and "arbitrage."

In June 2008, The Boston Globe reported Tom Brady's then-girlfriend Gisele Bündchen bought a Gulfstream G550 private jet. However, on Jan. 24, 2021, Business Insider also reported that the couple "doesn't own a private jet." They married on Feb. 26, 2009.

Either way, there was no indication that Tom Brady and Gisele Bündchen received a private jet as a gift.