Did students work a prohibited blessing into a graduation ceremony by all spontaneously sneezing at the same time? 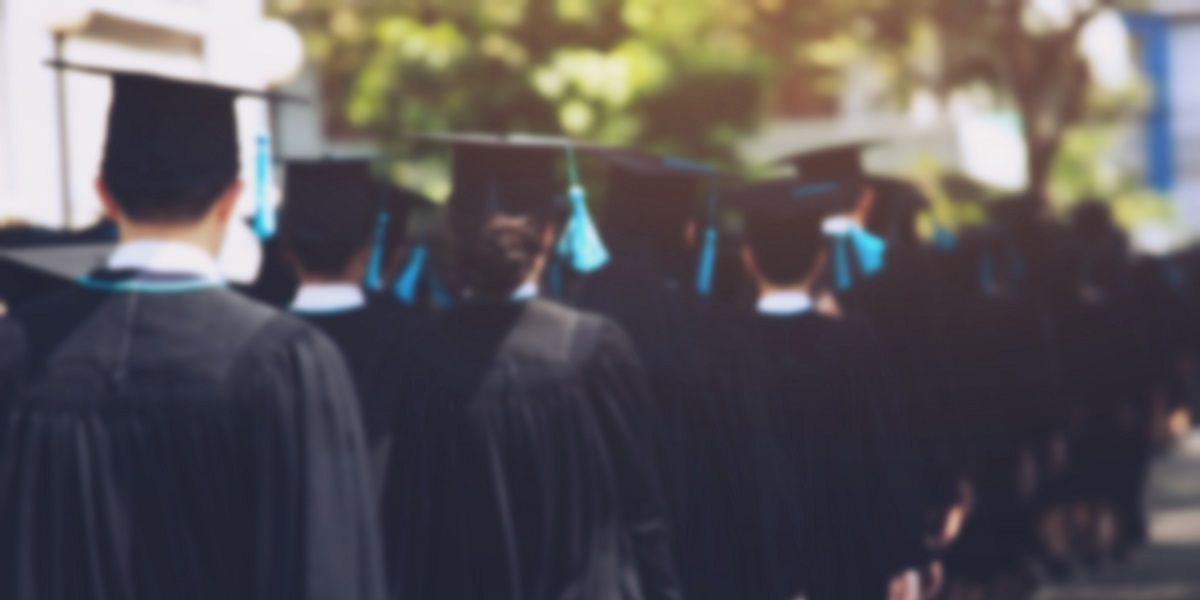 Claim:
A sneeze during a graduation ceremony prompted a response of 'God bless you,' thereby working a prohibited blessing into the proceedings.
Rating:

A student sneezed during a commencement ceremony, prompting a blessing in response.

A single student sneezed, not the entire class; the sneeze was faked, not spontaneous.

This account of a sneeze at a graduation ceremony prompting a "God bless you!" response that got around a prohibition against an official benediction being made part of the convocation ceremony is, at its heart, a true story. However, the e-mailed narratives chronicling the event have altered the details of what actually took place in a number of important ways and thus shouldn't be viewed as truthful accounts of what happened. Perhaps they are best described to others as "based on" a true story, an appellation that conveys a message of truth's having been stretched or recast into different forms to make a more tellable story than a pure narration of the facts would have provided.

They walked in tandem, each of the ninety three students filing into the already crowded auditorium. With rich maroon gowns flowing and the traditional caps, they looked almost as grown up as they felt.

Dads swallowed hard behind broad smiles, and moms freely brushed away tears. This class would not pray during the commencements, not by choice but because of a recent court ruling prohibiting it.

The principal and several students were careful to stay within the guidelines allowed by the ruling. They gave inspirational and challenging speeches, but no one mentioned divine guidance and no one asked for blessings on the graduates or their families.

The speeches were nice, but they were routine until the final speech received a standing ovation. A solitary student walked proudly to the microphone. He stood still and silent for just a moment, and then, it happened. All 92 students, every single one of them, suddenly SNEEZED!

The student on stage simply looked at the audience and said, "GOD BLESS YOU, each and every one of you!" And he walked off stage.

The audience exploded into applause. The graduating class found a unique way to invoke God's blessing on their future with or without the court's approval.

Isn't this a wonderful story? Pass it on to all your friends and GOD BLESS YOU!!!!

The facts of the story are these: The incident the e-mail is based upon took place on 20 May 2001 during the commencement exercises at Washington Community High School in Washington, Illinois. With the help of the ACLU, the family of Natasha Appenheimer, that year's valedictorian, brought suit to prevent the inclusion of the invocation and benediction traditionally given at the school's commencement ceremony. The suit was decided in the favor of the Appenheimers when, three days before the ceremony, the court handed down a temporary injunction barring the inclusion of the prayers on the basis of their having been deemed "school sponsored" (and thereby an unconstitutional violation of the first amendment's "establishment clause"). Though the school had said it would contest the ruling that barred it from sponsoring prayer at its graduation ceremonies, it dropped such plans in July 2001 once it came to some appreciation of how much such a legal battle might cost.

People were angered by the decision, which overturned a tradition of 80 years' standing at Washington Community High. Many found unique ways of protesting the judge's ruling. Before the ceremony, students organized a prayer vigil around the school's flagpole. Some 50 seniors clasped hands in a circle while about 150 underclassmen and members of the community encircled them. Several students festooned their mortarboards with religious slogans: "I'm praying now," "Amen," "1 nation under God," "I will still pray 2 day," and "Let's Pray 01." One parent distributed 120 homemade wood-and-nail crosses among the students.

Yet it was the act of Ryan Brown, a member of the graduating class who was scheduled to give a speech during the event, that is now celebrated in the e-mail forward. As his form of protest, he had worked it out with a handful of friends that when he faked a sneeze at the podium, they were to cry out "God bless you." The plan was carried out as envisioned, with everyone who had been in on it playing their assigned parts. (Mr. Brown also made another protest on his way to the podium: he stopped to bow in silent prayer, an act that prompted the audience to stand and applaud. He replied to the crowd, "Don't applaud for me, applaud for God.")

A month after the commencement, the online account that is the meat of this article began to circulate. In that embellished version, the speaker's sneeze was cast as being accidental, and the response it provoked spontaneously and unthinkingly issued from each of the graduating students almost as if they had spoken with one voice. This marked a tremendous departure from the truth, as the actual sneeze had been faked and the benediction (which was pronounced by only those few of the graduating seniors who were in on the plan) had been scripted. There was no spontaneity to the act, no unwilled inescapable "at-choo!" that prompted the unpremeditated yet socially-obligated reply of "Bless you!" -- that repositioning of the event was authorial embroidery. (As to why we routinely salute in such fashion those who sneeze, our article about the origin of this tradition tells all.)

That June 2001 fictionalization presented the sneeze and response as fortuitous accidents and asserted that the whole graduating class imparted the blessing, which represented two major strayings from the truth. However, even with those meanderings off the path of veracity, this earlier account stayed far closer to the facts than did a 2004 version which switched the roles the students had played to make for better storytelling. In that version, 92 students all sneezed at once, and the one lone speaker blessed them.

Here are the key sections of both stories:

A solitary student walked proudly to the microphone. He stood still and silent for just a moment, and then he delivered his speech ... an astounding SNEEZE!.

The rest of the students rose immediately to their feet, and in unison they said, "GOD BLESS YOU."

A solitary student walked proudly to the microphone. He stood still and silent for just a moment, and then, it happened. All 92 students, every single one of them, suddenly SNEEZED!

The student on stage simply looked at the audience and said, "GOD BLESS YOU, each and every one of you!" And he walked off stage.

Obviously, it makes for a more satisfying tale of tables having been turned if the graduating class receives the blessing rather than bestowing it. (They are, after all, the ones being launched into the world as newly-minted adults.) The switched-role version also hints more strongly of a divine hand's having guided the event: one speaker's sneezing could be chalked up to a random inhalation of dust motes, but 92 graduating seniors all erupting in an explosive sneeze at the same instant would probably require some assistance from the Almighty to bring about.

The newer version of this tale is more of a departure from reality, but both it and the earlier incarnation should be treated as fictionalizations. In both cases, a whole lot of truth got mixed in with some falsehood.