Why Do We Say 'Bless You!' When Someone Sneezes?

Some questions, no matter how simple, don't have one knowable answer. 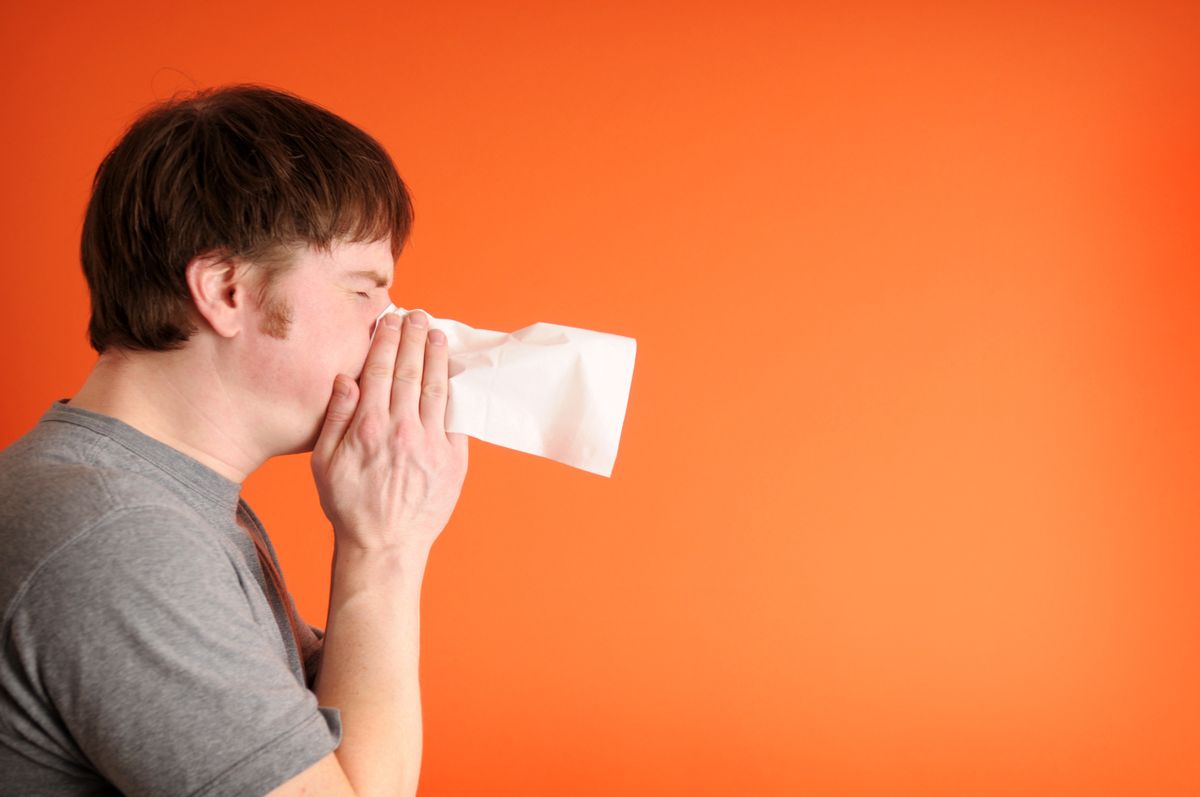 Color photo of a man sneezing or blowing his nose into a facial tissue in front of an orange background. Room for text on right. (Image Via Getty Images)

Claim:
The origin of saying "Bless you!" when someone sneezes stems from an ancient desire to safeguard the sneezer's soul or to commend the dying to the mercy of God.
Rating:

It's expected we'll say "Bless you!" (or "God bless!") when someone nearby sneezes, but does anyone really know why we do this? Are we trying to protect the sneezers from evil spirits? Are we fending off the Devil? Is this a remnant of an ancient recognition that sneezers aren't long for this world, thus we commend their souls to God even as we wash our hands of them? Are we congratulating them on their impending good luck? (As silly as this may sound now, sneezing was at one long-ago time seen as a fortuitous portent.)

Some questions, no matter how simple, don't have one knowable answer. Though a number of "explanations" exist for this custom, nothing points to any one of them being its origin.

Common among these explanations are:


So many explanations — each deeply believed — for such a simple and often unquestioned practice. And we'll never know which one is right.

We look to what has been recorded about this practice of blessing a sneezer for any clues to the reasons that prompted its origin. Once again, we are disappointed; although the practice is old enough for mention of it to surface in ancient writings (the earliest from the generation right after Christ), no one apparently deemed it noteworthy enough to explain why anyone would think to do this. By the time anyone thought to question the reason for the custom, blessing people when they sneeze had already been deeply ingrained in our evolving culture for century upon century. At this point, although folks were quick to assert various reasons for these oaths (talking through one's hat is not new; even folks from centuries ago were fond of engaging in this practice), no one could honestly be said to know the definitive answer, no matter how authoritatively he stated his position. Certainly none of the later scribes who saw fit to pass along their explanations of the practice could point to anything from the time of the custom's origin that would explain it.

The oldest sightings mentioned in Opie and Tatem's A Dictionary of Superstitions are:

Why is it that we salute a person when he sneezes, an observation which Tiberius Caesar, they say, the most unsociable of men, as we all know, used to exact, when riding in his chariot even?

'Bless you, my dear!' he said, and 'bless you, bless you!' at the second and third sneeze.

Dick cannot blow his nose whene'er he pleases, His nose so long is, and his arm so short; Nor ever cries, God bless me! when he sneezes — He cannot hear so distant a report.

The earliest mentions of the practice carry no hint of the reasons for the practice, leaving us with a mystery.

Protective oath? (And, if so, was it to keep the soul in or the demons out?) Commendation of the dying to God's mercy? Something to do with the sneezer's heart stopping? Recognition of good fortune? A response, in substance if not in kind, to the utterance of another? There's no way to tell now; the reason behind the origin is lost in the mists of time.

Of the five most touted answers, the last is the reason for the practice's survival into modern times and could even be the key to the origin of the custom.

Our perceptions of evil spirits, souls, and the Devil change over the centuries, as does our view of how the heart works, how to act around the dying, and our beliefs about what customs attract good luck. Yet one constant survives the ages: the need for manners. Expressions of politeness are often crystallized into formulaic responses, with Social prompting Thus the standardized responses of "Bless you!" or "God bless!" now impart little other than a message of empathetic acknowledgement. They are ordinary politenesses that are offered immediately and almost without thought whenever a sneeze is heard.

The need to recognize that one has been spoken to or saluted in some other fashion (an acquaintance waves from across the street, for example) lies behind our habit of acknowledging greetings with a like degree of civility and friendliness even if we don't much care for the person hailing us. Such responses have become so deeply trained into us that for us humans the hardest thing to say is nothing at all.

These days, one says "Bless you!" because it is expected, not out of concern for the wellbeing of the sneezer's soul or heart, a need to disassociate oneself from the dying, or envy for another's presumed luck. We do it because we've been taught this is an obligatory response whose omission would seem glaring. We "bless" out of a desire to not be perceived as impolite, a perception that would take root if the sneeze were to be received in silence.

In the final analysis, it may not be as much about souls leaping out or demons clawing to get in as it is about simple human acknowledgement of another's presence.