Did a 1919 Comic Predict Cell Phones?

"We shall certainly be 'rung up' at the most awkward moments in our daily lives!" a caption reads. 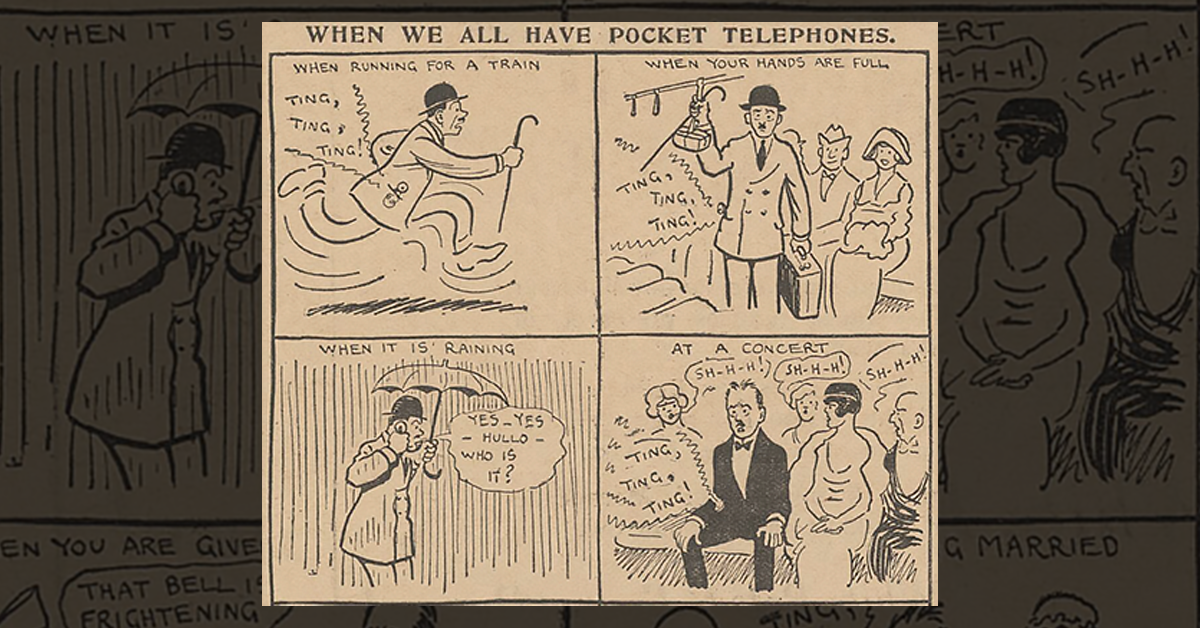 On March 5, 1919, the British tabloid The Mirror published a comic strip titled, "The Pocket Telephone: When Will It Ring." The answer to that question was, according to the illustration, essentially all the time: 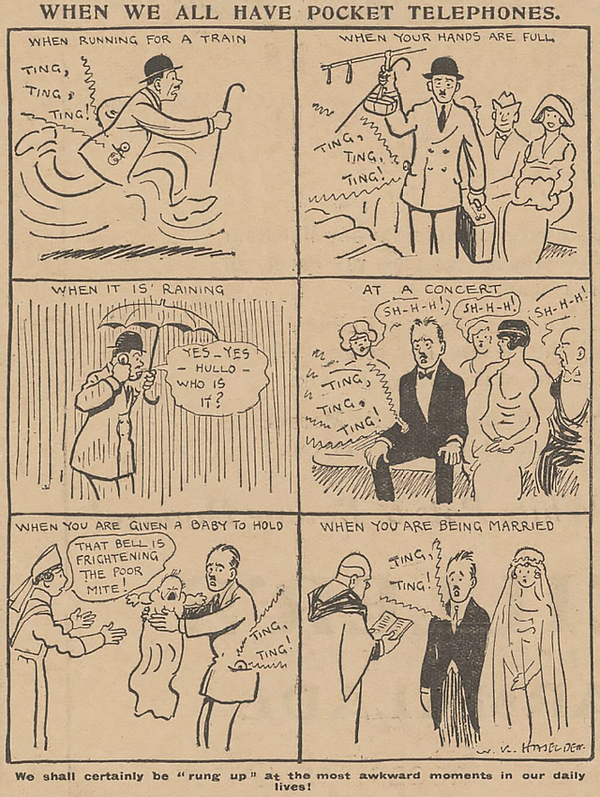 A Snopes reader asked us to confirm the comic's authenticity; it was truly a creative work from 1919. According to the British Cartoon Archive, the comic was created by W. K. Haselden and first published in The Mirror on March 5, 1919. It was subsequently republished on Jan., 23, 1923, with the caption, "When we all have pocket telephones." For those reasons, we rated this claim "True."

The comic was seemingly a response to a claim by the Marconi Wireless Telegraph Company — an early player in long-distance wireless communication — that it was not far off from the realization of a pocket-sized wireless phone, as described in a widely syndicated March 1919 wire report:

London, March 2 — Experiments in a new type of wireless telephone are so far advanced that it is proposed within a few weeks it will be possible to speak between London and New York. While the establishment of a regular commercial service by wireless telephone between London and New York early next year is expected by the Marconi company, according to a statement by Godfrey C. Isaacs, managing director of the company, to a correspondent of the Daily Mail.

An early realization of pocket wireless telephone is also foreshadowed by Mr. Isaacs, who says that experiments have led him to believe that the pocket wireless will be in everyday use at no distant date.