Does STAN Stand for 'Send The Authorities Now'?

This acronym's alleged meaning was created after Gabby Petito's disappearance. 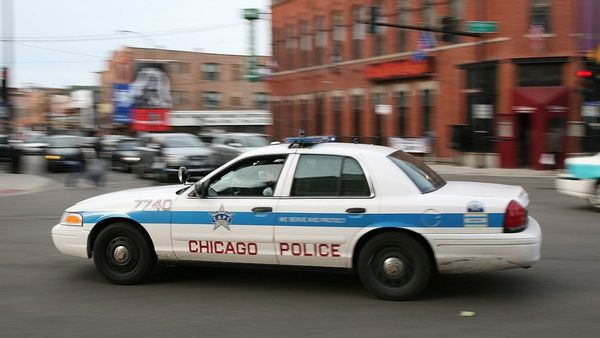 Claim:
STAN is a widely accepted acronym for "Send the Authorities Now."
Rating:

The claim that "Stan" is an acronym for "Send the Authorities Now" was concocted AFTER the disappearance of Gabby Petito when internet users inferred meaning into one of her final text messages. People should not assume that recipients of a text message containing the word "Stan" will know that this is code for "Send the Authorities Now." This is not a widely accepted acronym, nor is this method endorsed or promoted by professional bodies that deal with domestic violence.

In September 2021, internet users were made aware of the final text message sent by Gabby Petito, a 22-year-old woman who was found dead after going missing in Wyoming, when a search warrant filed by authorities in Florida to search the home of her boyfriend, Brian Laundrie, was made public.

The text message, sent on Aug. 27 to Petito's mother, read: "Can you help Stan, I just keep getting his voicemails and missed calls."

While authorities noted that Petito's mother found the text strange (the search warrant states that "the reference to ‘Stan’ was regarding her grandfather, but per the mother, she never calls him ‘Stan’), internet users quickly invented their own interpretations of the text, claiming that "STAN" was an acronym for "Send The Authorities Now." "Stan" is not a widely known acronym for "Send The Authorities Now," and there's no evidence that Petito was using this word to send a secret message to her mother.

The claim that "Stan" was an acronym appears to have been invented by internet users AFTER they were made aware of Petito's final text message. We were not able to find any references of "Stan" being an acronym for "Send The Authorities Now" prior to Petito's disappearance.

We searched Google, Twitter, Facebook, and Reddit for any mentions of this acronym. While we found dozens of hits for this acronym after this search warrant was made public, we did not find a single one prior to this documents release on Sept. 20, 2021. Our searches through Newspapers.com and Google Books also came up empty, and we found no mentions of this acronym on the website for the National Domestic Violence Hotline. While it's possible we missed some historic reference to this acronym, "Stan" was clearly not a widely known acronym for "Send The Authorities Now" before Petito's disappearance.

This rumor is similar to a claim that was popular in 2015 when social media users spread messages about the "Black Dot Campaign." This campaign claimed that people in domestic violence situations could place a black dot on their hands in order to alert others that they were in a dangerous situation. However, this campaign was not endorsed by any professional organizations and, more importantly, the people who would be most likely to help when spotting this "black dot" (police, therapists, doctors, etc...) were not being trained to recognize this symbol.

The claim about "Stan" runs into the same problem. These secret codes only work if both parties are aware of their meaning. As of this writing, this is not a commonly accepted acronym and people should not assume that the recipient of a text message containing the word "Stan" will know that this is a discreet call for help.

If you are experiencing domestic abuse, you can contact the National Domestic Violence Hotline by texting START to 88788, calling 1-800-799-SAFE(7233), or via online chat on TheHotline.org.