Can victims of domestic violence secretly signal for help by drawing black dots on their palms? 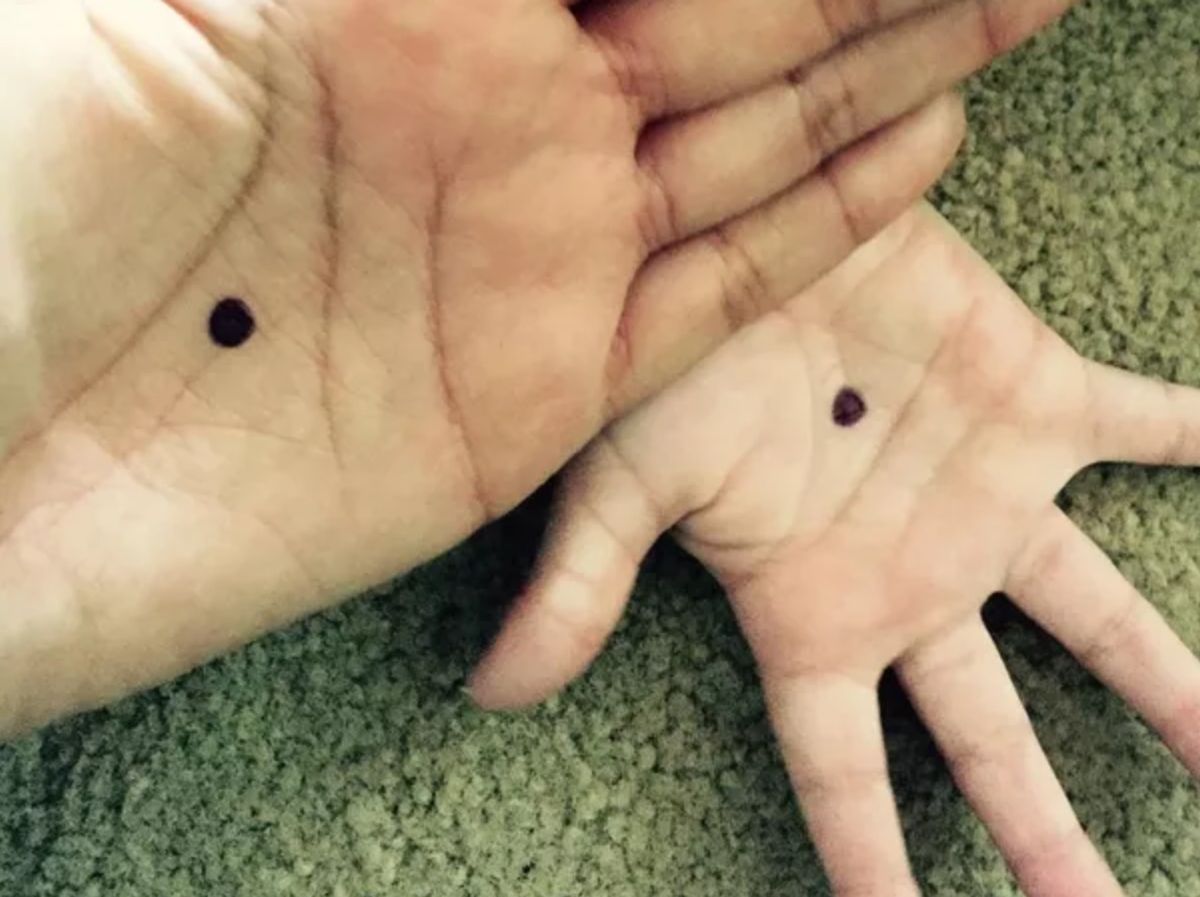 Claim:
Victims of domestic violence can effectively send out a secret signal for help by drawing black dots on their palms.
Rating: On 8 September 2015, victims of domestic violence were offered a sliver of hope when the Black Dot Campaign told them that they could silently call for help by drawing a black dot on the palms of their hands:

The Black Dot Campaign is to enable victims who can not ask for help verbally to ask for help with a simple black dot and people recognise this and help. This is a campaign to help the most vulnerable victims of Domestic Violence. They simply draw a black dot on their hands and agencies, family, friends, community centres, doctors, hospitals can recognise this person needs help but can not ask for it.

The original ethos for this campaign was to enable a victim to put a dot on their hand around someone they trusted to enable a conversation to start, so they could open that door and hopefully start a process of seeking professional help.

This is an idea, thinking outside of the box, trying to open up the worlds eyes and ears to what is going on in terms of abuse. The idea came from a former domestic violence victim.

Professional bodies have not been advised or trained in the Black Dot, what it symbolises and what it means

This isn't the solution that will help everyone, if anything it should help people realise what abuse is, how it affects people and how to access help.

and most importantly SAFETY MUST ALWAYS COME FIRST. If you see a black dot or are approached by someone for help, if safe to do so take them to safety and get them in contact with the relevant agency. Intervention and support should only be done by professionals

The above-displayed notice contains two very important details: First, "professional bodies have not been advised or trained in the Black Dot, what it symbolises and what it means." Second, "this is an idea, thinking outside of the box, trying to open up the worlds eyes and ears to what is going on in terms of abuse."

The black dot campaign is merely one person's idea for helping victims of domestic violence; it is not an officially-sanctioned program, and it is not taught to police officers, doctors, counselors, or anyone else who may be able to help someone in an abusive relationship. While victims of domestic violence can certainly draw a black dot on their palms, they should not rely on that symbol's bringing anyone to their aid. It should also be noted that this "secret way of calling for help" is no longer a secret: any abuser with Internet access may now be aware of the Black Dot Campaign, negating the primary purpose of the black dot method.

"The Black Dot campaign is a very well-meaning idea, but a bad idea nonetheless. I believe that the woman who started the campaign is a survivor herself. The campaign is spurring conversations but there are better ways to go,” she explains. Project Sanctuary explained that victims could be putting themselves at risk by drawing something on themselves that their abuser could see. “Another issue with the campaign is that not everyone you flash the black dot to is connected to social media,” she continues.

“The campaign is getting a lot of attention, so abusers may also be aware of it. They might question why their partner would have the dot on their hand. A well-meaning family member could also see the dot, and inadvertently compound the violence,” she explains.

“The Black Dot was a way to silently tell someone that you are in a domestic violence situation, but when would it be appropriate to use it? At the grocery store? At the doctor’s office? Someone who was being completely controlled would be told by the abuser that they want to be in the exam room, so the victim would not be able to tell their doctor that they were in a domestic violence situation.

“Most medical professionals are highly trained to look for cues that might suggest someone was being abused. They would ask the alleged abuser to leave the room to have a confidential conversation, and the black dot would not be necessary.”

Polkinghorne suggests that there are many ways for concerned friends and family to help a person whom they suspect might be in an abusive relationship.

“If you’re a domestic violence victim and you are alone with a friend, you have an opportunity to say something to them,” Polkinghorne explains. “There are many options available.”

“General warning signs include a person seeming overly afraid or anxious to please their partner, and going along with everything their partner says or does. Do they seem to check in too often with their partner? Do they constantly have to report their whereabouts and what they’re doing?”

Other warning signs include receiving frequent, harassing phone calls from a partner, insufficient excuses for bruises and injuries, or missing school, work or social occasions. “If she’s wearing turtlenecks or other inappropriate clothing in the summer or if she wears sunglasses indoors, she could be covering up bruises or other injuries.”

Another concern is if the victim seems to be restricted from socializing with family or friends, if the frequency of socialization has changed dramatically or if the victim rarely goes out without their partner. Limited access to money, cars or credit cards can indicate control issues. “More serious signs include the person appearing depressed, anxious or suicidal, or if their self-esteem has plummeted.”

While the Black Dot Campaign may have been started with good intentions, it does not yet offer a safe and reliable way for victims of domestic violence to get help.