Did a Slaughterhouse Employee Murder 71 Coworkers?

You might think this would be an expected occupational hazard of working in a 'slaughterhouse.' 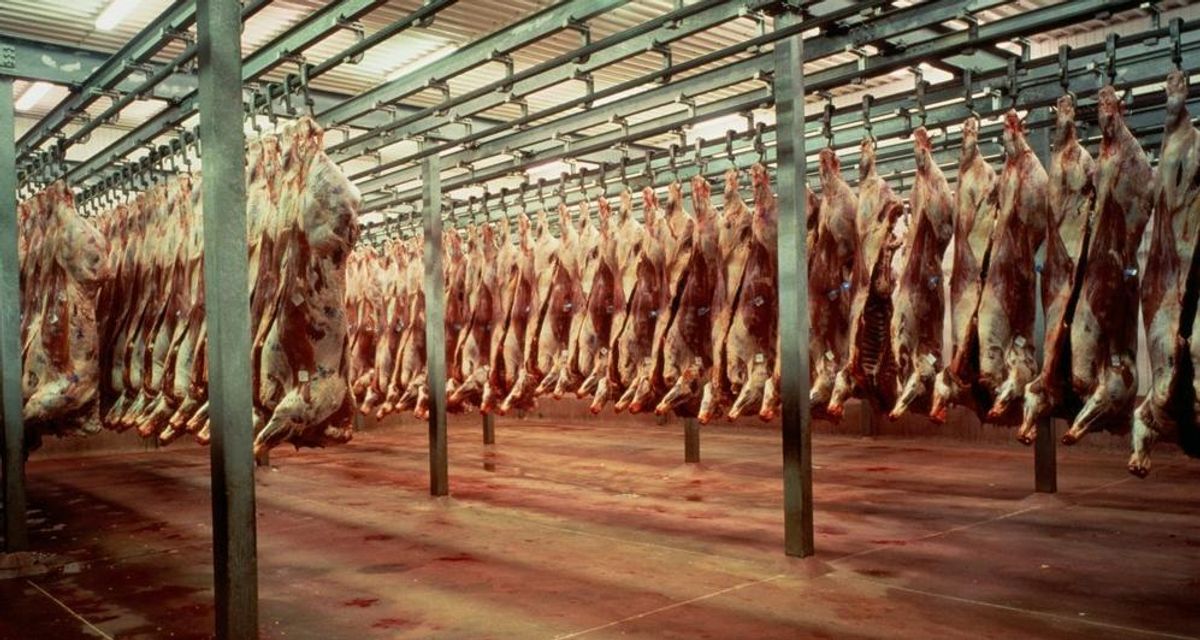 Claim:
An employee at a meat packing plant killed 71 coworkers over 17 years.
Rating:

On 10 September 2015, the web site World News Daily Report published an article reporting that an employee of a meat packing plant in Texas named Jeremiah Burroughs has been formerly charged with killing 71 of his coworkers over a 17-year span:

A Texas meat packing plant is under investigation by local authorities as one of their employees is suspected of murdering a tragic 71 coworkers during his 17 years at the slaughterhouse, reports the Dallas Telegraph this morning.

Jeremiah Burroughs, age 57, has been formally accused of the murder of no less than 70 coworkers after the disappearance of 71 coworkers since 1998 had raised local authorities suspicions.

The discovery this week of human bones in a neighboring rendering plant which recycles slaughterhouse byproducts had raised the alarm and forced local authorities to crack down on potential suspects.

"He was just a normal guy, like anybody else" admits coworker Adam Willfur. "I admit it's strange he still lived alone with his mother, but he seemed to really enjoy his work. He'd rip off the skin of a carcass in a matter of seconds and would chop off its limbs in a flash. Whatever he did, he was a heck of a good worker, that's all I’ve got to say about him" admitted another.

There was no truth to this story. The World News Daily Report (WNDR) is a fake news web site whose disclaimer notes that they do not publish factual news articles:

The World News Daily Report was also responsible for fake news stories about loggers accidentally cutting down the world's largest tree, Yoko Ono's admitting to an affair with Hillary Clinton, and a 179-year-old man living in India.