Did 'The Simpsons' TV Show Predict the Fire at Notre Dame? 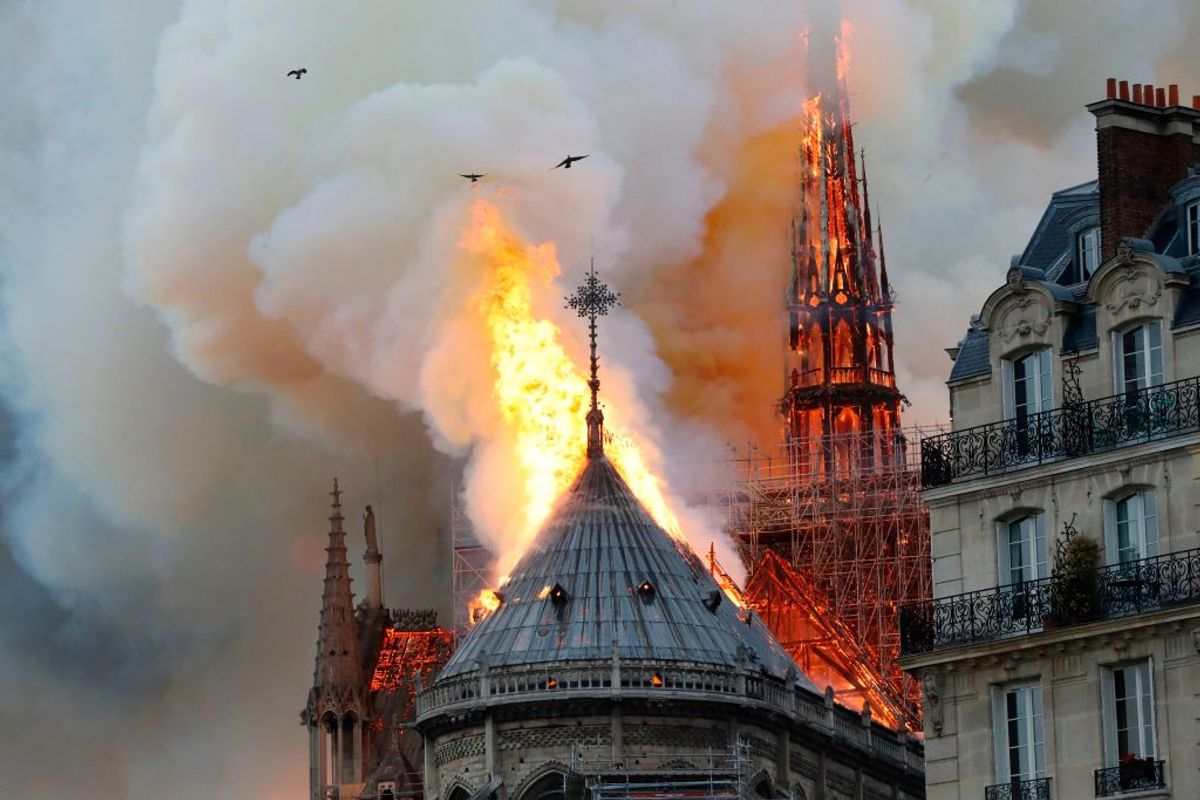 In mid-April 2019, shortly after a fire broke out at the Notre Dame Cathedral in Paris, an image supposedly showing a screenshot from an episode of the television show The Simpsons started to circulate on social media attached to the claim that the longest-running American sitcom had once again "predicted" the future: The Simpsons show did not predict the fire at Notre Dame.

While a cartoon version of the Notre Dame Cathedral does appear at least once in the fictional town of Springfield, this image has been digitally edited. The original still from the show didn't feature the church on fire, nor Mr. Burns standing outside.

The Notre Dame of Springfield appears in the episode "Husbands and Knives" from the show's 19th season. As with many other "prediction" rumors, The Simpsons was actually spoofing a previous event, not predicting one that had yet to occur. In this case, the show was parodying The Hunchback of Notre Dame.

A description of the episode notes that after Homer undergoes plastic surgery to become a "trophy husband," he gets chased by an angry mob into the Notre Dame Cathedral of Springfield with Marge in his arms:

Homer (in his new hideous look) carrying Marge up the Notre Dame is reminiscent of a scene in The Hunchback of Notre Dame.

After Homer gets his new and disgusting form, Mayor Quimby orders the town to raise their pitchforks and attack Homer. Homer and Marge run to the top of Notre Dame of Springfield tower and Marge, saying she wants a trophy husband, deliberately pushes Homer off the tower.

Later Homer wakes up in the hospital, back to his old self, and learns it all was just a dream.

While this scene did feature an angry mob carrying pitchforks and torches, the church never actually goes up in flames. Here's the unedited image (left) and the Simpsons "prediction" image (right):

The Notre Dame of Springfield also appears in the video game The Simpsons: Tapped Out.

Previous Article
Next Article
Article 1 of 5 in Collection