Was a U.S. Tourist Arrested for Refusing to Trade His Wife to a Saudi Prince?

The report appeared on a website whose masthead reads, 'Where facts don't matter.' 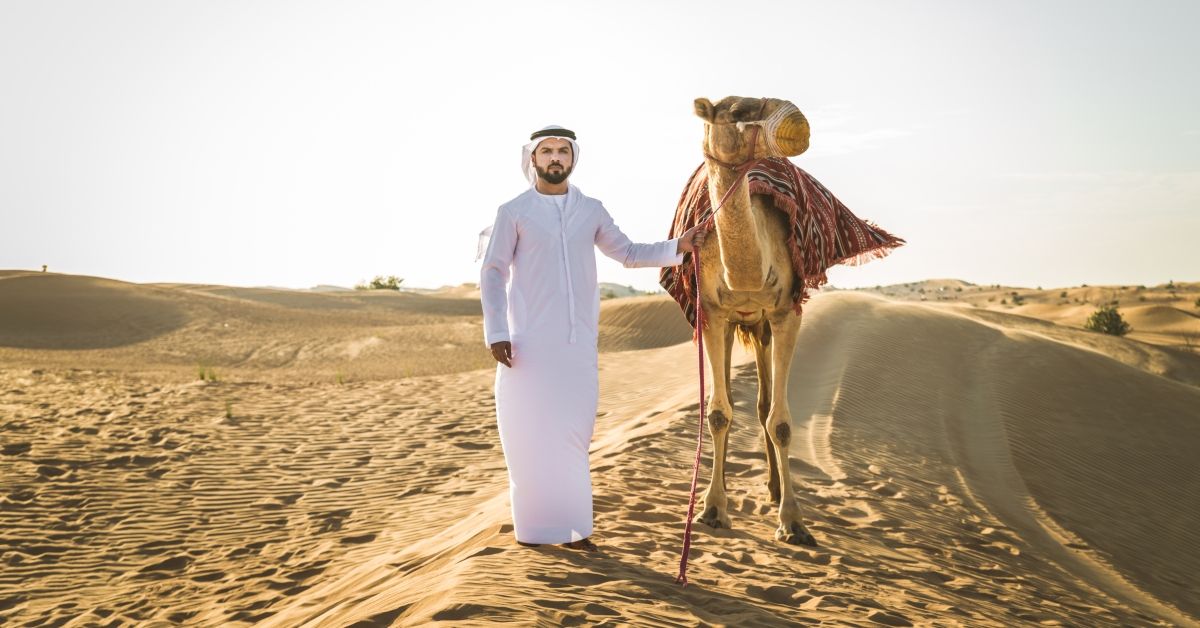 Claim:
A U.S. tourist in Saudi Arabia was arrested for refusing to trade his wife to a prince for 45 camels.
Rating:

On 31 May 2019, the website "World News Daily Report" published an article reporting that an American tourist in Saudi Arabia had been arrested for refusing to trade his wife to a prince in exchange for a herd of camels.

"An American citizen was arrested under the Saudi counterterrorism law this morning in Riyadh and accused of 'defaming the reputation of the state or the king' after refusing an offer from a Saudi prince to trade his wife for a herd of 45 camels," the story began.

59-year old Karim Najibullah, a Ford Motor Company executive from Dearborn in Michigan, and his 27-year old Saudi wife Aliyah, spent the last two weeks visiting her family in the city of Abha, located in the south-western part of the kingdom.

On Wednesday, the couple was invited to a wedding reception where several members of the royal family were also present, including Prince Khalid bin Abdullah Al Saud, a famous horse and camel breeder with a herd including some rare specimens worths [sic] over 2 million riyals ($533,300) each.

During the reception, Prince Khalid attempted to negotiate the purchase of Mr. Najibullah’s wife by offering several of his prized animals, but the American repeatedly declined the prince’s offers.

Najibullah was taken into custody and the whereabouts of his wife remained unknown, according to the article, which further stated that Najibullah faced a likely sentence of corporal punishment, or even death.

Not one word of this found its way into any mainstream press venues, however, nor did it take a great deal of investigation to figure out why. By its own account, World News Daily Report (WNDR) is a satirical website and publishes only fiction. A disclaimer on the site reads:

(We note for the record that the article was subsequently published on at least one other website, "My Christian Shoppe," which carried no such disclaimer.)

Previous Article
Next Article
Article 2 of 5 in Collection

My Christian Shoppe.   "Saudi Arabia: American Tourist Arrested for Refusing to Trade His Wife to a Prince for 45 Camels."    31 May 2019.