The Chinese fast-fashion giant has a long history of environmental issues. 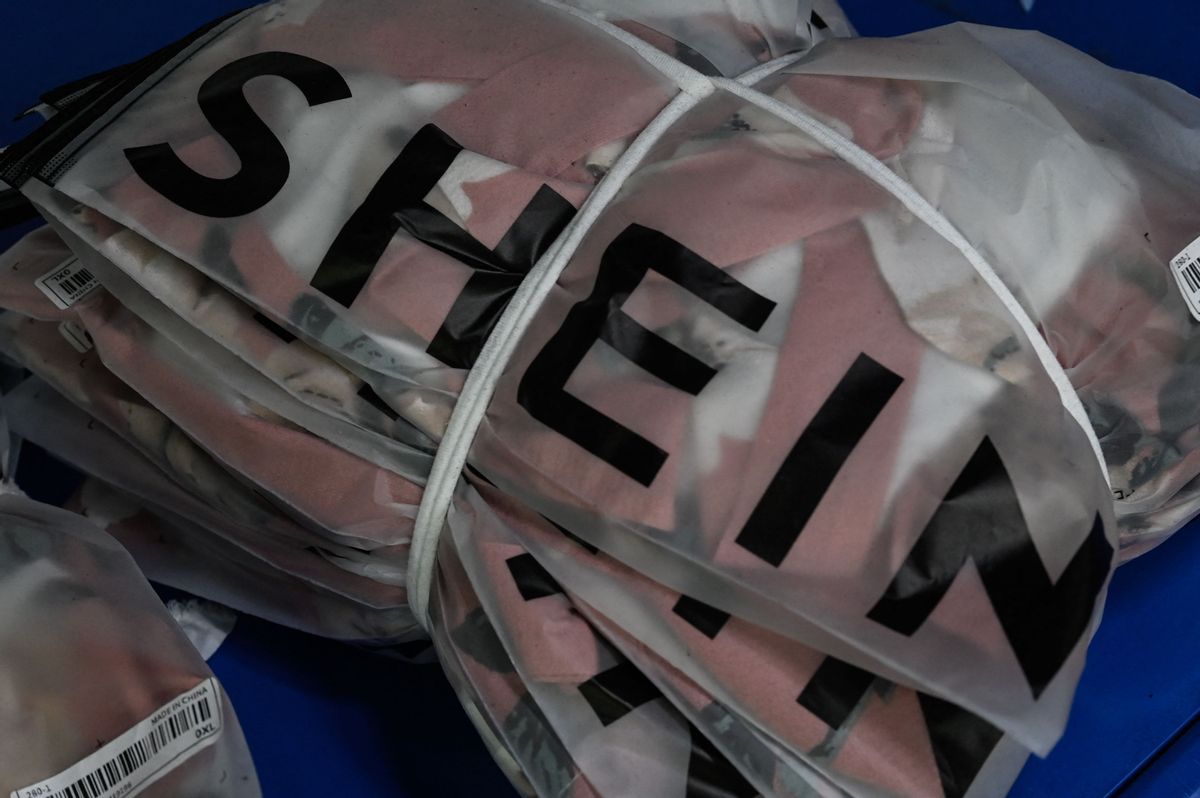 Claim:
Some clothes and accessories manufactured by the fast-fashion giant Shein contain unhealthy levels of lead, as of August 2022.
Rating:

A 2021 investigation by a Canadian investigative consumer watchdog discovered elevated levels of lead and other potentially hazardous chemicals in products available for purchase from Shein and other retailers. In response, Shein said it would remove those products from its apps, cut ties with third-party vendors that helped make them, and conduct chemical safety tests on its products.

There is insufficient evidence to ascertain whether the consumer investigation identified all the items in Shein's massive inventory with lead problems, or to what extent the company has actually eliminated such products from its listings.

The fast fashion approach to clothing manufacture and marketing is known for its disregard of environmental and labor regulations. In October 2021, concerns grew around toxic materials found in products manufactured by the Chinese retail giant Shein. And, about a year later, those concerns made a comeback on social media, with accusations that the company was making lead-contaminated products that threatened customers' health.

The claims followed an investigation, published in October 2021, by CBC's Marketplace, a Canadian investigative consumer watchdog. The investigation looked into 38 items, including pieces of clothing and accessories, from a range of fast-fashion retailers. They identified elevated levels of chemicals such as lead, PFAS (or per-and polyfluoroalkyl substances), and phthalates in products manufactured by Zaful, AliExpress, and Shein.

Miriam Diamond, an environmental chemist and professor at the University of Toronto who oversaw the testing, said: "I'm alarmed because we're buying what looks cute and fashionable on this incredibly short fashion cycle. What we're doing today is to look [for] very short-lived enjoyment out of some articles of clothing that cost so much in terms of our … future health and environmental health. That cost is not worth it."

Shein responded to the report in an email to CBC's Marketplace, saying the company had withdrawn the purse and jacket from their purchasing applications and would stop working with relevant third-party suppliers until the issue "was resolved." However, we were unable to independently verify whether that had actually happened; there were no further details about the company's actions in response to the report, including whether it had indeed removed the items for purchasing and cut ties with certain vendors. As of August 2022, similar-looking purses and jackets were still available on the site.

On Aug. 18, 2022, in response to a tweet from fashion blogger Cora Harrington, who called on people to share companies with similar chemicals in their products, Shein posted about their 2022 regulations:

In the above tweet, Shein stated that it follows product safety standards in the United States, Europe, and a number of other countries, and use materials identified as having low lead risk. In 2022, it said it worked with a number of laboratories to conduct more than 160,000 chemical tests on raw materials and found that more than 99% of the products were determined to be safe. The company also claimed to work with suppliers to meet the necessary safety standards, and terminate agreements with suppliers who violated those standards.

We reached out to Shein after the above tweets went viral to see if it had identified this issue in other products and what it wa doing to address it. Shein sent us a statement that echoes previous remarks it has made about the affected products:

The two products in question from 2021 were quickly removed. We are committed to the health and safety of our customers and regularly test products, such as apparel, cosmetics, and children's wear using standards set by the U.S. Consumer Product Safety Commission, Europe's REACH, and other international regulatory agencies. In 2022, we partnered with globally recognized laboratories such as ITS, SGS, BV, and TUV to conduct over 160,000 chemical safety tests on apparel products, along with additional tests for cosmetics, children's wear, and other products - violations are immediately remediated. We will continue to work hard to provide customers worldwide with safe, quality, and affordable products.

While it does appear that Shein has been taking steps to address the concerns brought forward in the CBC investigation, we do not have enough specific information to confirm if this is true of every single one of their products.

A July 2022 Bloomberg report paints a grimmer picture. Shein has a vast network of contracted manufacturers that enable the company to release thousands of new products and styles at extremely low prices. The company has become a fast-fashion behemoth, making sales worth around $16 billion in 2021 alone according to Bloomberg. Their business model resulted in accusations that its goods were made by poorly paid employees who worked in substandard conditions. The company has a zero rating from Eco-Stylist, a social-enterprise group that scores companies on their commitment to sustainability — while, for comparison, Zara and H&M have 30-point ratings. (Previously, we debunked a viral TikTok video that claimed to show a message from a Shein worker on a product pleading for help.)

Shein representatives have said the company does not tolerate labor-rights violations, but critics believe their regulations will be difficult to implement unless the company pays its suppliers more to ensure they comply with stricter labor policies.

While the lead in the clothes can't cause immediate, drastic harm, children and toddlers could get low level exposure if they chewed the jackets or purses, and their skin is constantly in contact. Diamond pointed out that the harm can continue long-term, particularly if the little red purse deteriorates over time. She added that the harm extends to the laborers who made the product, too, who were exposed to greater amounts of lead in the manufacturing process.

What can unhealthy levels of lead do to the body? Different levels of exposure to lead can cause a range of health challenges in the brain, kidneys, blood system, and nervous system. According to Health Canada, low-level exposure can result in harmful effects on children's development, while pregnant women have to be extremely careful as it can pass through the placenta. High-level exposure can cause "vomiting, diarrhea, convulsions, coma or even death."

This issue is fairly common according to Caroline Cox, a former scientist at the nonprofit Center for Environmental Health. She found that lead is used in a lot of artificial leather items, particularly brightly colored ones. Cox found around 200 companies in the United States using it in their garments and accessories, often in the form of color additives.

"As far as avoiding toxic chemicals in general, I personally as much as possible try to find clothing and stuff made of natural materials like cotton, wool, and leather," Cox told Style Caster. "I think there's fewer problems with natural materials. And if you can find what you're looking for in organic cotton, that helps even more."

In sum, even if Shein withdrew offending products identified in the 2021 CBC investigation like it had promised, we don't know if other items within its catalog of hundreds and thousands of pieces from numerous manufacturers contained or contain dangerous levels of lead or other chemicals. The company has stated publicly that they have addressed the problem, and independent testing their materials may confirm this. Given the company's size and global reach, it is entirely possible that the problem was bigger than the few items caught by the University of Toronto scientists.

Einhorn, Bruce, and Daniela Wei. "Fast-Fashion Behemoth Shein Says It's Cleaning Up Its Act. Will Anyone Buy It?" Bloomberg, 13 July 2022, https://www.bloomberg.com/news/features/2022-07-13/shein-s-fast-fashion-waste-concerns-could-harm-ipo. Accessed 18 Aug. 2022.

Correction [Aug. 24, 2022]: A previous version of this article erroneously stated that Health Canada's limit for lead in children's products was 90 kg/mg. The correct figure is 90 mg/kg.