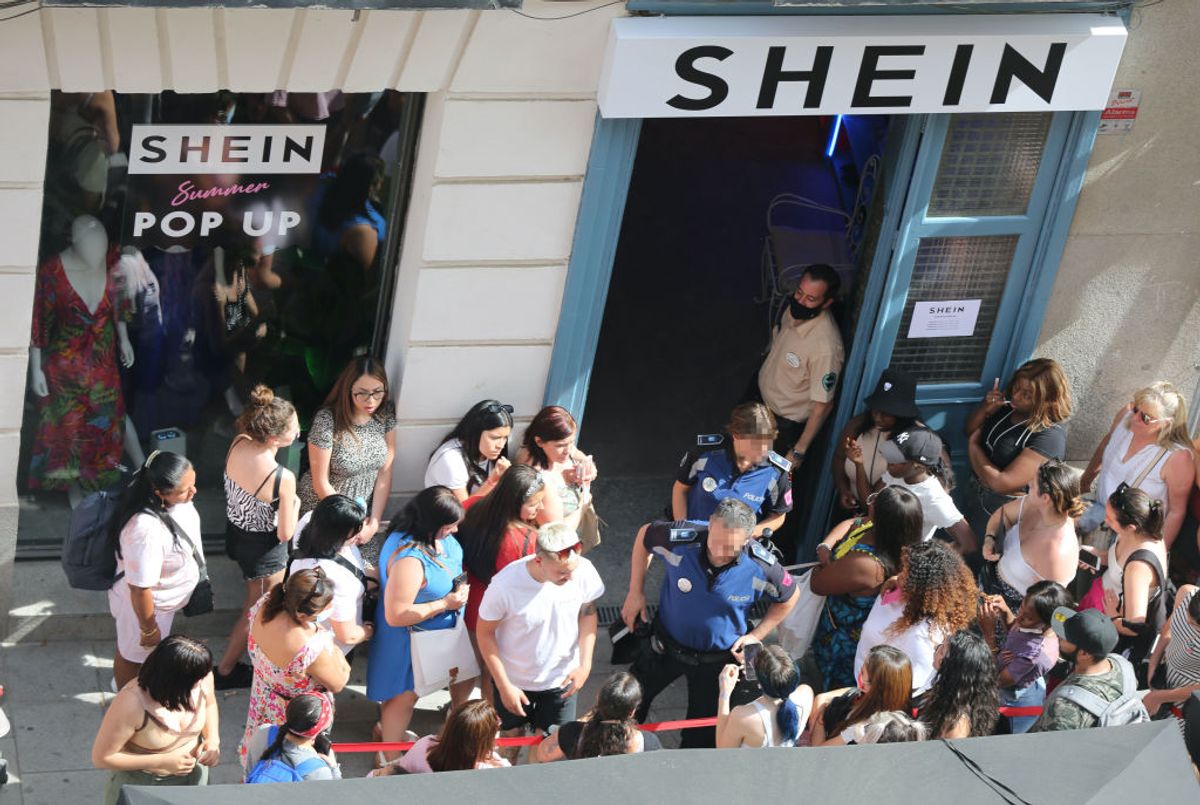 Most of the images included in a viral TikTok video, which decries the labor practices of Shein and other so-called "fast fashion" brands, were misleading. They were not from incidents in which genuine notes from people seeking help were found in clothing packages. However, in at least two instances, the origins of the notes were unclear, and the results of investigations launched when they were found were unknown to us as of this writing.

In early June 2022, various social media users claimed they found messages from garment workers on clothing tags from Shein and other companies that contained cries for help.

In many posts, people uploaded photographs of a tag that read, "Tumble dry, do not dry clean. Due to the water saving technology, need your help washing with the soft detergent at the first time to make the goods softer." Here is a screenshot of one tweet containing the picture, with the Twitter user's name cropped out for privacy:

Despite what the caption states, it's unclear from the actual photograph what brand of clothing this tag is attached to. It furthermore seems clear that the phrase "need your help" isn't a cry for help but awkwardly worded washing instructions for the garment in question. We sent an email to Shein asking whether the tag above was attached to its clothing, and will update when and if we receive a response.

Shein posted a video to its official TikTok account debunking claims that the "cry for help" and other viral images were related to their brand, stating:

"Shein takes supply chain matters seriously," the statement reads. "Our strict Code of Conduct includes policies against child and forced labor and we do not tolerate non-compliance."

Some claimed that the phrase "need your help" was a hidden message. We found no evidence to that effect, especially considering the phrase appears as part of a longer sentence that has a different meaning.

A widely viewed TikTok video contained images of tags with various messages seeking help on them, with the apparent broader message that fast fashion companies employ garment workers under such deplorable conditions that they reach out in desperation via surreptitious messages on clothing labels.

It's no secret that the garment industry has been credibly accused of poor and exploitative working conditions. That said, the TikTok video is misleading, in that not all of the images included in the video could be described as fast fashion clothing tags. Some of the images were screenshots taken from older news stories, while others were not necessarily linked to stories about garment labor.

One image from the video, which as of this writing had been viewed more than 40 million times, shows a woman against a backdrop of a FedEx package that has the world "Help" scrawled in ink on the outside. In that case, it's unclear who wrote "Help" on the package; however, it's unlikely that garment workers would have access to a package at the point of shipping. It seems more likely it was written by someone along the delivery chain from shipping to receiving. Aside from the caption added by the TikTok user, we found no labeling on the package itself showing it was sent by Shein: One of the notes in the video read "Help me plz" handwritten on a cardboard slip. According to news reports, this note was allegedly found in 2015 by a Brighton, Michigan, woman inside a packet of underwear. The underwear was a product of Handcraft Manufacturing of New York but made in the Philippines. A news report indicated the note was written by a woman allegedly named "MayAnn," and included a phone number. The clothing manufacturer launched an investigation after the note was found, the outcome of which remains unclear to us. Another tag in TikTok video allegedly states, "I have dental pain." Again, however, there's no evidence the tag is real. A reverse image search shows this particular picture has been online since at least 2016, turning up periodically as an example of a "funny" clothing tag: In another image included in the video, a tag that says "help me" is on a packaging label for the clothing brand Romwe, a fashion brand based in China: But this wasn't a message of distress. Romwe addressed that issue in 2018, posting on Facebook this explanation:

Romwe’s products, bookmarks we included as a gift to some customers, was named "Help Me Bookmarks" (please see picture below). Some people saw the item’s tag and thought it was a message from those who produced the items. It was not! It was just the item's name!

We are so sorry for the confusion. We have now renamed the product, Romwe Logo Bookmark.

Another image included in the TikTok video was from a 2014 news item: The message has the alert "SOS" written on top followed by a message written in Chinese characters. The image comes from a 2014 BBC news story about the note, which was found on a pair of pants purchased at a Primark clothing store in Belfast, Northern Ireland, and was explained this way by BBC:

"The note, wrapped in a prison identity card, claimed inmates were forced to work 15 hours a day making clothes."

Primark told the BBC it launched an investigation and said the pants were sold several years before the news story broke, and inspections of its supply chain since the time they were manufactured revealed "no prison or other forced labour of any kind was found."

Another picture in the TikTok video contains a stock photograph, not a picture of an authentic clothing tag: In that image, the watermark for stock photo company Alamy can be seen.

Claims that some clothing contain hidden messages are popular online — and sometimes true. For example, in 2020, outdoor brand Patagonia sold clothes labeled "Vote the assholes out" as part of the company's activism about climate change denialism. Another message on the clothing label Tom Bihn went viral in 2004, and was (falsely) claimed to be targeted at former U.S. Presidents Barack Obama and Donald Trump.