Limbaugh would later say he regretted the segment as it made fun of people who were dying excruciating deaths. 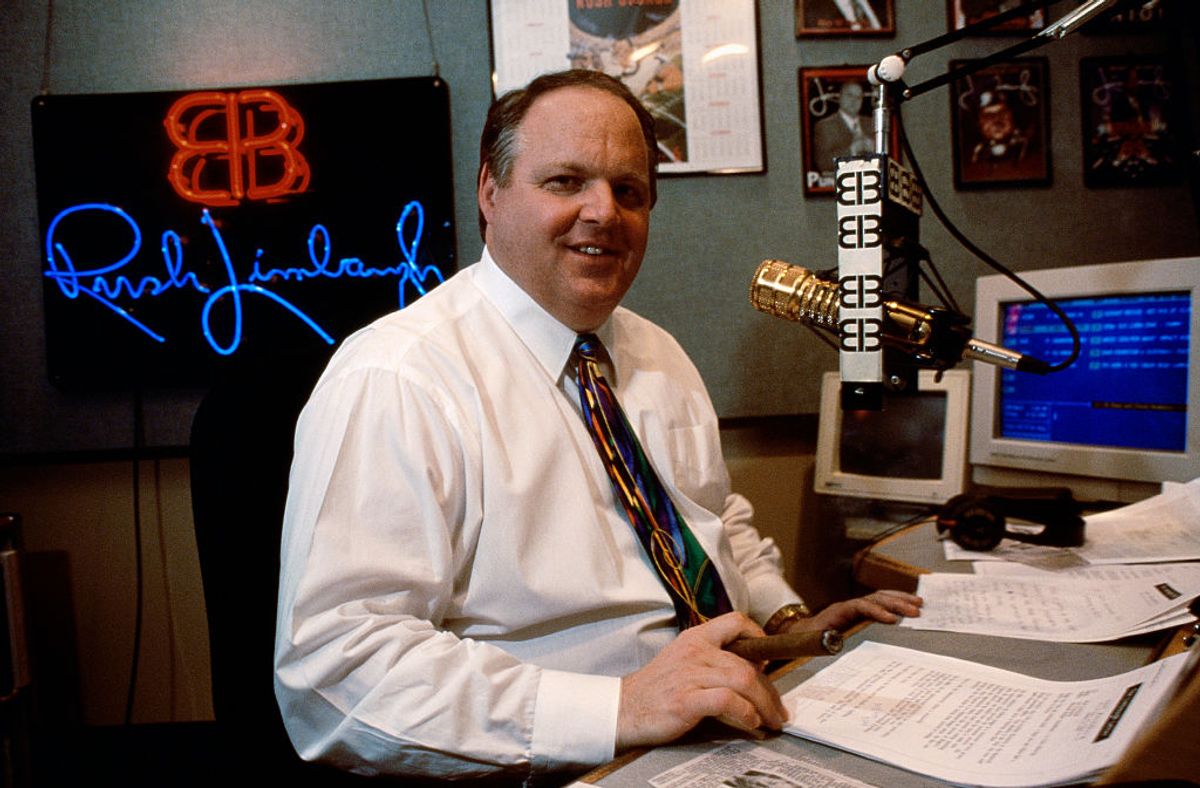 On Feb. 17, 2021, radio host Rush Limbaugh died at the age of 70 after a year-long battle with lung cancer. As conservative fans mourned the death of the radio pioneer, many on social media pointed to Limbaugh's history of making sexist, homophobic, and bigoted remarks. Author Jessica Valenti, for example, posted a message on Twitter stating that Limbaugh once had a segment on his show called "AIDS Update" that mocked the deaths of gay people:

This is true. While we have not uncovered any audio of these segments, we did find a few contemporaneous news articles and comments from Limbaugh confirming the contents of these controversial segments.

Iowa's Cedar Rapids Gazette reported in 1990 that Limbaugh's "AIDS Update," a recurring segment in which he made jokes about a disease that had killed more than 100,000 people in the United States the previous decade, started by playing songs such as "Back in the Saddle Again," "Kiss Him Goodbye," "I Know I'll Never Love This Way Again," and "Looking for Love in All the Wrong Places."

The "Aids Update" segment was short-lived. According to The New York Times, it ended after a few weeks. Limbaugh would call the segment one of "most regretful things I've ever done" because it was "making fun of people who were dying long, painful and excruciating deaths."

Limbaugh, who does not enjoy contretemps, has cut some of his material, especially on homosexuals. He says he was tired of the "harassment" and also feeling a greater responsibility as his audience grows. He killed a running bit on AIDS after two weeks. "It's the single most regretful thing I've ever done," he says, "because it ended up making fun of people who were dying long, painful and excruciating deaths, when they were not the target. It was a totally irresponsible thing to do."

While Limbaugh would come to regret the segment, that didn't stop him from airing other homophobic content. Limbaugh, for instance, had another segment that used former Congressman Barney Frank, a prominent gay politician, as fodder. That segment featured the song "My Boy Lollipop" as slurping sounds played in the background. Limbaugh also spread the unfounded claim that gay men practiced "gerbilling" (you can read more about the unfounded urban legend here) and once said, according to James Retter's book "The Anatomy of a Scandal," that gay men "deserved their fate." The Media Matters site has noted that Limbaugh has a history of homophobic remarks. As recently as 2015, Limbaugh was making the argument that marriage equality would lead to bestialities.