Do Energy Drinks Show Up as Various Illicit Substances in Drug Tests? 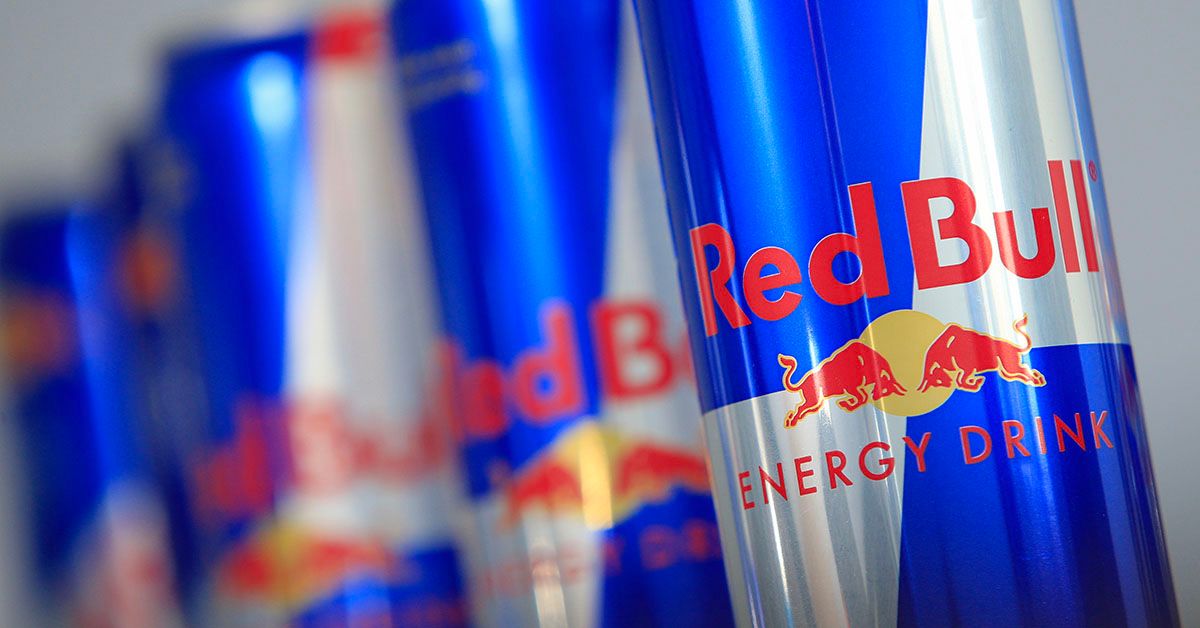 The meme may have alluded (knowingly or unknowingly) to the theoretical possibility that the energy drinks in question could, like other innocuous substances, produce false positives for the drugs listed in the meme.

We found no evidence of a pattern of Red Bull, Bang, or other energy drinks producing false positives for methamphetamine, ecstasy, or the other drugs listed in the meme. The photograph included in the meme did not constitute evidence that supported its claims, which were expressed in misleading and confusing terms.

In late summer 2019, we received multiple inquiries from readers about the accuracy of a viral Facebook post that claimed the popular energy drinks Red Bull and Bang test positive for various illicit substances, including methamphetamines, ecstasy, and the prescription opioids OxyContin and Suboxone.

The claims were posted in July by user Angie Rider Freese, who included photographs of what appeared to be a urine screen-test cup, with "Red Bull" written on the lid. We have edited her post for clarity: Rider Freese subsequently deleted the post in question, but she later confirmed its authenticity with a second post in which she explained that she had taken it down because its viral spread had caused her to be inundated with friend requests and messages. Although the original post was deleted, social media users have continued to share a screenshot of it, meaning its claims continued to be promulgated.

The claims were inaccurate and misleading in several ways, but they did allude (whether knowingly or not) to a flaw in some substance-testing field kits that have caused innocuous substances to incorrectly test positive for drugs such as methamphetamines.

Experts told us that a false positive of this kind could, in principle, be produced in certain tests of a sample of Red Bull or other energy drinks, or a urine sample taken from a person who had consumed the beverages. However, we found no evidence of an actual pattern of such false positive test results.

The first point to clarify is that neither Red Bull nor Bang nor any other energy drink contains methamphetamine, buprenorphine (often sold as suboxone), oxycodone (often sold as OxyContin), or MDMA (commonly known as ecstasy or X). What the meme alluded to (whether knowingly or unknowingly) was the phenomenon of false positives, in which a drug test incorrectly indicates the presence of a substance that is not present, either in a biological specimen (usually urine and blood) or a sample of the substance in question. The ingredients of both Red Bull and Bang can be found listed here.

Despite Rider Freese's claim that the energy-drink samples tested positive for various drugs, it's not clear that the urine test cup in the second photograph illustrates any such positive tests. The test strips on urine screen-test cups, such as the one shown in the photograph, invariably indicate a negative result where two horizontal red bars are visible. The only clearly visible test strips in Rider Freese's photograph show horizontal, double red lines, suggesting negative results for unidentified substances.

The second misleading feature of the meme is that Rider Freese said she used a urine screen test to screen for methamphetamine, buprenorphine, and oxycodone in a sample of Red Bull. This makes little sense, because that kind of test is used to screen for illicit substances in a person's urine, not in a beverage.

Testing substances, rather than biological specimens, is done via a "presumptive substance test." The typical use of such a test would be where police found a powder in someone's car, which they suspected might be a prohibited substance like cocaine or heroin, so they either send a sample of the substance for laboratory testing, or conduct a field test themselves.

These field tests are imperfect and can sometimes produce false positives. However, the preliminary or "presumptive" result they produce is typically enough to give a law-enforcement agent probable cause to make an arrest. After that, samples are typically sent to a laboratory for "confirmatory" testing, which either confirms the initial result, or shows that the initial result was a false positive.

Many private companies design various kinds of field-test kits and sell them to law-enforcement agencies throughout the United States. Those kits vary in their reliability, specificity, and sensitivity, and a pattern of false positives has emerged in recent years, with various innocuous household substances showing up as illicit drugs. For example, the Marijuana Policy Project has documented cases in which chocolate tested positive for hashish, flour tested positive for cocaine, and soap tested positive for gamma-Hydroxybutyric acid (GHB), which is used recreationally and as a date rape drug.

In 2017, Georgia woman Dasha Fincher was arrested and imprisoned for three months, awaiting confirmatory test results, after police performed a field test on a substance that produced a false positive for methamphetamine but was in fact cotton candy.

In principle, it's possible that a sample of Red Bull, Bang, or some other energy drink could produce a false positive for one of the drugs mentioned in the July 2019 meme. However, we found no evidence of an actual pattern of Red Bull or Bang producing such false positives, which significantly undermines the claim that Red Bull "pops" for methamphetamine and Bang "pops" for ecstasy.

It should also be noted once again that Rider Freese attempted to support her claims with photographic evidence of a urine test cup, which is a different test and simply would not be used to test a sample of a beverage (or any other substance) as opposed to a urine sample. Moreover, that photograph did not clearly show a positive test for any substance.

It's possible but unlikely that a urine sample provided by someone who drank a can of energy drink could test positive for methamphetamine or other drugs. Even if it did, it would only be the result of a false positive, just as in the case of substance testing.

Kirk Grates, chemistry research project manager at FIU's National Forensic Science Technology Center, told Snopes: "... There may be some analytes that are contained within these aforementioned energy drinks that could possibly cause a false positive."

In principle, it's possible that certain ingredients in Red Bull, Bang, or other energy drinks might trigger false positives for the drugs listed in Rider Freese's meme, but we found no evidence of an actual pattern to this effect. The photographs posted by Rider Freese did not constitute evidence of a positive result for any substance, and, anyway, she claimed to have used a urine screen test cup to test a sample of Red Bull itself, rather than the urine of an individual who had consumed the drink.

On the whole, we found no evidence to support the specific claims made in the meme, which was in any case expressed in confusing and misleading terms. However, the meme may have alluded (whether knowingly or unknowingly) to the possibility that the energy drinks in question, like other innocuous products, could in theory produce false-positive test results for the drugs listed in the meme, either through substance or urine testing.

As such, we issue a rating of "Mostly False."