Did President Obama Pose Next to a Mile 69 or 420 Marker?

Images showing President Obama next to signs displaying the numbers "69" or "420" are digitally edited creations. 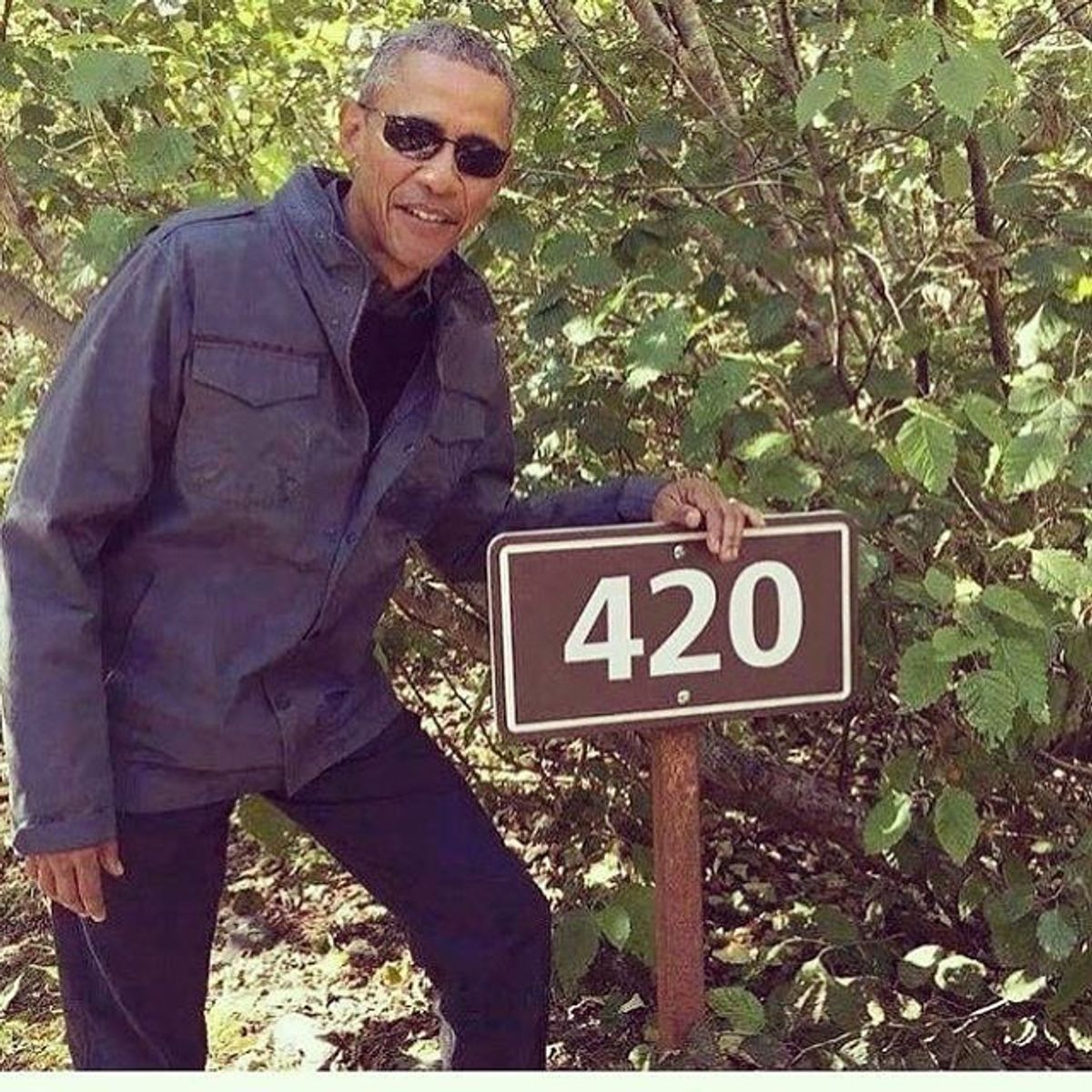 Claim:
A photograph shows President Obama posing next to a 69 or 420 mile marker.
Rating:

On 3 September 2015, the Twitter account @banditqueen_ posted an image purportedly showing President Obama standing next to a mile 69 in Alaska. The accompanying message, "The Leader of Our Country," was an attempt to show how Obama's supposed juvenile sense of humor made him unfit to be President: The photograph, however, was a digitally altered fake. The real image, taken near Exit Glacier in Alaska, was posted to the White House Instagram account on 2 September 2015 and showed President Obama posing next to a sign indicating where the boundary of the now much-receded glacier was in 1961 (coincidentally also the year of President Obama's birth):

Markers throughout Exit Glacier show how much it's receded over time. The impacts of climate change are real, and the people of Alaska are living with them every day. It's never been more important for us to work together to address this challenge. Other variations of this image have also made their way around the Internet, including one which purportedly showed President Obama posing next to a 420 mile marker: The number 420, of course, is associated with smoking marijuana.