The story of how the code '420' entered drug parlance as a term signifying the time to light up a joint. 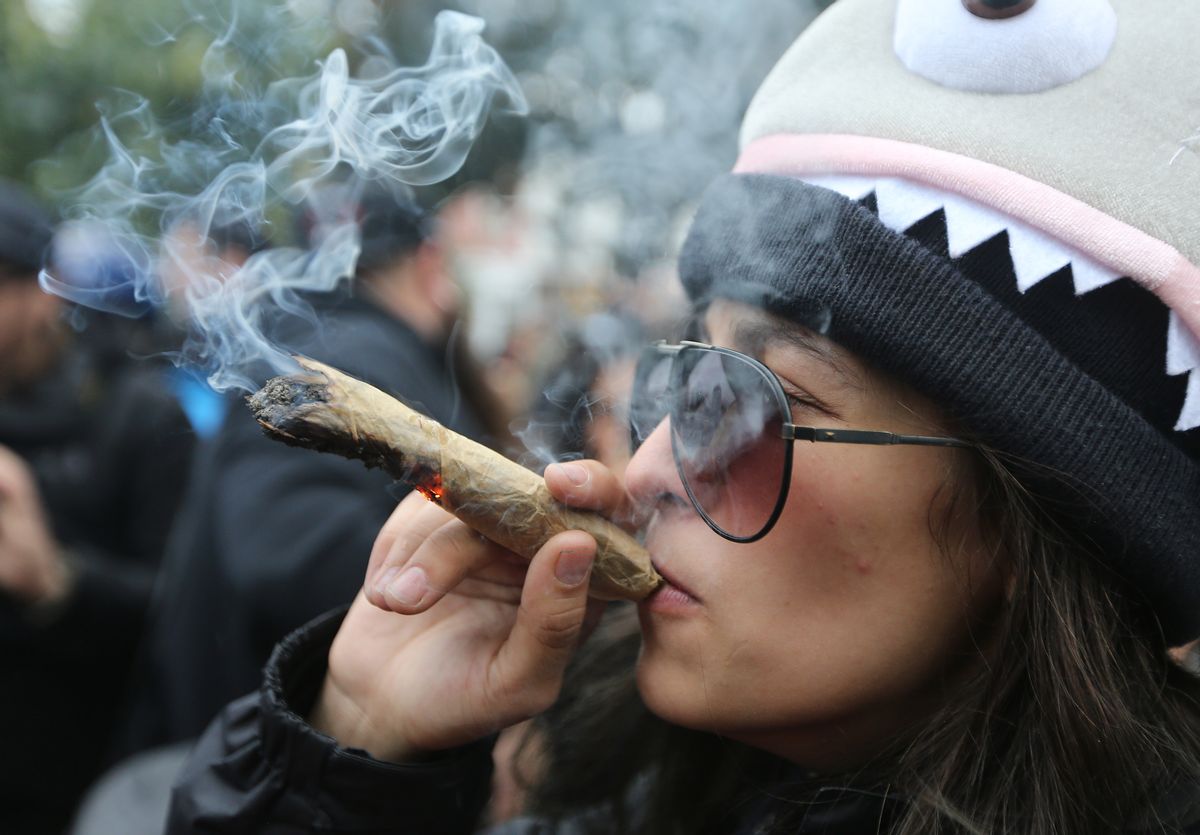 Claim:
The term '420' entered drug parlance as a term signifying the time to light up a joint.
Rating:

Odd terms sneak into our language every now and then, and this is one of the oddest. Everyone who considers himself in the know about the drug subculture has heard that '420' has something to do with illegal drug use, but when you press them, they never seem to know why, or even what the term supposedly signifies.

It's both more and less than people make it out to be. The term '420' began its sub-rosa linguistic career in 1971 as a bit of slang casually used by a group of high school kids (known as "Waldos") at San Rafael High School in California. The term '420' (always pronounced "four-twenty," never "four hundred and twenty") came to be an accepted part of the argot within that group of about a dozen pot smokers, beginning as a reminder of the time they planned to meet to light up, 4:20 p.m.:

[The 420] origins appear to lie in the escapades of a group of friends from San Rafael high school, northern California, in 1971. That autumn, the five teenagers came into possession of a hand-drawn map supposedly locating a marijuana crop at Point Reyes, north-west of San Francisco.

The friends — who called themselves the Waldos because they used to hang out by a wall — met after school, at 4:20 pm, and drove off on their treasure hunt. They never found the plot. "We were smoking a lot of weed at the time," says Dave Reddix or Waldo Dave, now a filmmaker. "Half the fun was just going looking for it." The group began using the term 420. So did friends and acquaintances, who included — at a couple of steps removed — members of the Grateful Dead rock band. The term spread among the band's fans, known as Deadheads.

Then in 1990 Steve Bloom, an editor at High Times, saw 420 explained on a Grateful Dead concert flyer. Staff on the magazine, long the leading publication on marijuana, started using it.

Keep in mind this wasn't a general call to all dope smokers everywhere to toke up at twenty past four every day; it was twelve kids who'd made a date to meet after school near a certain statue. It's thus incorrect to deem that '420' originated as the designation of a national or international dope-smoking time, even though the term began as a reference to a particular time of day, as the originators of that term explained:

The Waldos met at 4:20 for exactly all of the reasons we have discussed in the past:

The time we got out of school was approximately 3 p.m., but some of us had after school sports activities that lasted until after 4 p.m.

There was just enough time to get back to the statue of Louis Pasteur to smoke and look for the pot fields drawn in a treasure map.

These days '420' is used as a generic way of declaring one likes to use marijuana or just as a term for the substance itself. Its earliest connotation of having to do with the time a certain group of students congregated to smoke wacky tobaccy is unknown to many of those who now employ the term. Indeed, most instead believe one or more of the many spurious explanations that have since grown up about this much abused short form:

Spurious etymologies and uncertain definition aside, '420' has slipped into a position of semi-respectability within the English lexicon. Various free-wheeling cities annually celebrate "hemp fests" on April 20. There's a 4:20 record label in California, and a band called 4:20. Atlanta's Sweetwater Brewing Co. sells its 420 Pale Ale in supermarkets and opens its doors to the public at 4:20 p.m. Mondays through Thursdays. New York's 420 Tours sells low-cost travel packages to the Netherlands and Jamaica. Highway 420 Radio broadcasts "music for the chemically enhanced." And in 2001, the forReal.org web site of the U.S. Department of Health and Human Services' Center for Substance Abuse Prevention put out a public service document titled, "It's 4:20 — Do You Know Where Your Teen Is?"

420s are routinely slipped into popular movies and television shows. In Fast Times at Ridgemont High the score of the football game was 42-0. Most of the clocks in Pulp Fiction are set to 4:20 (but not all: when the kid receives the watch it's set at 9:00). And there are many other instances, so keep your eyes peeled.

However, as amusing as it is to tie 420 to pot smoking and hunt for it in popular movies, the number has its dark side. Hitler was born on 20 April 1889, and the massacre of 13 victims at Columbine High School in Colorado took place on 20 April 1999.