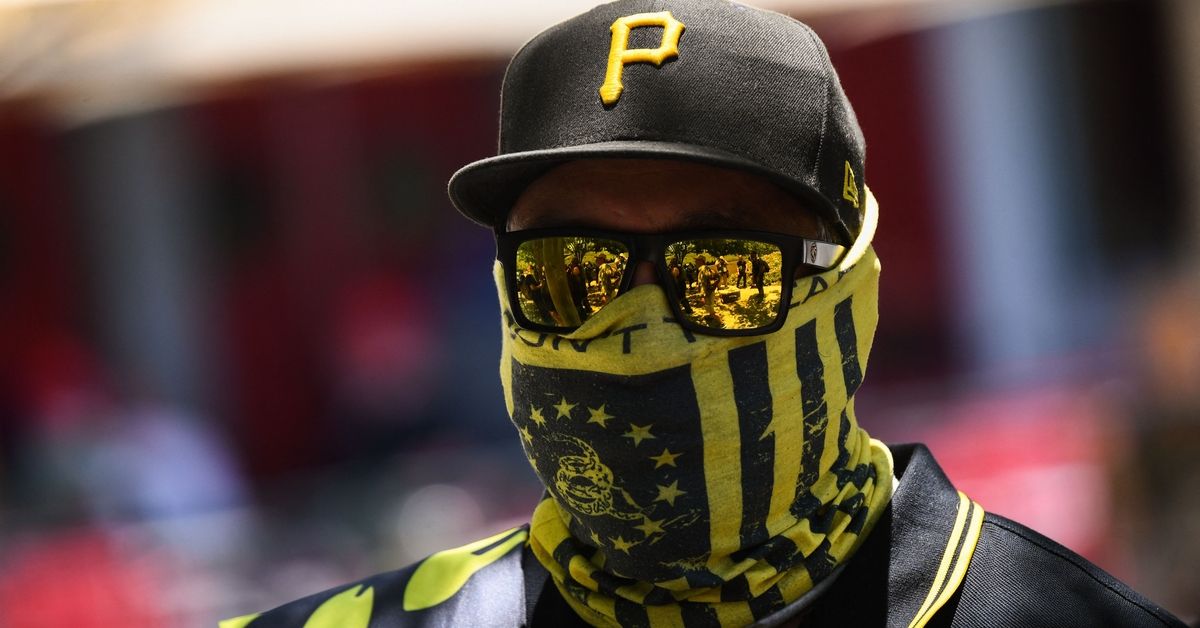 Claim:
In June 2022, deputies from the New Hanover Sheriff's Office "escorted" far-right Proud Boys protesters towards an LGBTQ Pride event for children at a library in Wilmington, North Carolina.
Rating:

In June 2022, viral social media posts claimed that police in Wilmington, North Carolina, had "escorted" protesters from the far-right Proud Boys group towards an LGBTQ reading event for children, at a local public library.

For example, on June 22, trans rights activist Erin Reed posted several photographs to Twitter, along with the following description:

Proud Boys stormed the Pine Valley Public Library in Wilmington, North Carolina. I did some research from people who witnessed things on the ground and took pictures, and it would seem that not only was the Sheriff's office ineffective - they ESCORTED the proud boys to the room! the fucking Proud Boys showed up to a local Pride story time event today for 7 year olds and to the surprise of absolutely no one were escorted into the building and right to the room it was being held in by the [New Hanover Sheriff's Office].

A spokesperson for the New Hanover Sheriff's Office (NHSO) firmly denied to Snopes that any officer had "escorted" the Proud Boys towards the event. The spokesperson told Snopes the agency had video footage which corroborated that assertion, but its public release was unlikely because of the demands of North Carolina state law.

Either way, no one has so far made public any evidence that definitively establishes the truth of that law enforcement agency's role in the June 21 incident. As a result, we are issuing a rating of "Unproven." If relevant evidence becomes available, we will update this fact check accordingly.

The event in question was an LGBTQ "Pride reading time" for children, and took place at Pine Valley public library in Wilmington, North Carolina, on June 21.

It was protested by local members of the Proud Boys, a far-right group. Earlier in June, several of that movement's leaders were charged with seditious conspiracy over their alleged role in the Jan. 6, 2021, attack on the U.S. Capitol.

More broadly, the summer of 2022 had seen a rising tide of homophobia and transphobia in the U.S., with a particular rhetorical focus on purportedly protecting children from "groomers" — a homophobic slur with a long and odious ancestry.

The photographs and descriptions that formed the basis of viral "police escort" claims were originally published by Angie Smith Kahney, who was present at the library at the time of the protest.

In a series of Facebook and Instagram posts, she shared pictures of NHSO deputies talking with protesters, as well as walking and standing near them. In one, she wrote that the sheriff's deputies had "led the Proud Boys and their entourage right through the library TO THE ROOM FULL OF CHILDREN..."

Snopes put those allegations — that police had "escorted" the Proud Boys into the library and/or towards the room where the event was taking place — to Lt. JJ Brewer, a spokesperson for the NHSO. Brewer firmly denied them, saying "That's 100 percent incorrect."

Rather, he said, an NHSO supervisor had endeavored to walk ahead of the crowd of protesters and make sure they could not enter the room where the Pride reading time event was taking place. According to Brewer, while the protesters were legally permited to enter the main library building, they would have needed to be properly registered, and accompanied by children, in order to attend the event itself.

He added that none of the protesters ever entered that room, nor did they attempt to enter it, and "at no time did they cause a disturbance in the library."

We asked Smith Kahney for her response to those assertions, but we did not receive a response in time for publication. However, in an earlier Facebook post, she insisted that the Proud Boys were indeed disruptive and intimidating inside the library, and shouted obscenities at children and their parents, and said it was library staff — rather than sheriff's deputies — who ensured the protesters did not have access to the room.

Snopes also asked New Hanover County officials for their account of the events that took place at the Pine Valley library — which is operated by the county — on June 21.

In a statement provided to Snopes, Linda Thompson, the county's chief diversity and equity officer, said the protesters only entered the library building after the reading event had concluded, although some attendees still remained inside the room:

...After the Storytime program had ended, several members of the protesting group wanted to come inside. Anyone from the public is permitted inside the building as long as they are not actively protesting or disturbing other patrons, based on the library's code of conduct.

The library director came inside with them and deputies quickly made their way to the door of Storytime, to ensure safety for library patrons and staff who were still in the room. The members of the protesting group were not allowed in the closed room where the event had been held and families were still in, and there was no disturbance inside the building.

Sheriff’s deputies and library staff also provided help to parents and kids who were still in attendance (some had left already) on where to exit the library following the event. Parents and children were not in danger at any time.

Video footage will likely be required in order to definitively answer questions about the NHSO's role in the incidents, and whether or not they "escorted" Proud Boys towards the event. So far, such footage has not been published, and it is not clear what actions and events are shown in the still images posted online by Smith Kahney.

Brewer told Snopes that the sheriff's office did have such footage, and that it clearly demonstrated that deputies did not "escort" the protesters towards the room, so that they might intimidate or harass attendees at the Pride event.

However, as Brewer himself pointed out, North Carolina has unusually strict rules around the publication of police bodyworn camera footage. Police, for example, cannot unilaterally release such footage, but a judge can authorize its release. Brewer told Snopes it was therefore not likely that the bodycam footage would imminently be made public.

Until or unless relevant evidence does become available, our rating remains "Unproven."

Leader of Proud Boys and Four Other Members Indicted in Federal Court For Seditious Conspiracy and Other Offenses Related to U.S. Capitol Breach. 6 June 2022, https://www.justice.gov/opa/pr/leader-proud-boys-and-four-other-members-indicted-federal-court-seditious-conspiracy-and.