Does a Photograph Depict a Huge Crowd at Trump's 2019 Orlando Rally?

An image of basketball fans celebrating in Toronto became another crowd photograph to be miscaptioned for partisan purposes. 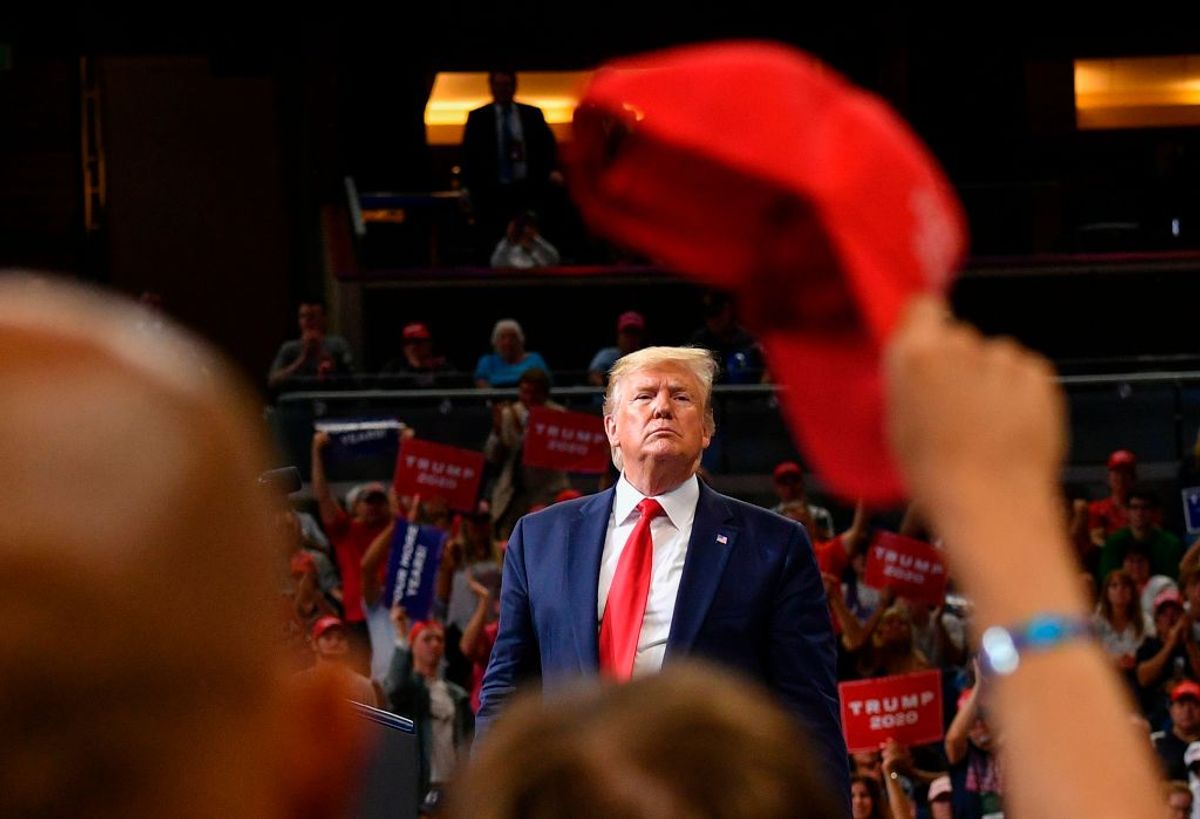 Claim:
A photograph of a large crowd shows a Trump rally in Orlando, Florida.
Rating:

In late June 2019, social media users circulated a crowd image along with a claim that it represented a large audience that month in attendance at a 2020 re-election campaign rally for U.S. President Donald Trump in Orlando, Florida: That picture was not a photograph of Trump's campaign rally in Orlando, however, but a screenshot from video footage of Toronto Raptors fans honoring the team's historic NBA championship win on June 13, 2019. The footage was shot by photographer Toby Guu and shows Raptor fans celebrating in the streets after the team's win. Guu posted the video to his Instagram page four days prior to Trump's Orlando rally.

According to local news reports, just under 20,000 people attended Trump's Orlando rally. Days earlier, "thousands" of Raptors fans flooded into the street to celebrate the team's win against the Golden State Warriors, bringing them their first NBA championship victory. (We found no specific figures on the size of those latter crowds.)

This wasn't the first time an image of a large crowd had been misappropriated to foster the misleading impression it depicted a massive Trump rally. In May 2019, social media users shared an image of the crowd gathered for the Woodstock music festival in 1969, falsely claiming it depicted a Trump rally in Pennsylvania.