The Santa Monica Observer, the website that originally pushed this false rumor, later updated its story. 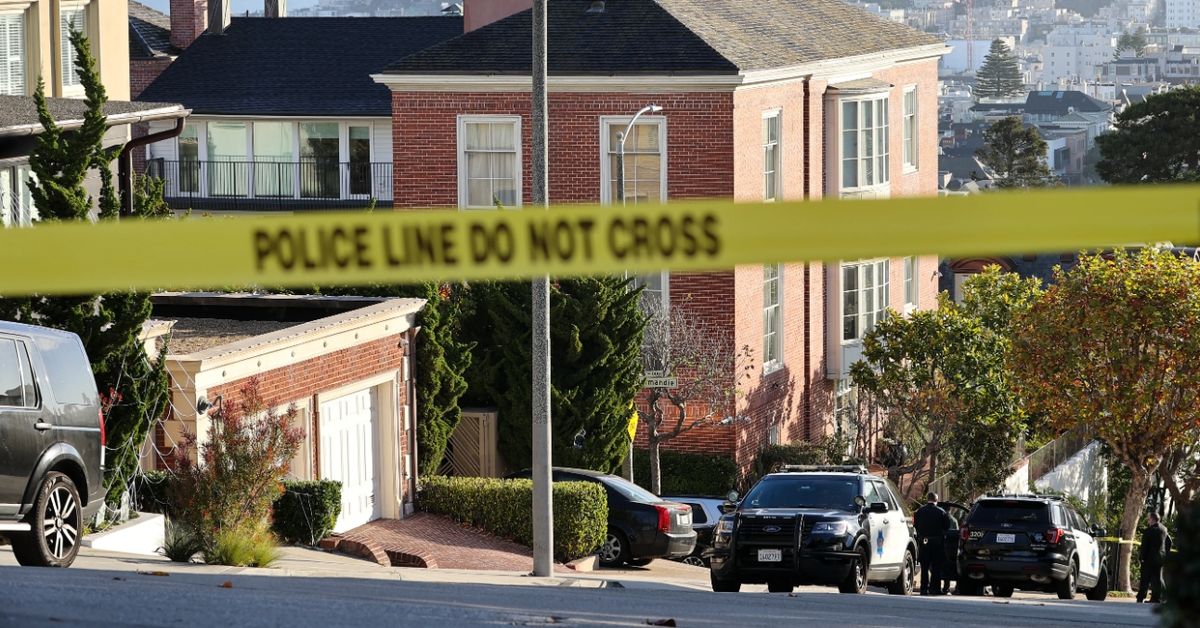 Claim:
Paul Pelosi brought the man who attacked him with a hammer in October 2022 home from a gay bar.
Rating:

On the morning of Oct. 28, 2022, a man broke into the San Francisco residence of U.S. House Speaker Nancy Pelosi. Only her 82-year-old husband, Paul, was home. Police said that the intruder severely beat Paul Pelosi with a hammer. The incident soon spawned a false conspiracy theory claiming that Pelosi had brought the man who attacked him home from a gay bar. That same rumor was then amplified by Elon Musk in a tweet (since deleted), just days after he had reportedly taken control of Twitter as its new owner.

It Was a Break-In

First, let's establish some facts. Based on police statements, The Associated Press reported that the assailant broke into the Pelosi home:

An intruder wielding a hammer smashed his way through a rear door into the Pelosi residence in San Francisco shortly before 2:30 a.m. Friday. The man confronted Paul Pelosi and shouted, "Where is Nancy," according to a person familiar with the situation who was granted anonymity to discuss it.

Paul Pelosi called 911 himself and when police arrived they found him struggling with the assailant. The man managed to strike Pelosi at least once with the hammer before he was tackled by officers and arrested, police said.

Nancy Pelosi was in Washington at the time of the attack.

The New York Times reported that Paul Pelosi underwent surgery on the day of the attack "after sustaining a fractured skull and serious injuries to his hands and right arm, according to a spokesman for Ms. Pelosi."

In a news conference hours after the assault, San Francisco Police Chief William Scott said of the crime, "Based on our investigation at this point, this was not a random act. This was intentional. And it's wrong. Our elected officials are here to do the business of their cities, their counties, their states, and this nation. Their families don't sign up for this, to be harmed, and it is wrong. And everybody should be disgusted about what happened this morning."

The assailant, a 42-year-old man named David DePape, was arrested on suspicion of attempted murder, elder abuse, and burglary.

On the day after the attack, the Santa Monica Observer website published an article that claimed in its headline, "The Awful Truth: Paul Pelosi Was Drunk Again, And In a Dispute With a Male Prostitute Early Friday Morning." The story claimed, without evidence, that Pelosi had met DePape at a gay bar and brought him to his house.

The "drunk again" part of the headline referred to Pelosi's May 2022 arrest for driving under the influence. He later pleaded guilty and was sentenced to five days in jail and three years of probation.

The article, which purported to describe "what really happened" in the author's "humble opinion," claimed, again without evidence, that DePape was a "male prostitute."

The story also said that DePape was a "former Castro nudist protester," a claim backed up by reporting from The Associated Press, which described DePape as "a two-decade resident of the San Francisco Bay Area" who "was known locally as a pro-nudity activist who had picketed naked at protests against laws requiring people to be clothed in public."

On the day after the Observer published its "humble opinion" piece, an update was added to the beginning of the article that read, "Update 10/30: In response to this story, San Francisco Police said today that victim Pelosi and suspect DePape, did not know each other prior to the attack. SFPD reaffirmed that the assault followed a break-in."

Two days after the attack, and the same day the Observer added the one-sentence update to its story revealing that it was contradicted by police reports, Musk, who has over 100 million followers on Twitter, tweeted a link to that very article.

The AP noted that the same publication had "previously asserted that Hillary Clinton died on Sept. 11 and was replaced with a body double," which was false. It was perhaps a coincidence that Musk's tweet that promoted the Observer's article was in a response to another tweet from Hillary Clinton:

Musk [replied] to a tweet by Hillary Clinton. Her tweet had criticized Republicans for generally spreading "hate and deranged conspiracy theories" and said, "It is shocking, but not surprising, that violence is the result."

In response to Clinton's tweet, Musk provided a link to the Santa Monica Observer article and added, "There is a tiny possibility there might be more to this story than meets the eye."

Three days following the attack, The AP published new details about DePape. According to findings reported by federal authorities, the assailant told authorities that he had broken into the residence seeking to break Nancy Pelosi's kneecaps:

The man accused of attacking House Speaker Nancy Pelosi's husband with a hammer told police he wanted to hold the Democratic leader hostage and "break her kneecaps" to show other members of Congress there were "consequences for their actions," authorities said Monday.

In a chilling federal complaint, officials say that David DePape, 42, carrying zip ties and tape in a backpack, broke into the couple's San Francisco home early Friday morning, went upstairs where 82-year-old Paul Pelosi was sleeping, and demanded to talk to "Nancy."

When a surprised Paul Pelosi told the intruder she was not there, DePape said he would wait — even after being told she would not be home for some days. The assailant then started taking out twist ties, to tie him up, the complaint says.

The federal filing stands in contrast to the mocking jokes and conspiracy theories about the Pelosi attack circulating by far-right figures and even some leading Republicans just a week before the hard-fought midterm elections. The San Francisco district attorney and police chief both said the attack was intentional.

As of this writing on Oct. 31, Paul Pelosi remained hospitalized in San Francisco.