Does This Video Show an Octopus Walking on the Beach?

While some octopuses can temporarily survive on land, the ambulatory abilities of the cephalopod in this video are a bit out of arm's reach. 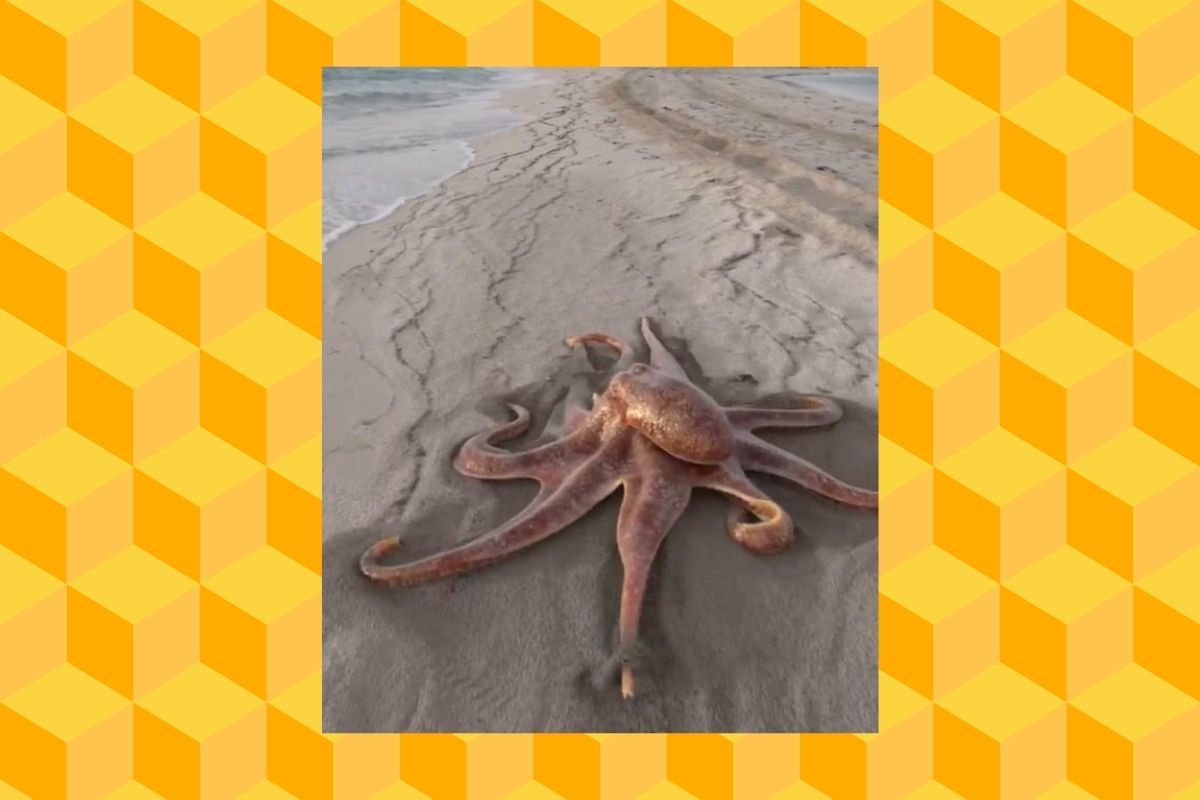 Claim:
A video shows an octopus walking quickly across a beach.
Rating:

In July 2020, a video supposedly showing an octopus moving quickly across a sandy beach went viral on social media:

This was not a genuine video of an octopus.

It was actually a digital animation created by Instagram user ghost3dee, a visual effects artist based in Qatar. It was originally shared with the caption "Octie Churro taking a stroll on the beach in his new, revamped body and dynamics model" as well as several hashtags indicating that this was a digital animation, such as #cgcreature, #creatureanimation, #cgrender, and #animation.

A few days prior to posting the above-displayed video, ghost3dee shared another video that showed an in-progress version of "Octie Churro."

While the above-displayed video does not show a genuine octopus moving quickly across a sandy beach, this animation isn't entirely far-fetched. The Abdopus aculeatus, for example, a small octopus found off the northern coast of Australia, can temporarily leave the water in order to travel small distances across land.

The following video from the BBC appears to show A. aculeatus moving from pool to pool across the beach at low tide, hunting for crabs:

The animal kingdom is full of such "oddities." We've previously written about spiders that can swim, fish that can "walk," and groundhogs that can fly. OK, we made that last one up.