Did Alexandria Ocasio-Cortez Say We Need to 'Invent Technology That's Never Been Invented'?

Representative-elect Ocasio-Cortez made the comment during a speech about environmentally sound new jobs. 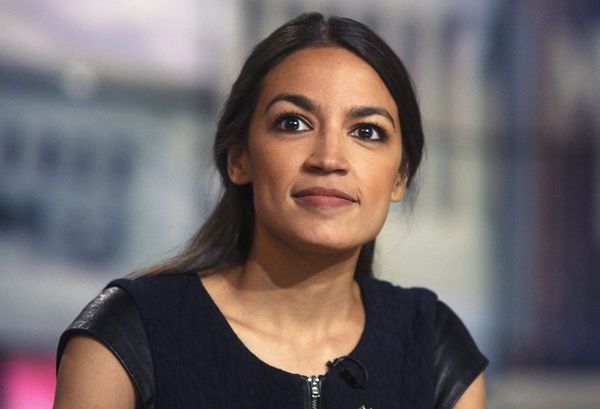 Claim:
Representative-elect Ocasio-Cortez said "we need to invent technology that's never even been invented yet."
Rating:

The internet's obsession with Representative-elect Alexandria Ocasio-Cortez in the latter part of 2018 was exemplified by a meme reflecting an off-hand remark she made during a speech about environmentally-friendly jobs: Although it's true that Ocasio-Cortez, who represents the New York boroughs of the Bronx and Queens in the U.S. House of Representatives as of January 2019, did say those words during a speech, the remark was offered without context.

As documented by New York public radio station WNYC, Ocasio-Cortez made the comment during a 3 December 2018 televised town hall event in which she discussed her desire to see a "Green New Deal" -- an initiative she said would generate jobs by tackling climate change:

Although the sentence seems awkwardly worded when considered alone, its meaning in the context of discussing the creation of jobs through the pioneering of new, environmentally-friendly technologies was reasonably clear.

A number of quotes have been misleadingly attributed to Ocasio-Cortez, so it's understandable why readers questioned whether or not she had made this particular statement. In early December 2018, remarks made by President Donald Trump about his having a "very good brain" were tied to her via a meme. In August 2018, another meme falsely suggested that Ocasio-Cortez made a statement revealing she didn't know the difference between billions and trillions.

At 29, Ocasio-Cortez is the youngest woman in U.S. history to be elected to Congress. She's an outspoken progressive who comes from a working class background, and perhaps because of these differences she's often the target of belittling rhetoric -- from a spate of articles mocking her inability to afford rent in Washington, D.C., to critiquing her clothing choices.