Was Barack Obama the First Ex-President to 'Publicly Speak Against' His Successor?

Is there truly anything that has never been done before in U.S. politics? 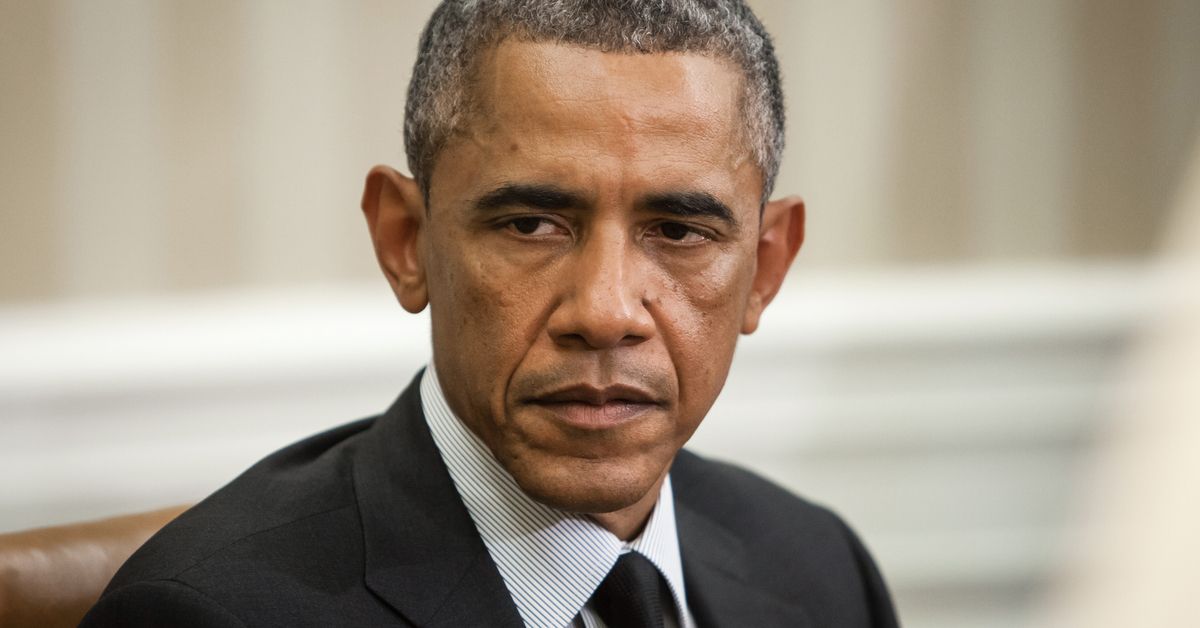 In the lead-up to the 2018 U.S. midterm elections, an old meme re-emerged on social media which claimed that former president Barack Obama had displayed an unprecedented level of partisanship and opportunism in his criticisms of President Donald Trump, in that Obama was "the first ex president to publicly speak against a successor" The meme was actually an edited form of an earlier version which first emerged on social media in 2017. The original included only the phrase "First Ex President to Publicly Speak Against a Successor":

﻿The claim, that no ex-president before Barack Obama ever publicly criticized his immediate successor is false. There is ample historical evidence of ex-presidents doing just that. Here are a few instances:

The 44th president offered what were widely perceived as thinly-veiled criticisms of President Donald Trump when he spoke in Johannesburg, South Africa, in July 2018, railing against what he called "strongman politics," whereby "those in power seek to undermine every institution or norm that gives democracy meaning." He also criticized "far-right parties" with a platform of "protectionism and closed borders" as well as "barely-hidden racial nationalism."

Speaking at the University of Illinois in September, Obama criticized Trump by name, saying he was a "symptom, not a cause" of an effort by powerful elites to engender fear and division in the face of social change and progress:

Obama had declined to openly attack Trump for the first 18 months of his presidency, following what, in his University of Illinois speech, he called the "wise American tradition of ex-presidents gracefully exiting the political stage." Obama said he had changed his mind because, in his view, the 2018 mid-term elections represented "one of those pivotal moments when every one of us, as citizens of the United States, need to determine just who it is that we are, just what it is that we stand for."

In July 2007, the 42nd president took aim at the administration of his successor, George W. Bush, in its handling of the Iraq war, telling Good Morning America's Diane Sawyer "There is no military victory here" and criticizing Bush for attempting to filibuster Congressional efforts to bring about a withdrawal of troops:

Although George H.W. Bush had a general policy of not speaking publicly against his successor, the 41st president did just that more than once while campaigning for Republican candidates during the 1994 mid-term elections.

The Daily Oklahoman newspaper reported that Bush Sr. had offered a stinging counter-attack against Clinton during a visit to the state capital on 4 November 1994:

Saying he was breaking his policy against criticizing President Clinton, former President George Bush said Friday in Oklahoma City he was tired of his Democratic successor criticizing Republicans ... Bush told the crowd ... that Clinton was stumping about blaming Republicans in Congress "for his demise or things that weren't going right."

"He blames us and he is wrong. I'm so tired of it," Bush told about 5,000 noisy GOP supporters at Oklahoma Christian University of Sciences and Arts. "I think America is a little tired of it."

During a Republican rally in Omaha, Nebraska, the same week, Bush attacked Clinton for having "the nerve" to blame the GOP for "his own failures," the Pittsburgh Post-Gazette
reported:

Former President George Bush broke a self-imposed silence yesterday and attacked President Clinton for taking credit for the U.S. economic recovery. Bush has been stumping for Republican candidates in the Mid-west this week. "He has the nerve to blame Republicans for his own failures and the shortcomings of the Democratic Congress," the former president told a crowd of about 1,500 people in Omaha.

In 1999, during the Monica Lewinsky scandal and Clinton's impeachment by the U.S. House of Representatives, Bush even appeared to accuse his successor of behaving in a way which demonstrated a lack of respect for the U.S. presidency, as the Associated Press reported:

Former President Bush thinks Bill Clinton lacks respect for the presidency, but Bush predicts the country will bounce back after Clinton's impeachment trial ends. "I have tried to stay out of all the Washington mess," Bush said Saturday at the end of a keynote address to the Safari Club International's 27th annual hunters' convention. "But I must confess I have been deeply concerned by what appears to be a lack of respect for the office I was so very proud to hold."

The 39th president more than once criticized Ronald Reagan, the man who defeated him in the 1980 presidential campaign, firmly defending his own record and offering relatively barbed comments about his successor.

In September 1982, Carter responded to Reagan's earlier criticisms of the Democrat's legacy, accusing his rival of failing to "accept his responsibilities as president," the New York Times reported:

Former President Jimmy Carter, responding to criticism from President Reagan, said tonight that while his Administration made mistakes, "we did not spend four years blaming our mistakes on our predecessors" ...

Mr. Carter accused Mr. Reagan of not accepting his responsibilities. The former President said that after his defeat in 1980, he resolved to pledge Mr. Reagan "my help, my support when he was ready to accept the awesome responsibilities of the Presidency."

"My offer still stands," Mr. Carter said at a Democratic National Committee fund-raising dinner. "When he is ready to accept those responsibilities, I'll be there to help him."

At a press conference two months later, Carter continued that theme, saying Reagan's efforts to deflect criticism onto him were "irresponsible and ill-advised" and that his Republican successor had made "radical" and unwelcome changes to U.S. foreign policy, United Press International reported:

Jimmy Carter criticized President Reagan for making 'radical' changes in U.S. foreign and domestic policy, and said Israeli Prime Minister Menachem Begin is responsible in part for failure of the Camp David accords. In a wide-ranging news conference, Carter also twitted Reagan for trying to lay the blame for the nation's problems on the previous administration.

'There is always the temptation for an incumbent politician to blame all his mistakes on his predecessor. Most are willing to withstand the temptation. Mr. Reagan, apparently, is not,' Carter said. 'The public sees through that and the results of the (midterm) election proves I'm right' ...

Speaking typically with a soft voice but strong words, Carter said: "Most of the quite radical departures in foreign, domestic and economic policy have not been good for the country. We have an unprecedented number of people unemployed; bankruptcies are the highest in years; farm income is at the lowest level ever; the deficits have never been so high, and so forth" ...

"It's true President Reagan inherited some serious problems from my administration. I inherited some from President Ford. But to try to forego blame and say all these problems are my predecessor's fault is patently irresponsible and ill-advised," he said. Carter called Reagan's nuclear policies 'ill-advised.'

Just as Carter publicly took aim at the man who replaced him in the White House, he was also the subject of repeated and sometimes very strong criticism by Republican Gerald Ford, whom Carter had defeated in the 1976 election.

In April 1977, less than three months after Carter succeeded him, Ford ridiculed the Democrat's economic policies in a widely-syndicated interview with the Washington Post:

"Mr. Carter's anti-inflation program came in like a lion," Ford said. "It's going out like a mouse" ... The former president, looking relaxed, voiced his criticism of Carter in a brief interview following a speech to a Republican group here [in Los Angeles, California.]

Over the next three years, Ford also took aim at Carter's handling of negotiations over the Strategic Arms Limitation Treaty (SALT), his handling of the economic crisis, and in the summer of 1980 he launched a devastating attack on his successor's legacy at a Republican event in Indianapolis, as the Associated Press reported:

"The Carter economic policies have been a catastrophe. They've been disasters. We handed them the economy on a silver platter," Ford said, arguing that the rate of inflation was less than 5 percent when he left office and that unemployment was going down. "The president blew it."

Ford predicted that Carter will go into the November election with a national unemployment rate of 9 percent, double-digit inflation and double-digit interest rates. "He'll be defending the worst economic policy of any president since the Depression of 1932. That's bad. And he's responsible."

The examples highlighted above are far from exhaustive but serve to illustrate that Barack Obama's recent criticisms of President Donald Trump are far from unique or unprecedented and, especially when compared to the pronouncements of Gerald Ford, could even be argued to have been relatively tame.

As such, the claim in the 2017 meme which re-emerged in November 2018, that Obama is "the first ex-president to publicly speak against a successor" is false.