Was a 'My Little Pony' Animator Arrested for Possession of Child Pornography Part of '#PedoGate'?

An animator for the children's cartoon has been sentenced to prison for possessing child pornography, but the case is not part of a "#PedoGate" conspiracy. 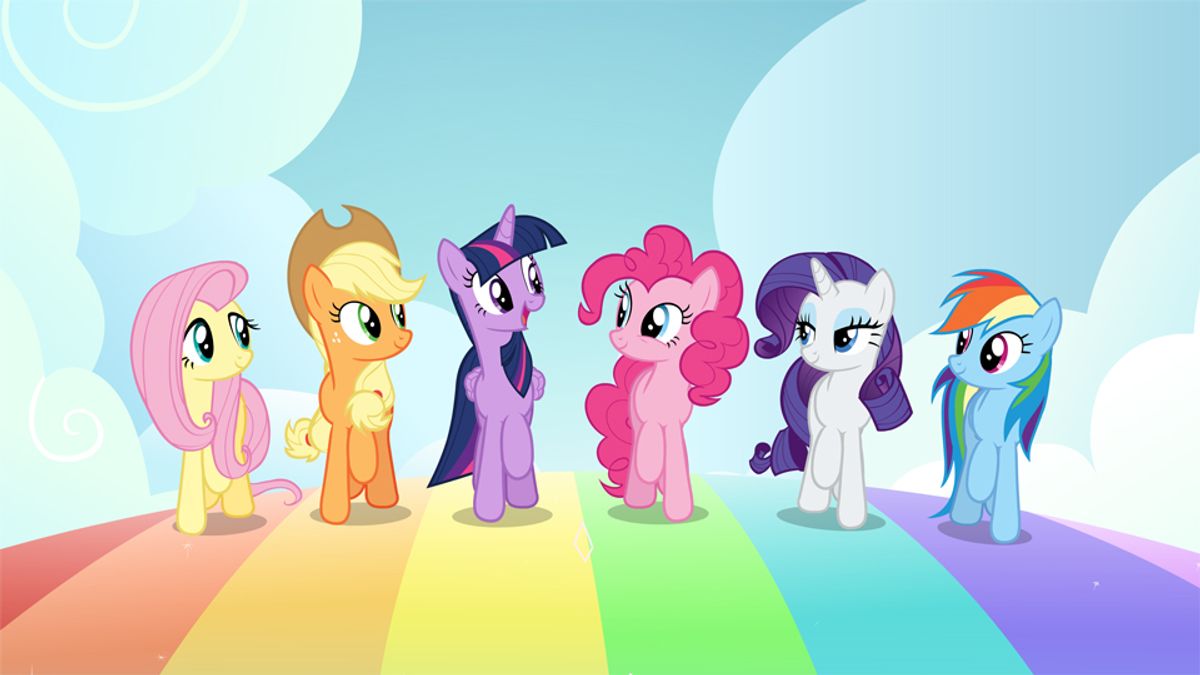 Claim:
An animator for the "My Little Pony" cartoon series was arrested for child pornography, proving that the PedoGate conspiracy is real.
Rating:

Animator Tom Wysom, who worked on children's productions including 'My Little Pony,' was sentenced to 28 months in prison for possession of child pornography.

#PedoGate is part of a far-ranging but bogus conspiracy theory about a large ring of "elite" child predators.

On 31 July 2018, the Ottawa Citizen reported that Tom Wysom, an animator for several children's cartoon series including My Little Pony, had been sentenced to more than two years in prison after pleading guilty to charges associated with possession of child pornography:

Tom Wysom, 55, has worked on TV productions such as My Little Pony: Friendship is Magic and Littlest Pet Shop, according to the Internet Movie Database.

Wysom was sentenced earlier this month after pleading guilty to the charges in December, two months after police executed a search warrant at his home in Old Ottawa South.

Police found 60,165 pictures — many of them duplicates — along with 1,626 videos, some of which depicted adults engaging in sexual behaviours with children. In some of the images, young girls had their hands and feet bound.

Although this part of the story, reported by a legitimate news source citing court records, is true, the case prompted backers of popular conspiracy theory known as "QAnon" to link it with "#PedoGate," a viral phenomenon and outgrowth of PizzaGate -- a belief that powerful Democrats and Hollywood "elites" were running a pedophile ring out of a Washington, D.C., pizza parlor basement (even though the restaurant, Comet Ping Pong, has no basement):

"Qanon" conspiracy theory enthusiasts believe that a highly-placed government agent who goes by the moniker "Q" is dropping "crumbs" of information for his followers ("bakers") to pick up. As Dutch psychologist and researcher Jan-Willem van Prooijen described the phenomenon:

If it sounds crazy, that’s because it is. The mostly right-wing conspiracy theory makes a series of mind-blowing allegations that include Democrat-run centers for pedophiles and Satanic cults. The theory first appeared on various online message boards like “8Chan,” where followers shared “bread crumbs” -- clues -- about the dark and powerful forces that supposedly run their country.

According to RationalWiki, the conspiracy is often referred to as "The Storm" because President Trump made a vague reference to "the calm before the storm" in 2017:

The Storm's central premise is that President Trump is secretly working to take down a global ring of elite, cannibalistic, satanic pedophiles. And the investigation into Russian meddling into the 2016 election, led by former FBI director Robert Mueller, is actually an investigation into the so-called "deep state", where a cabal of evil, money-grubbing globalists, including Hillary Clinton and Barack Obama, are responsible for everything from a global pedophile ring to the mass shooting in Las Vegas in 2017.

Despite sounding "crazy," the QAnon conspiracy has grown in influence, becoming most obvious to outsiders when supporters of U.S. President Donald Trump began sporting "Q" tee shirts en masse at Trump rallies. The Guardian referred to it as a "volatile mix of Pizzagate, InfoWars and the Satanic Panic of the 1980s, multiplied by the power of the internet and with an extra boost from a handful of conservative celebrities."

Internet users along with disreputable web sites often either fabricate pedophilia claims involving celebrities and prominent Democrats or lump real cases of criminal activity in with the conspiracy, despite lacking evidence of a link. Wysom's case falls into the latter category.

The idea that Wysom's case was somehow associated with the #PedoGate conspiracy theory was helped along by followers of media personalities who heavily promoted PizzaGate, such as alt-right social media character Jack Posobiec and Alex Jones's conspiracy network InfoWars, which republished (then deleted) the Ottawa Citizen report:

Bank, Justin et al. "What Is QAnon: Explaining the Internet Conspiracy Theory That Showed Up at a Trump Rally."     The New York Times.   1 August 2018.