Are These Monkeys Huddled Near a Burnt-Out Forest?

A composite image is a picture made of two or more unique images. 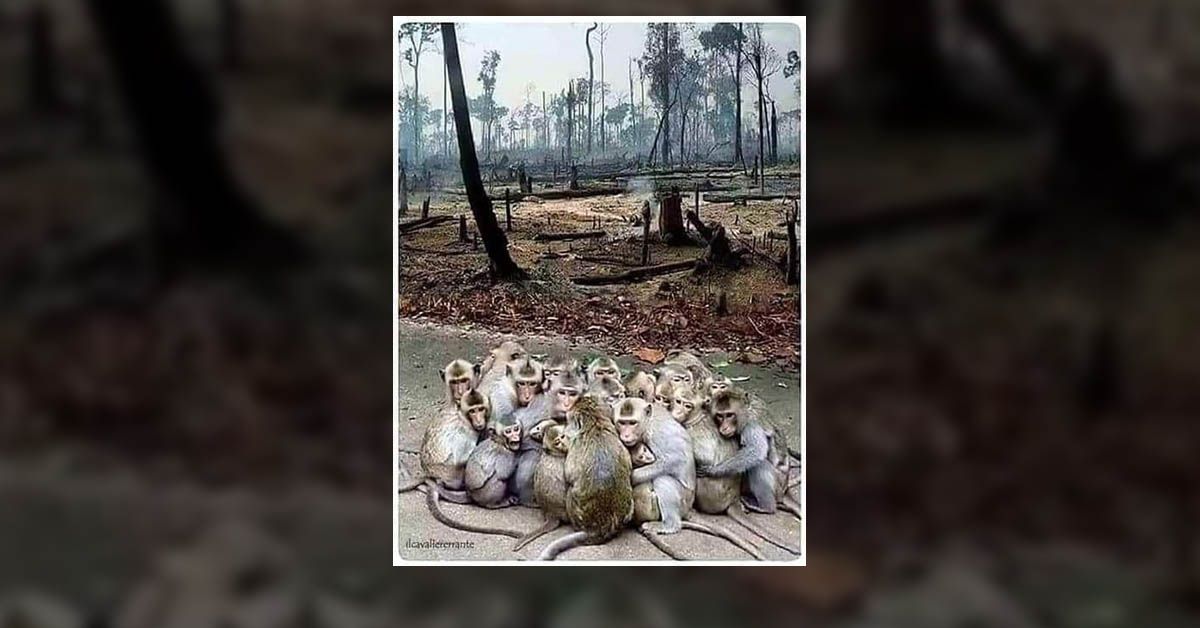 Claim:
A photograph shows a group of monkeys huddled together near a burnt-out forest.
Rating:

A photograph supposedly showing a group of monkeys huddling next to a charred forest is frequently circulated on social media in the wake of major forest fires: This image is frequently captioned: "It wasn't just a forest. It was home."

This is not a genuine photograph but a composite of at least two different pictures.

The photograph of the monkeys huddled together can be traced back to 2014 when someone shared it on a WordPress blog about the Don Chao Poo Forest in Phana, Thailand.

We haven been unable to source the top half of this photograph. A reverse-image search on Tineye indicates that the photograph has been online since at least 2015. The listed website, domneng.com, is no longer online, but the picture was reportedly saved with the filename ព្រៃឡង់, which translates to "Prey Lang," a likely reference to the Prey Lang Forest in Cambodia.

Here's a look at the two pictures side-by-side:

At one point, these pictures were circulated as a collage of two distinct images, with the forest fire on top, the monkeys on the bottom, and a white line separating the two pictures. This separating white line was eventually deleted, and the two images were blurred together: This was hardly the only fake image to circulate during the August 2019 fires in the Amazon rainforest. You could read about some of the other images here.