Does Trump Control US Military for 60 Days After Leaving Office?

The claim stemmed from 2019 legislation introduced by a Republican lawmaker. 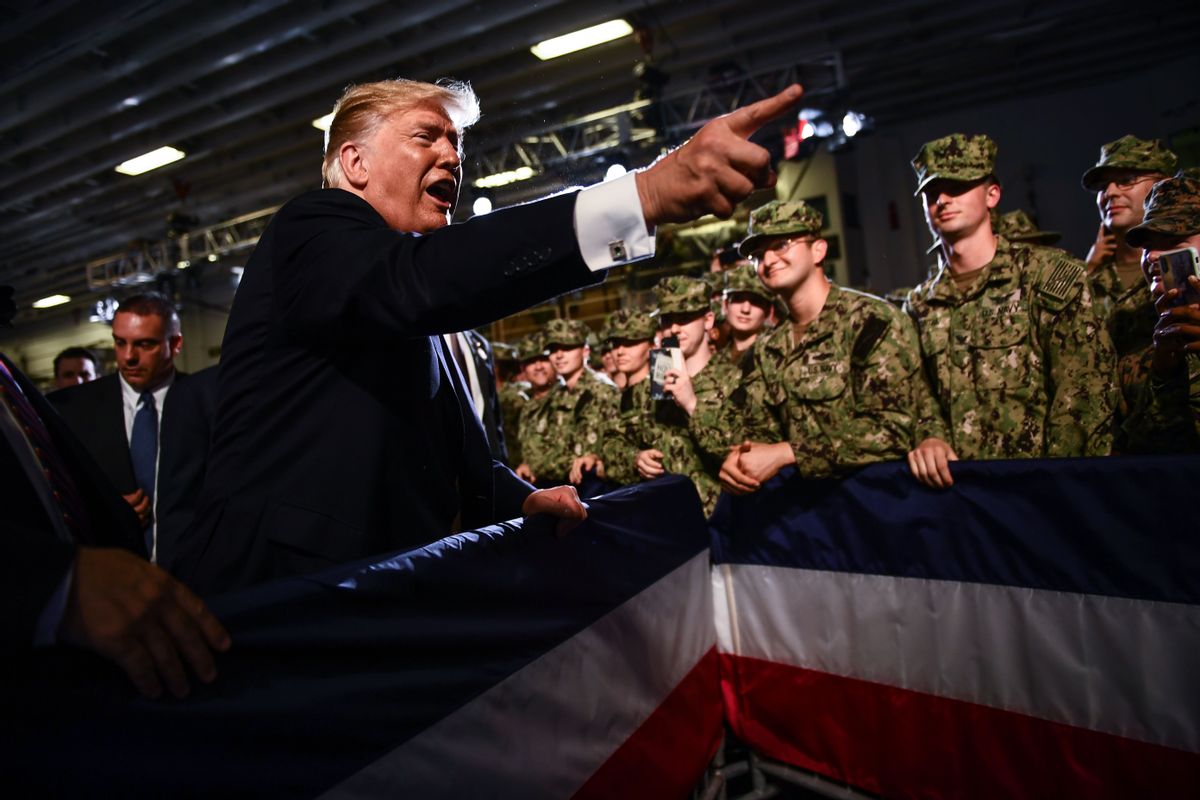 In early 2021, a rumor circulated online alleging that former U.S. President Donald Trump remained the leader of America's armed forces despite the fact that Joe Biden took the presidential oath of office on Jan. 20.

Snopes became aware of the below-displayed image, which claimed Congress passed a law in 2019 (under Trump) that allows outgoing presidents to control the federal departments of defense and homeland security after the inauguration of their successors, for up to 60 days. In other words, the image claimed Trump could issue orders for all branches of the country's armed forces — including the Marine Corps, Navy, Air Force, and Coast Guard — even though he was no longer commander in chief. Under terms outlined in the post, Trump would supposedly retain that executive authority until March 21.

The claim was an erroneous interpretation of an amendment to a longstanding law governing presidential transitions, the 1963 Presidential Transition Act.

That act outlines requirements for the General Services Administration (GSA), the executive branch agency that oversees the setup of White House operations between Election Day and Inauguration Day (when a new administration takes over), and has received various updates by Congress over the decades.

The claim, however, stemmed from an amendment (S. 394), proposed by Republican Sen. Ron Johnson in February 2019.

That bill, which became law in March 2020, ultimately clarified the GSA's role during transitions and established new conditions for presidential candidates before Election Day — including a requirement that they enter into a formal agreement with GSA, outlining the agency's commitment to them if they win.

Additionally, the amendment shortened the time under which the GSA can provide services, such as parking spaces or mailboxes, to outgoing presidential administrations and their staff. The GSA's website states, as of this writing:

The GSA provides, upon request, services and facilities in support of the transition of each outgoing President and Vice-President. Those services and facilities include space, communication systems, IT support, financial management, human resources management, telephones, parking, furniture, vehicles, office equipment, mail management, and administrative support services (such as payroll, financial services, and contracting). The GSA also works with the National Archives and Records Administration (NARA), as necessary, to provide support to the former Presidents in the establishment and maintenance of their libraries. These services are only provided in the event of a change of Administration.

Before Johnson's amendment, under a 2015 law, GSA provided those above-listed services to outgoing presidents (if they asked for them) for up to 120 days after Inauguration Day. The 2019 proposal, under Trump, limited that window to 60 days.

In sum, while it was true that Congress, under Trump, established a law that requires the GSA to provide services to outgoing presidents for up to 60 days after Inauguration Day, the legislation did not give those politicians or their administrations the authority to direct any federal department, including the armed forces, after their successor takes office.