Sometimes, a bottle of milk is just a mouse's favorite treat. 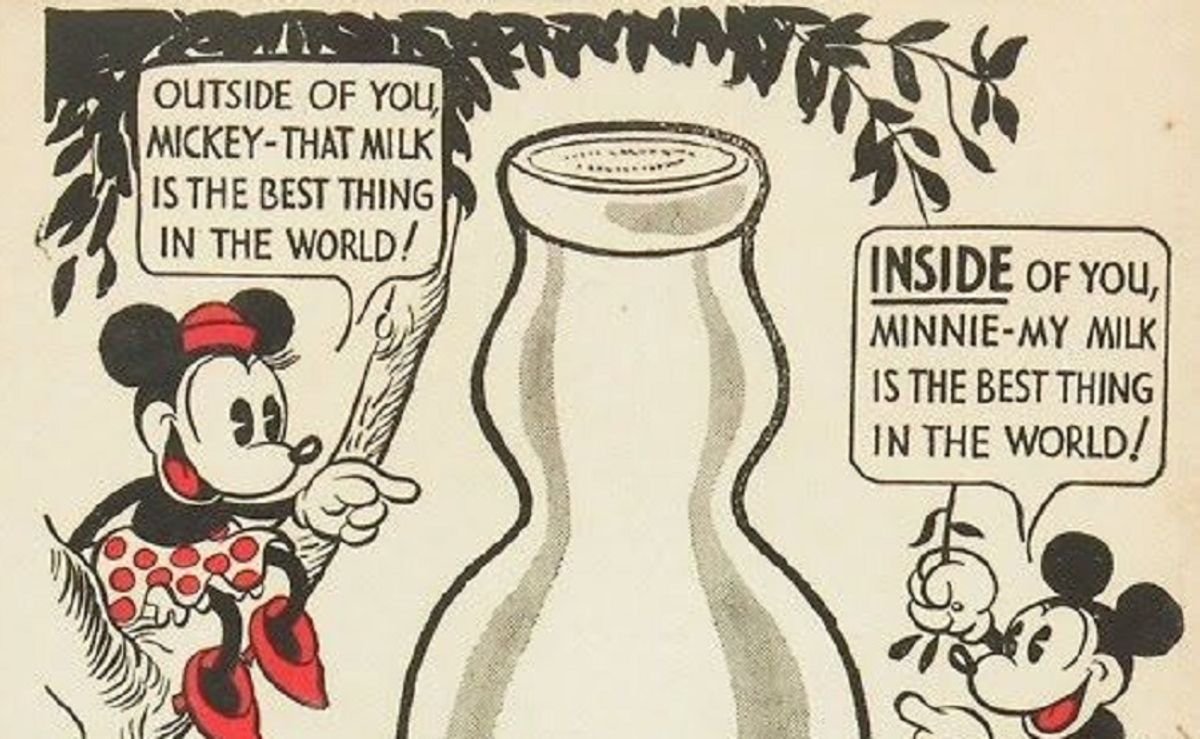 A favorite picture commonly posted to social media and image-sharing platforms is a supposed advertisement for milk from the Grand Rapids Creamery, one which utilized the popular cartoon characters of Mickey and Minnie Mouse. The image is a favorite not just for its use of Disney characters, but for the allegedly (inadvertent) sexual suggestiveness of the ad copy: As Boing Boing wrote back in 2011, this "bit of dialogue from Minnie and Mickey Mouse either contains a rude double-entendre or is a relic of an era of unbelievable naiveté."

Boing Boing was wrong about that, though, as many others have been. This image is a subtly altered version of a more innocuous advertisement.

Back in the 1930s, a number of different dairies gave away copies of a promotional Mickey Mouse Magazine produced by Hal Thorne, who licensed the use of Disney characters. The covers and advertisements used for those magazines were generic, with the name of the local sponsoring dairy overlaid on them, like so: Ah, but what a difference a word makes. In this case, a difference that has prompted countless viewers to tittle over a supposedly "innocent little double entendre that the ad agency thought was clever" that was actually the product of some modern digital image editing.