Was a 'Giant Maxi Pad' Pool Float a Real Product?

This item may have benefitted from a female focus group. 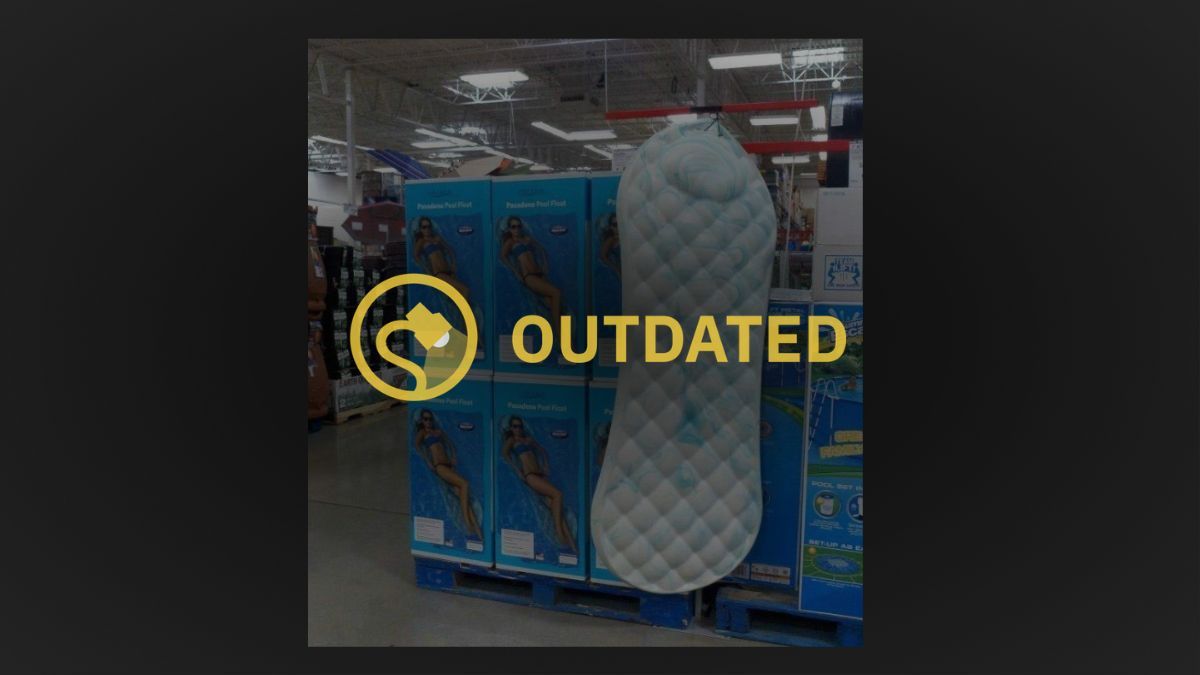 Claim:
A pool float that looks like a giant sanitary napkin is a real product.
Rating:

For several years as of this writing, internet users have been preoccupied with a picture of what many described as a pool float that bore a striking resemblance to a feminine hygiene product.

The picture of the maxi pad float has been inspiring jokes since it swept the internet in 2017.

In 2017, author Jillian David, upon viewing the product, posted a humorous tweet about it, noting that what appeared to be a mishap could have been avoided by consulting with women:

Perhaps owing to record-setting hot weather in late July and early August 2022, some questioned with renewed interest whether the pictures could be believed. One reader posted in the Snopes Facebook tips forum that the item that was circulating years ago had resurfaced, and asked whether the photograph was "ever determined to be genuine or not genuine."

We were able to find it on the website of big box retailer Sam's Club — proving the infamous pool float was real. That said, it didn't appear the item was available anymore, as of this writing.

Dubbed the Aquaria Pasadena Pool Float, the float looked like a giant maxi pad, with its figure-8 shape and and textured appearance.

This isn't the first time a claim involving feminine hygiene products has gone viral, and sometimes, like the story about tampons soaked in opium to relieve menstrual pain, they are at least partially true.