Were Tampons Once Sold Soaked in Opium?

Internet users enjoyed photos of an early-20th century box of tampons. But what does the historical record show? 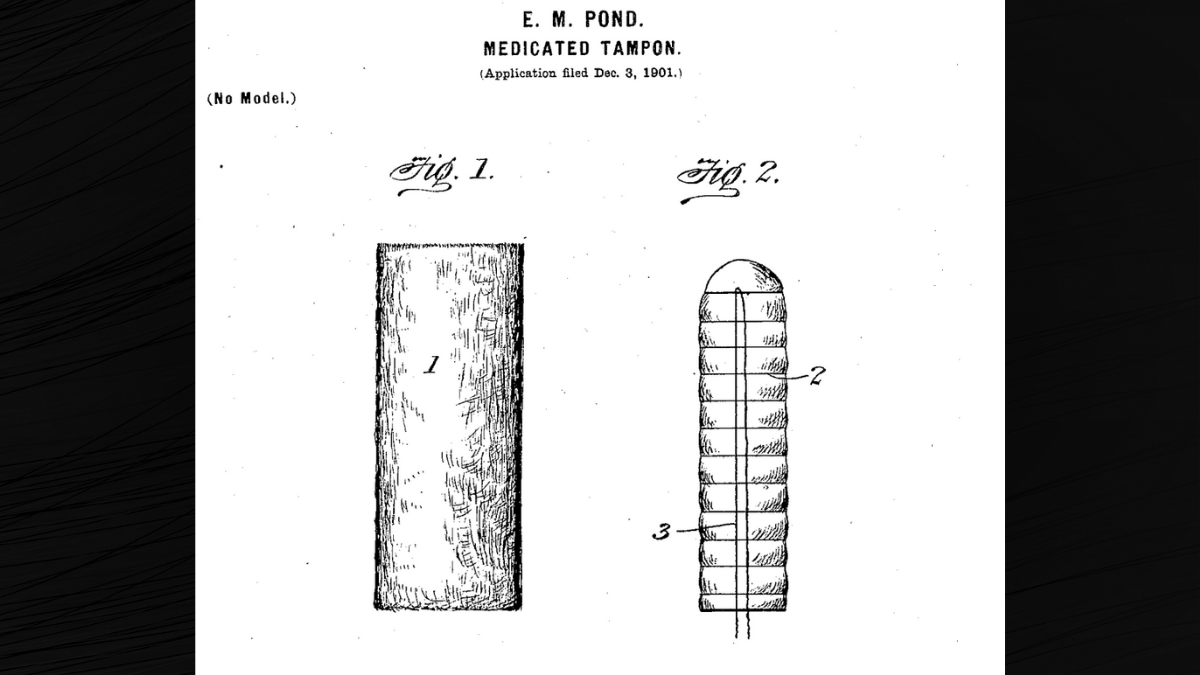 Claim:
In the early-20th century, tampons were sold soaked in opium in order to relieve menstrual pain, as shown in a widely shared photograph.
Rating:

A widely shared photograph was an authentic record of a real product — Pond's medicated tampon — sold in the 1900s, which did indeed contain opium. Evidence exists that doctors did occasionally advise the use of tampons soaked in opium to treat menstrual pain. However ...

The practice of using tampons soaked in opium as a treatment for menstrual pain, specifically, does not appear to have been widespread.

In the spring of 2022, internet users enthusiastically shared a photograph of what appeared to be an early-20th century box of tampons with opium listed as an ingredient on the packaging.

The photograph was genuine, and not the result of digital editing, and the product it showed was real. However, the practice of using a tampon soaked in opium as a treatment for menstrual pain, specifically, does not appear to have been widespread. As a result, we're issuing a rating of "Mostly True."

A photograph of the box, which featured "Pond's Tampon" on the packaging, was included in a popular Reddit post on April 27, 2022. A small description of the product, placed on a label in front of it, read: "POND'S TAMPONS Contain Opium, Belladonna and Hyoscyamus."

The caption on the Reddit post read: "In the early 1900s, some tampons were soaked in opium and belladonna to help combat menstrual pain": The photograph shows an exhibit at the New Orleans Pharmacy Museum, which has formed the basis of numerous social media posts in recent years, which typically focus on the apparent addition of opium to tampons in the early 20th century, for the purpose of relieving menstrual pain: A higher resolution photograph of the exhibit, captured in 2020, more clearly shows that the packaging lists "Opium, Belladonna and Hyoscyamus" as ingredients: It also provides clues as to the exact nature of these tampons, stating:

From those details, we know that the product exhibited at the museum, and shown in various social media posts, was the one patented in the United States in 1902, by Edmund Morse Pond — a Rutland, Vermont surgeon and inventor. (The 1904 and 1906 patents were for improvements to the original.)

That 1902 patent described a "medicated tampon," and stated:

My invention has relation to improvements in surgical appliances in the nature of suppositories, tampons and capsules for internal application and treatment of the uterine system or of the rectum; and the object is to provide a compressible and expansible roll or cylinder composed of an absorbent material which in its compressed form may be applied within a cavity of the body and when so applied may be released from compression and automatically expand...

The interior of the body may be cored out...to afford room for a medical substance, which will saturate the material and eventually reach the surface and be applied to the diseased member. In the other instances the material composing the device may be saturated before or after compression, or the gelatinous covering may constitute the medicated medium.

In the first two decades of the 20th century, Pond also obtained patents for medicated tampons in the United Kingdom, France, and Switzerland. Pond's "medicated tampon" highlights an important distinction. In 2022, a tampon is near universally understood as a product designed to absorb blood and secretions during menstruation. In the 19th and early-20th centuries, that wasn't always the case.

The word "tampon" originally derives from earlier French words for plug and cloth. In this broader sense, it had been used for centuries to describe a cloth stopper for insertion in various bodily cavities, the vagina in particular.

Medical references to tampons, in English, can be found as far back as the early-19th century, and towards the end of the 1800s, U.S. patents were granted for several products that mentioned the word "tampon," but did not match the device's modern functions.

Rather, the tampon was typically intended for use by medical professionals (rather than non-professional female consumers) and designed to help deliver or apply some substance or other (rather than for absorbing menses), and in the treatment of a specific perceived malady (rather than as a straightforward remedy for menstrual cramping).

Hence this 1907 advertisement, which promoted Pond's tampons as "a perfect method of local medication in gynecological work" and "as a means of applying local treatment in gonorrhea, endometritis, cervicitis," and so on:

Similarly, a 1922 advertisement promoted Pond's tampons to "progressive gynecologists and physicians in general" as "an easy, safe and thorough method of vaginal and uterine medication."

In the late-19th and early-20th centuries, doctors undoubtedly overprescribed opium for a variety of complaints, and there is some evidence that included menstrual pain, or "dysmenorrhea," and that in some cases, the opium was administered via a tampon. Doctors also sometimes performed opium enemas on women experiencing various gynecological ailments.

It certainly wasn't unheard of, therefore, for menstrual cramping to occasionally be treated with an opium-soaked tampon, but readers should approach with caution the picture presented in some social media posts — that countless independently minded, turn-of-the-century women unapologetically and routinely vanquished their own menstrual pain using the weapon of an opium-soaked tampon.

The printed historical record — consisting of newspaper articles and advertisements, medical journals, and so on — contains only a handful of references to the use of opium with Pond's tampons, and of those, none was for the stated purpose of relieving straightforward cramping.

More broadly, the printed record contains plenty of references to the combined use of tampons and opium, but the majority of those instances have to do with the management of pain and hemorrhaging in the context of pregnancy, miscarriages, and abortions, and therefore most certainly not in the context of menstruation.

Bard, Samuel. A Compendium of the Theory and Practice of Midwifery: Containing Practical Instructions for the Management of Women, During Pregnancy, in Labour, and in Child-Bed. Illustrated by Many Cases, and Particularly Adapted to the Use of Students. Collins and Company No. 189, Pearl-street, 1819.

Dewees, William P. Compendious System of Midwifery, Chiefly Designed to Facilitate the Inquires of Those Who May Be Pursuing This Branch of Study. Philadelphia: Carey and Lea, 1830.

iklegemma. “In the Early 1900s, Some Tampons Were Soaked in Opium and Belladonna to Help Combat Menstrual Pain.” R/Interestingasfuck, 27 Apr. 2022, www.reddit.com/r/interestingasfuck/comments/ud3umu/in_the_early_1900s_some_tampons_were_soaked_in/.

Tampon | Etymology, Origin and Meaning of Tampon by Etymonline. https://www.etymonline.com/word/tampon. Accessed 2 May 2022.