Beware, the internet is a minefield of misattributed quotes. 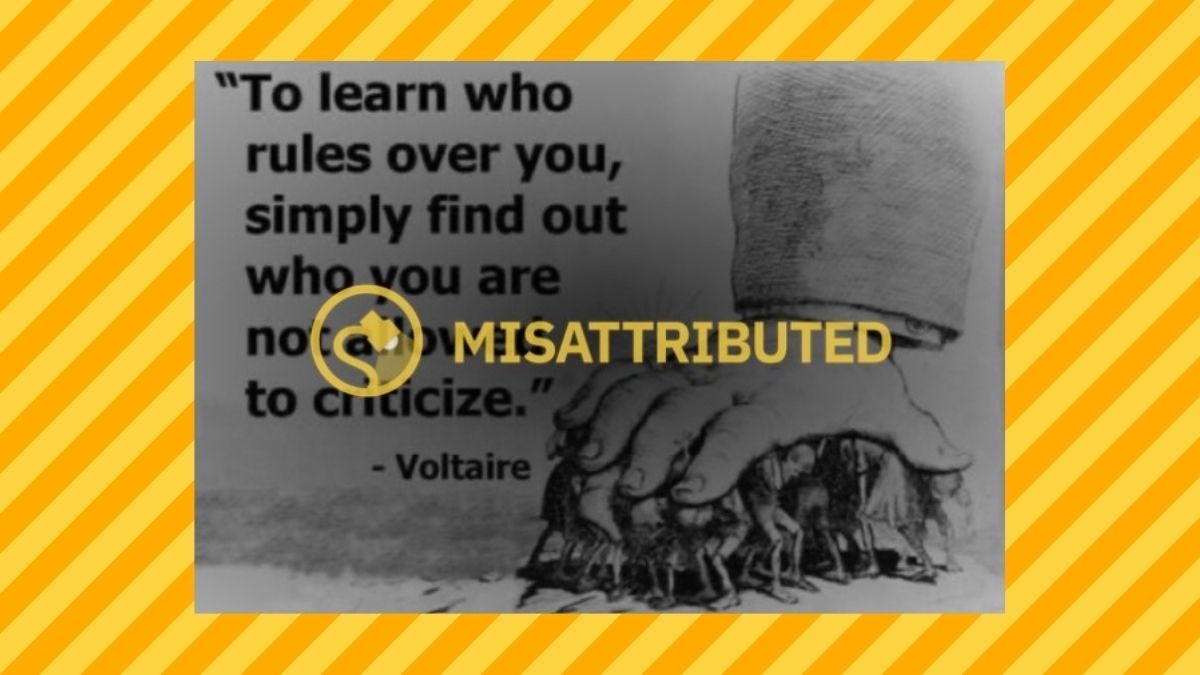 Claim:
French writer Voltaire said: "To learn who rules over you, simply find out who you are not allowed to criticize."
Rating:

This is a paraphrased version of a quote from a neo-Nazi named Kevin Strom. Voltaire did not write this sentence. The quote shared by Massie — "To learn who rules over you, simply find out who you are not allowed to criticize" — is not a quote from Voltaire. Rather, this is a paraphrased version of a quote from a neo-Nazi, Kevin Strom, who pled guilty in 2008 to possession of child pornography.

The original version of this quote appeared in a 1993 essay by Strom in which he wrote: "To determine the true rulers of any society, all you must do is ask yourself this question: Who is it that I am not permitted to criticize?"

Massie was not the first to erroneously attribute this passage to Voltaire. The earliest iterations of this misattribution that we could find came in a 2007 post on the neo-Nazi internet forum for the Vanguard News Network. Since then, it has been shared in a variety of forums. In 2013, a reader wrote in to the Herald and Review newspaper in Illinois and used this quote to criticize "politically correct" attacks on freedom of speech.

In 2015, an Australian senator deleted all of his tweets after he realized he had accidentally shared a quote from a neo-Nazi. Actor John Cusack issued an apology in 2018 after he mistakenly attributed this quote to Voltaire. In 2021, the quote was widely shared on social media in memes that featured images of Voltaire.

It's also worth noting that the artwork used in Massie's tweet wasn't originally created to represent some sort of science-based oppression (i.e., vaccination requirements). Rather, it originated with an anti-child labor cartoon from the 1910s. While misattributed quotes may often be viewed as trivial mistakes, it's important to recognize that this is a common method used to spread discredited ideas and hateful rhetoric. By placing an extreme opinion into the mouth of trustworthy source — for example, falsely claiming that Morgan Freeman urged people to stop taking COVID-19 tests, that Jim Carrey said the media should be shut down, or that Mike Tyson wore an anti-vaccination shirt — one can make that extreme opinion seem more palatable.