Was a Man Kicked Out of Golden Corral After Eating More Than 50 Lbs. of Food?

'Despite the fact that the restaurant advertised the buffet as “all-you-can-eat”, the manager of the establishment seems to have lost patience at some point.' 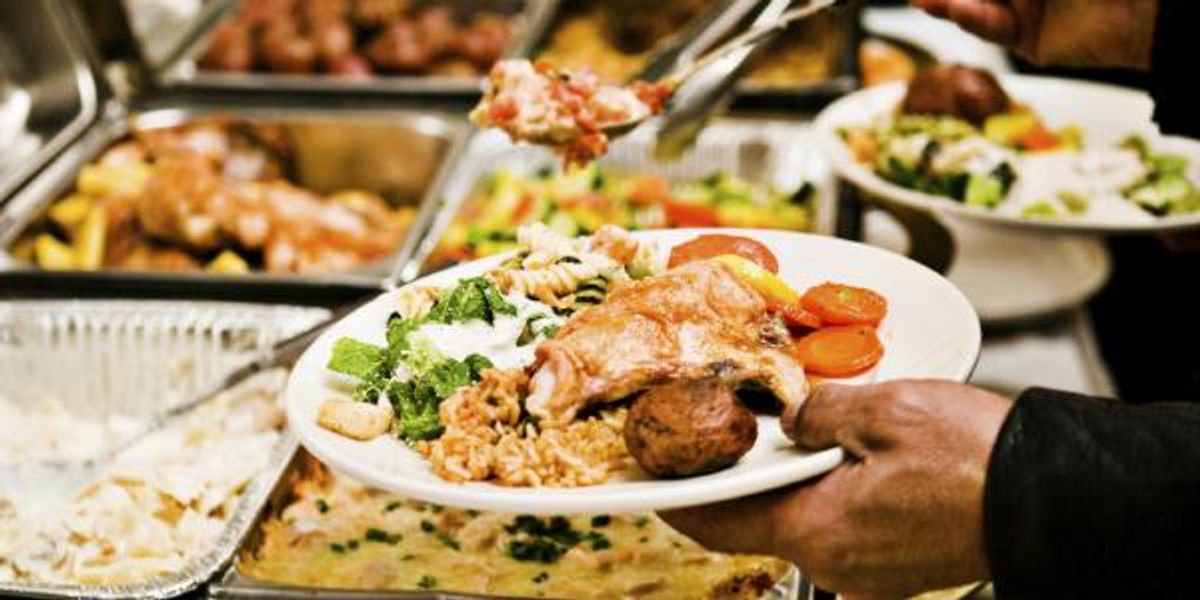 Claim:
An obese man is suing Golden Corral because he was kicked out after spending seven hours at their buffet.
Rating:

On 12 February 2016, the World News Daily Report (WNDR) website published an article reporting a 51-year-old welfare recipient was suing Golden Corral after being ejected from one of their restaurants for spending more than seven hours at the buffet:

A man from Massachusetts is suing Golden Corral Corporation for 2 million dollars, for false advertising, after being literally thrown out of one of the chain’s restaurants by the employees, last Thursday.

According to witnesses, the 51 year old man who lives on welfare, was expelled from the restaurant after he then spent more than 7 hours on-site, ingesting a quantity of food which has been estimated between 50 and 70 pounds.

Despite the fact that the restaurant advertised the buffet as “all-you-can-eat”, the manager of the establishment seems to have lost patience at some point, telling him that his meal would be free but asking him to leave. The manager’s intervention angered Mr Fleming, and a brief altercation took place before he was finally pushed out of the restaurant.

“It’s a serious injustice, and I am deeply insulted!” Mr. Flemmings told reporters. “With my income, I rarely go to the restaurant, so I try to get as much as I can for my money when I do. This was the worst experience I have ever had in a restaurant. Not only did they kick me out while I was still hungry, but they looked at me like I was disgusting, like I was not worthy of eating there! It’s unacceptable, and I demand a compensation!”

WNDR's article was quickly reproduced on other fake news sites such as Huzlers and LinkBeef, but there was no truth to any of the claims. The article swiped a 2014 photograph from a Daily Mail article about a 38-year-old Texas man's decision to undergo weight loss surgery, and the "welfare recipient" detail was added to bolster stereotypes of laziness and excess among recipients of government assistance.

The story was also highly reminiscent of a very old and well-known joke told by comedian John Pinette: