Did This Nobel Prize Winner Say COVID-19 Was Created in a Lab?

Keep in mind, the opinion of one person does not outweigh the consensus of the scientific community. 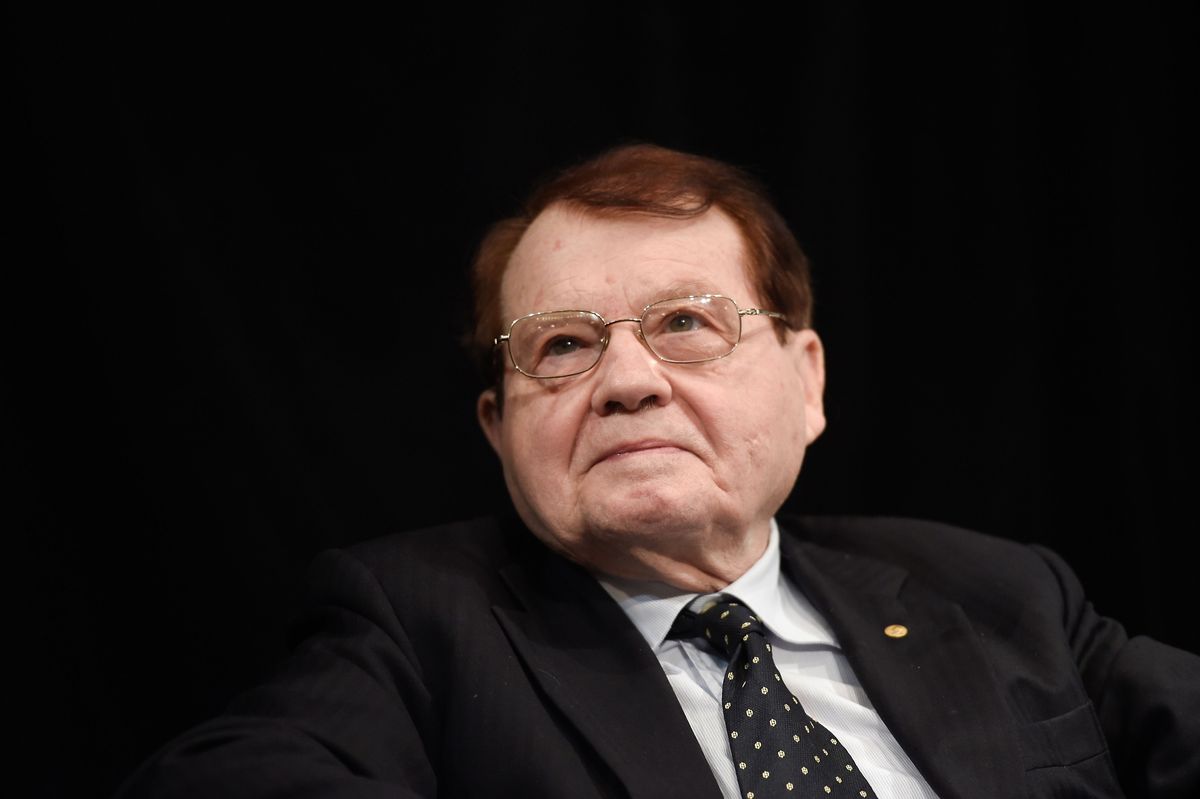 Since the outset of the COVID-19 coronavirus disease pandemic, we've fielded a number of questions about the origins of this strain of coronavirus. While the general consensus of the scientific community is that COVID-19 evolved naturally, there have been some outliers who have proposed other theories about this disease's origins.

Luc Montagnier, for instance, a French virologist who won the Nobel Prize for Physiology or Medicine in 2008 for his discovery of the human immunodeficiency virus (HIV), said during an appearance on France's CNews that COVID-19 was "not natural" and suggested that this disease actually resulted from work done by molecular biologists who were attempting to create an AIDS vaccine.

We came to the conclusion that there was manipulation around this virus. […] To a part but I do not say the total […] of the coronavirus of the bat, someone added sequences, in particular of HIV, the virus of AIDS. […] It is not natural. It’s the work of professionals, of molecular biologists. […] A very meticulous work.

Here's the video of Montagnier claiming that COVID-19 was artificially created in a lab by scientists working on an AIDS vaccine:

While Montagnier truly made these statements, his theory that COVID-19 was artificially created in an attempt to create an AIDS vaccine has been widely disputed by scientists.

That does not make sense. These are very small elements that are found in other viruses of the same family, other coronaviruses in nature... These are pieces of the genome that actually look like lots of sequences in the genetic material of bacteria, viruses and plants.

If we take a word from a book and that word resembles that of another book, can we say that one has copied from the other?... It's absurd.

During his appearance on CNews, Montagnier noted that his theory was supported by a paper published by a group of researchers in India. While it's true that a paper claiming that HIV-1's genetic code could be found in COVID-19, this paper, as the Cnews presenters noted, was not published in a peer-reviewed journal. Furthermore, the paper was subsequently withdrawn by its authors.

We addressed that paper in another article concerning various conspiracy theories about the origins of the coronavirus:

Another line of pseudoscientific reasoning concerns claims that the virus is just too perfectly built to infect humans to be a virus of natural origin. A big talking point in this space stems from a paper that was later retracted by the authors themselves. On Feb. 2, a team of Indian researchers released a non-peer-reviewed preprint of a paper asserting to have found “uncanny” similarities between amino acid structures in SARS-CoV-2 and HIV. “The finding,” they argued, “is unlikely to be fortuitous in nature,” seemingly implying a level of human engineering behind the virus.

The paper was swiftly retracted by the authors, according to STAT News, with commenters noting the study’s rushed methods and likely coincidental, if not entirely incorrect, conclusion. A Feb. 14 paper, this one peer-reviewed, “demonstrated no evidence that the sequences of these four inserts are HIV-1 specific or the [SARS-CoV-2] viruses obtain these insertions from HIV-1.”

Speaking to Snopes by email, Robert Garry, an infectious disease expert at Tulane University who has published on the origins of SARS-CoV-2, told us by email that “the so-called HIV sequences are very short — nothing more than random chance.”

Such a reality has not stopped pseudoscientific internet personalities from incorporating these already discredited results into misinformed conspiracy theories while pushing vaccine skeptical content.

While many of the medical professionals responding to Montagnier's statements tended to focus on scientific issues with his claim, CNews noted Montagnier's history of wading into pseudoscience territory. Montagnier, for instance, is a proponent of "water memory," an unproven theory at the center of many homeopathic remedies, which, according to Richard Sachleben, a retired chemist and member of the American Chemical Society's panel of experts, "doesn't hold up to scientific scrutiny."

Nobel Prize-winner Montagnier truly said that COVID-19 was created in a lab by researchers who were attempting to make an AIDS vaccine. However, that doesn't mean what he said was accurate. In fact, a peer-reviewed study from the Scripps Research Institute that was published in the journal Nature in March 2020 found "no evidence that the virus was made in a laboratory or otherwise engineered."

National Institute of Health Director Dr. Francis Collins provided his thoughts on this study from the Scripps Research Institute in a blog post, writing that "a new study debunks such claims by providing scientific evidence that this novel coronavirus arose naturally." Collins went on to say that there is still much to learn about the origins of COVID-19, especially on how it was initially transmitted to humans. For this, Collins provides two scenarios:

No matter where you go online these days, there’s bound to be discussion of coronavirus disease 2019 (COVID-19). Some folks are even making outrageous claims that the new coronavirus causing the pandemic was engineered in a lab and deliberately released to make people sick. A new study debunks such claims by providing scientific evidence that this novel coronavirus arose naturally.

In the first scenario, as the new coronavirus evolved in its natural hosts, possibly bats or pangolins, its spike proteins mutated to bind to molecules similar in structure to the human ACE2 protein, thereby enabling it to infect human cells. This scenario seems to fit other recent outbreaks of coronavirus-caused disease in humans, such as SARS, which arose from cat-like civets; and Middle East respiratory syndrome (MERS), which arose from camels.

The second scenario is that the new coronavirus crossed from animals into humans before it became capable of causing human disease. Then, as a result of gradual evolutionary changes over years or perhaps decades, the virus eventually gained the ability to spread from human-to-human and cause serious, often life-threatening disease.

Either way, this study leaves little room to refute a natural origin for COVID-19. And that’s a good thing because it helps us keep focused on what really matters: observing good hygiene, practicing social distancing, and supporting the efforts of all the dedicated health-care professionals and researchers who are working so hard to address this major public health challenge.

This isn't the first time we've been asked about comments a Nobel Prize winner supposedly made about the coronavirus. Another Nobel laureate, Tasuku Honjo, was also rumored to have said that COVID-19 was "man-made." While the scientific community disputed the accuracy of Montagnier's comments, Honjo's alleged comment was dismissed because he simply didn't say it. That quote was entirely fictional.