Unlike new viruses, quotes can be manufactured with ease. 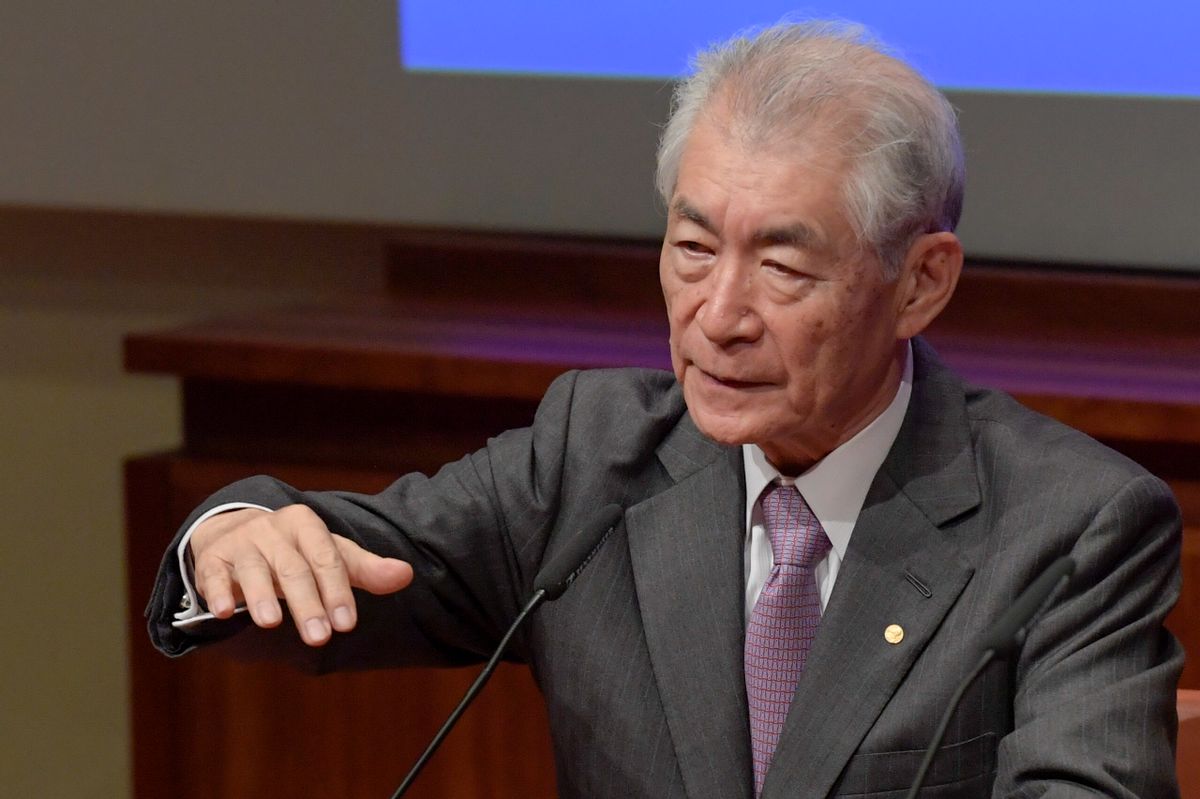 Throughout the early months of the COVID-19 coronavirus disease pandemic, we repeatedly came across variations of the claim that COVID-19 was manufactured at a laboratory in Wuhan, China. While dozens of medical experts have already debunked this idea (the evidence indicates that the virus evolved naturally), this bit of misinformation continued to spread on social media.

In April 2020, for instance, a lengthy text message started to circulate on Facebook and WhatsApp that supposedly included a quote from Nobel laureate Dr. Tasuku Honjo in which he ostensibly said that COVID-19 was "invented" at a lab in Wuhan, China: It’s as damning an indictment as it could be stretched to. China is accused of inventing the Coronavirus in its Wuhan laboratory with whatever intent that might have prompted the venture.

A Nobel laureate Japanese academician, Dr. Tasuku Honjo (pictured below), who had shared a 2018 Nobel prize for his outstanding works in the study of immunology, had revealed the reasons for blaming China for inventing the deadly virus that had already infected, maimed and killed millions across the globe.

Professor Honjo maintains, “I know the Chinese labs where the virus was perfected. I called many times since the Wuhan breakout. Phones are dead. Doctors and technicians involved were killed.”

He added, “natural viruses are temperature and climate-sensitive. Corona had affected every nation, irrespective of geography, climate and temperature. Had it been natural, it’s spreading would have been limited to Wuhan like places and climate.”

Dr. Honjo threw a challenge in support of his finding and the assertions, saying, “if it’s not proven even after my death, take away my Nobel prize.”

Honjo never worked at the Wuhan Institute of Virology, the quotes in this post are fictitious, and China did not "invent" this virus. But in this message's defense, it does accurately state that Honjo won the Nobel Prize in Physiology or Medicine in 2018.

Honjo is currently the Deputy Director-General and Distinguished Professor at the Kyoto University Institute for Advanced Study. A biography on the KUIAS website lists the various institutes and academies Honjo has been associated with since the 1960s. The Wuhan Institute of Virology is not included.

We searched for the quotes included in this viral text but could not find them reported by any credible sources. In fact, it appears that this quotation exists solely in social media posts. We did find a Twitter account using the handle @TasukuHonjo that expressed similar sentiments as the above-displayed quotes, but it doesn't appear that this account actually belongs to the Nobel Prize winner.

For starters, this account is not verified. It is also only a few days old (its first tweet was posted on April 23) and it has been used almost exclusively to push conspiratorial content regarding COVID-19.

The Indian fact-checking website News Meter managed to contact one of Honjo's students who issued a statement on the Nobel Prize winner's behalf. The statement confirmed that this Twitter account was fake, that Honjo never worked at the Wuhan lab, and that these were not real quotes:

Prof. Honjo never gave any such statement. Each and every sentence of this post is completely false and has no connection with truth. Prof. Honjo never worked in Wuhan laboratory. He never called there. He did not work on virus origin and functions and other related issues. All the contents are just concocted and nothing else...

... The twitter handle you mentioned does not belong to Prof. Tasuku Honjo. it is created by someone possibly with malicious intentions. Please stop this fake news.

Furthermore, Honjo's genuine public statements about the pandemic fly in the face of the quotes presented in this viral piece of text.

For instance, in an interview with the Nikkei Asian Review, Honjo was asked why medical advancements have not been able to eradicate infectious diseases. While the fake quote included in the above-displayed text falsely claimed Honjo said that "natural viruses" couldn't spread around the globe due to factors such as climate, Honjo's genuine response to this question shows that he actually has the opposite view, saying that "one novel virus can turn the world on its head" and that "infectious disease can spread quickly to a large number of patients."

Medicine has evolved dramatically even compared with 20 years ago, but every new virus requires a new response. Physics and chemistry have established principles, but biology is a science that's still developing, and there's so much we still don't know. So one novel virus can turn the world on its head. Many people probably wonder why, but that's just the reality.

Infectious diseases are completely different from something like cancer. Infectious diseases can spread quickly to a large number of patients. Meanwhile, incidence and survival rates for cancer largely stay constant, and expertise in the area is growing steadily.

Research into infectious diseases needs to go hand in hand with immunology. There's no point in looking only at the virus, and we need to know how people battling the virus respond to it.

On April 27, 2020, Honjo published a statement saying that he was "greatly saddened" that his name, and the name of Kyoto University, have been used to spread misinformation.

In the wake of the pain, economic loss, and unprecedented global suffering caused by the COVID-19 pandemic, I am greatly saddened that my name and that of Kyoto University have been used to spread false accusations and misinformation.

This is a time for all of us, especially those of us devoting our careers to the forefronts of scientific research, to work together to fight this common enemy. We cannot delay one moment in this effort to save the lives of our fellow humans. At this stage, when all of our energies are needed to treat the ill, prevent the further spread of sorrow, and plan for a new beginning, the broadcasting of unsubstantiated claims regarding the origins of the disease is dangerously distracting.

This University devotes itself to furthering the wellbeing of humanity based on a principal of harmonious coexistence with the natural environment. It is my enduring pleasure and honor to support this aim to my fullest. Let us keep our eyes on the highest goals attainable by our species.

Honjo did not work at the Wuhan Institute of Virology, he did not say that COVID-19 was "invented" or "man-made," and the Twitter account posting similar claims does not belong to the Nobel Prize winner. In addition, this rumor is all based on the unfounded notion that COVID-19 was created as a bioweapon. You can read our examination of that false conspiracy theory here.