Did Lil Wayne Tweet He Would 'Piss' in Mark Cuban's Mouth? 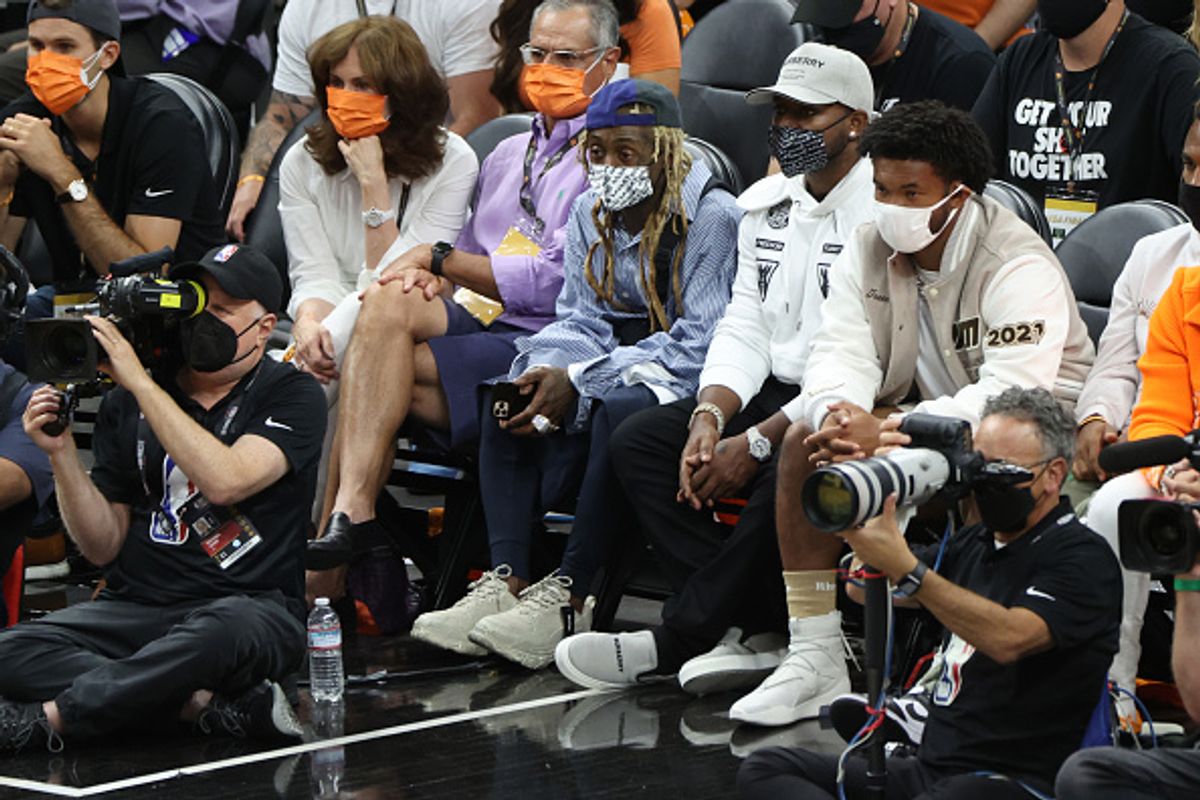 Claim:
In May 2022, musician Lil Wayne posted a message on Twitter saying he would "piss" in Mark Cuban's mouth.
Rating:

In May 2022, as the Phoenix Suns faced the Dallas Mavericks in the NBA playoffs, a social media feud brewed between Mavs owner Mark Cuban, musician Lil Wayne, and Mavs player Luka Doncic.

The feud started on May 8 when Wayne posted the message "Luka a ho" on Twitter. On May 16, after the Suns were eliminated from the playoffs in a blowout win by the Mavericks the previous night, Cuban quote-retweeted Wayne's message with a photograph of Wayne sitting on the sidelines of the game and a quote from the musician's song "Uproar."

This, apparently, did not sit well with Wayne. The following night, a screenshot supposedly showing a tweet from Wayne in which the musician threatened to "smack" Cuban and "piss in ya fkn mouth" circulated widely on social media:

Most NBA fans encountered this message as a screenshot, not a live tweet on Wayne's timeline, along with claims that Wayne had deleted the tweet after he posted it. Some onlookers were skeptical about the message's authenticity, or if Wayne had really tweeted those words about Cuban in the first place.

Well, the tweet was real. Lil Wayne really posted the message "Mark Cuban don't make me get u smacked boy U playin w me?? I will piss in ya fkn mouth ho" on Twitter on May 17, according to screenshots and replies to the message. It was unknown when, exactly, the tweet was deleted; however, no one seemed to have archived the web page (a process that preserves the content of a particular web page at a specific moment in time) before that happened. As a result, we were unable to find an archived link to the deleted message.

Fake tweets are relatively common on social media. One indication that a tweet is fake is that it can't be traced back to an original URL or web address. But that wasn't the case with the in-question tweet by Wayne (here's the URL). Even though nobody appeared to have archived that link while the tweet was live, a number of people quote-retweeted Wayne's message (along with their own commentary), leaving a trail of Twitter evidence back to the original deleted message.

A screenshot of Wayne's message and some Twitter users' replies to it were captured and posted to Reddit. Those responses were still live on Twitter, as of this writing, and further evidence that Wayne really did tweet (and then delete) that he would "piss" in Cuban's mouth.