Is This Lauren Boebert With Two Near-Naked Men?

Social media users should be wary of photographs that start circulating after a scandal. 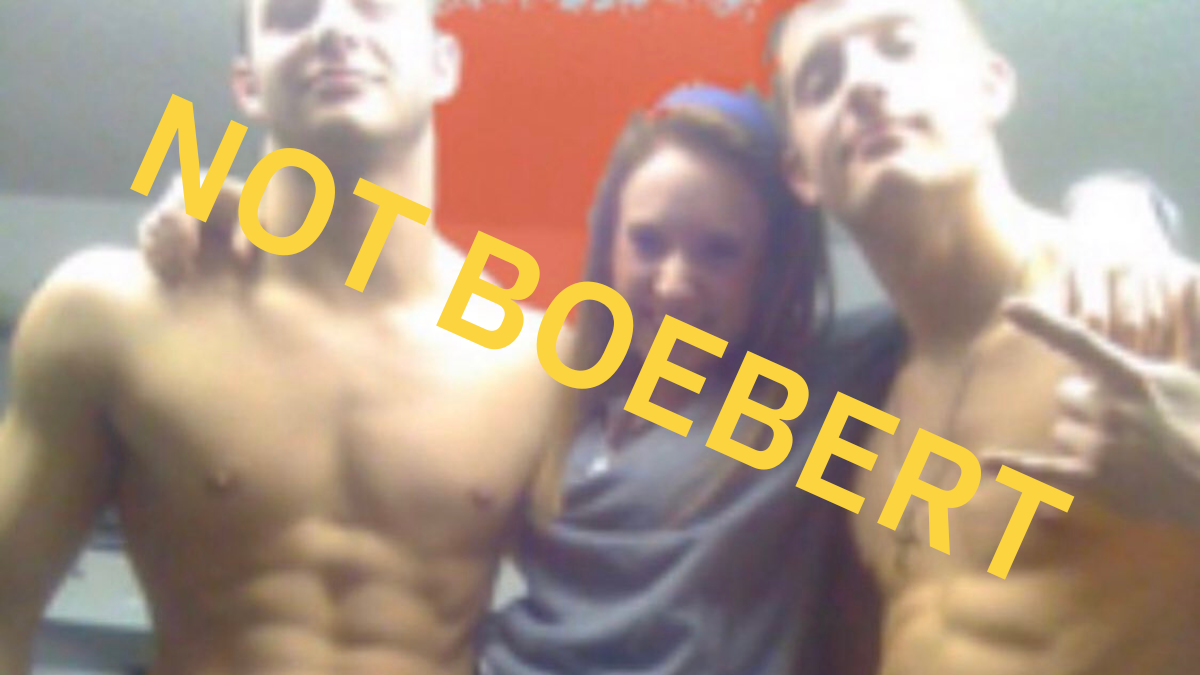 In June 2022, unsubstantiated allegations that U.S. Rep. Lauren Boebert had worked previously as an escort and had two abortions were widely circulated on social media. When Boebert addressed these claims, labeling them as fake news, many social media users responded by sharing a photograph that supposedly showed the congresswoman with two nearly naked men. There's no evidence that the woman in this photograph is Boebert. It has been circulating for years unattached to Boebert's name. The claim that it shows her appears to have been made up out of whole cloth in an attempt to malign the congresswoman.

'Escort' and 'Abortion' Allegations Against Boebert

On June 15, 2022, the American Muckrakers PAC, the same organization that released damaging photographs and videos of U.S. Rep. Madison Cawthorn in May 2022, released a document alleging that Boebert had worked as an unlicensed escort and that she has had two abortions. The group claimed that this showed how Boebert, a politician who is anti-abortion and who touts family values, was a hypocrite.

Shortly after this document was released, Boebert posted a message on Twitter labeling the claims fake news:

We have not been able to substantiate any of these allegations against Boebert. At the moment, these claims should be viewed with intense skepticism. They originated with a political PAC that appears to be focused on removing right-wing politicians from office and are based on a single anonymous source.

Origins of a Viral Photograph

As news of this scandal started to spread on social media, so did a picture that supposedly showed Boebert with two nearly naked men. There's little evidence, however, that she's the woman pictured.

One of the first instances that we could find of someone sharing this photograph along with the claim that it showed Boebert was in March 2022, when it was posted by the Tucker Carlson parody account "Sucker Carlson." That version was digitally altered to give this woman glasses similar to the ones Boebert wears:

It's also worth noting that this photograph was not included in the newly released allegations against Boebert. While the document did include two photographs that supposedly showed Boebert during a brief stint working as a model, this viral photograph was not one of them.

The claim that Boebert is pictured in this photograph appears to have been made up in an attempt to malign the politician. This photograph was circulating online for years unaccompanied by Boebert's name. When her name started appearing in captions of this photograph circa 2022, it did so without any evidence to support that identification.