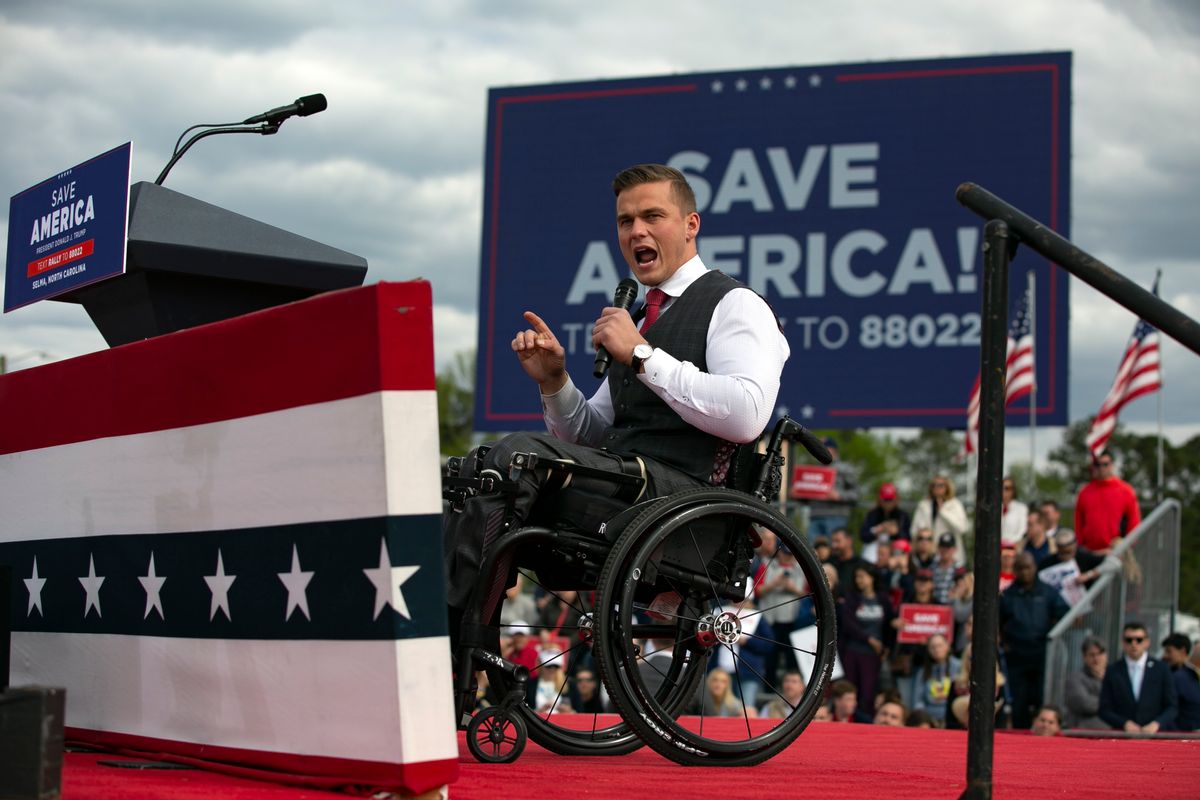 U.S. Rep. Madison Cawthorn of North Carolina is the subject of a new "exclusive" story from Politico featuring pictures that show him "wearing women’s lingerie in [a] public setting." The article calls the photographs "the latest in a series of unflattering headlines for the freshman member of Congress."

Cawthorn was quick to respond to the article on Twitter, saying that the pictures were "goofy vacation photos" that simply showed "a game on a cruise."

The link in Cawthorn's tweet led to an article on the Cruise Critic website headlined, "Royal Caribbean's Quest Game Show." The logo and words "The Quest" in the background of the pictures published by Politico appear to match photographs of the Royal Caribbean on the cruise website.

The article describes a public game show with a crowd of participants and published the following description.

Here's how it worked: The cruise director would instruct a member or members of the team to bring him a certain requested item. The first team to arrive with the requested item gets the most points, the second gets the second-highest and the third … well, you get it. After the top three teams, all other teams that arrive with the item receive one point each. It started off innocently enough, with requests for items like "a tie" or "a sock with a hole in it" (yes, every sock has at least ONE hole in it). But it quickly got a little more bawdy: a man wearing lipstick or someone with their pants on backward. By the end, it was barely controlled chaos, with one male member of our group wearing a bra and poorly applied makeup declaring his name was Savannah Sunshine.

We reached out to Royal Caribbean to learn more about the game show. We also contacted Cawthorn for additional comment on the cruise pictures. This story will be updated if we receive further details.