Was This Koala Rescued From a Bushfire in Australia?

As wildfires raged in Australia in January 2020, a photograph from a previous blaze went viral. 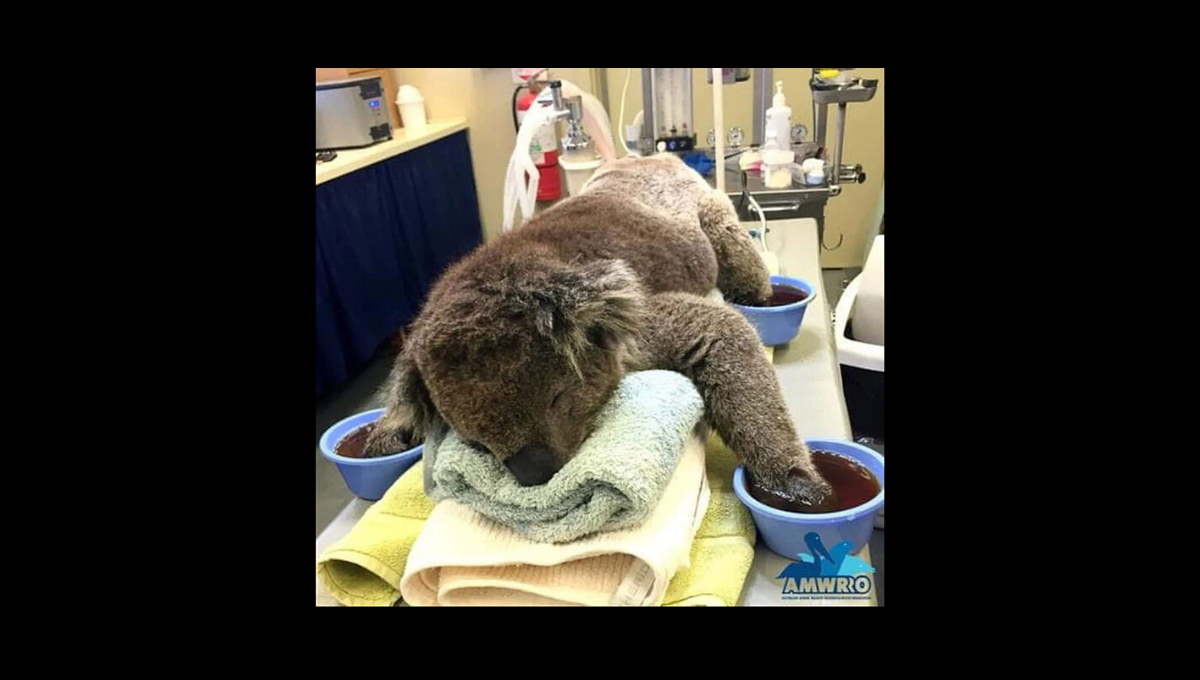 Claim:
A photograph shows a koala being treated after it was rescued from a bushfire in Australia.
Rating:

In January 2020, the internet was flooded with jaw-dropping pictures of massive wildfires across Australia. While many of these photographs were genuine, a few were miscaptioned or shared out of context. One such photograph showed a koala having its paws treated for burns: This picture does indeed show a koala being treated after it was rescued from a fire in Australia. However, the photograph was taken in 2015, not 2020.

The Australian Marine Wildlife Research & Rescue Organization (AMWRRO) shared the picture to the group's Facebook page in January 2015, along with a message explaining that the pictured koala, Jeremy, was having his paws treated at the organization for second-degree burns:

A fantastic effort by four agencies (CFS, Native Animal Network, Fauna Rescue and AMWRRO) working together for the best outcome for Jeremy a young male koala and the first bushfire victim to pass through the AMWRRO Wildlife Clinic. Jeremy has been assessed and all four paws treated for second-degree partial thickness burns, he is doing very well and is in great spirits. Thank you to all involved in his treatment thus far.

The International Fund for Animal Welfare said that koalas are among the first animals to perish in wildfires because the slow-moving creatures can't outrun the flames:

The IFAW said that injured koalas - such as Jeremy - typically come in with severe burns, especially on their paws, caused by contact with burning trees or from fleeing across fire grounds.

"On a normal day, they spend around 18 hours asleep in the fork of a tree and even when fully awake, they are slow-moving creatures with a top speed of around 10 kilometers an hour."

In a fast moving fire, they are often the first to perish.

"Injuries to paws, claws, face and ears are common and tiny joeys [baby koala] can often only wait in burning trees, crying for their mothers."

While the above-displayed picture was taken after a fire in Australia in 2015, similar scenes have taken place in 2020. Here's a video report from CNN about how the koala population is faring during the latter's devastating fires: