Did a Virginia Newspaper Run a KKK Ad on the Front Page?

The Westmoreland News published a photograph of a KKK recruitment flyer, a decision that was criticized as providing free advertising for the Klan. 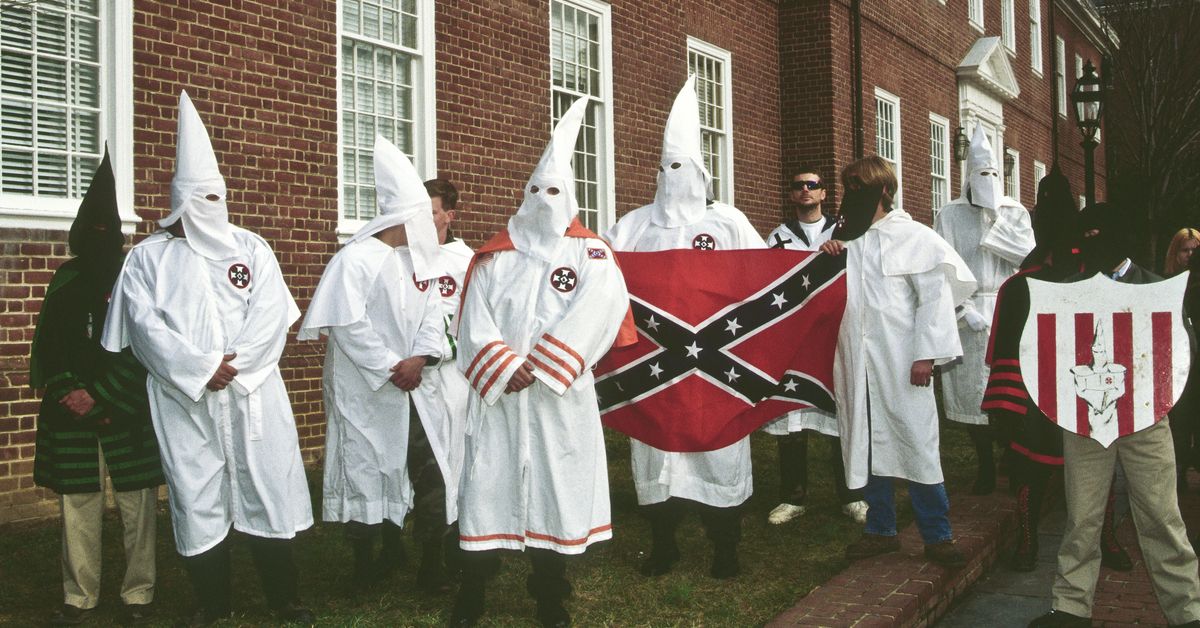 Claim:
The Westmoreland News ran a KKK ad on the front page of their newspaper in April 2018.
Rating:

The Westmoreland News did publish a copy of a KKK flyer in full on their front page as part of their reporting on KKK flyers being distributed in the region.

The document was not run as an ad in the paper, but was intended to be an illustration for their coverage of the KKK.

The material, which includes racist and anti-Semitic messages, appears to have been randomly dispersed to homes in Colonial Beach.

The random distribution of recruitment flyers placed in plastic bags (usually including some grains of white rice as a symbol of white supremacy) is currently, and has been for decades, the central way the violent hate group has recruited members.

In a move that has generated significant online controversy, the Westmoreland News reproduced a full, un-redacted version of that ad in their story, leading some to brand it has free advertising for the KKK. As reported by Newsweek and local CBS affiliate WTVR, many readers of the paper were outraged:

They posted the whole flyer as if they were giving them free advertising,” Colonial Beach resident Betty Tate Thompson told WTVR. “It even had the number on flyer to contact the head of the KKK. Which I thought was totally ridiculous.” [...]

[On Facebook, Jeremy Edouard Whitfield wrote] “This story could have been told without promoting these lunatics. Them and any other racially biased hate group have no business on the front page of any paper. Or any page for that matter. It is utterly ridiculous that you would print something like this without thinking of the repercussions.”

Local law enforcement — who provided the newspaper with a copy of the ad — also objected to its uncensored inclusion in the paper, which included phone numbers and contact info for how to join the group:

“That kind of shocked me, and I wrote [the editor] a very strongly worded email,” said [Police Chief Danny] Plott.

Plott said the editor called him back with an explanation. “She explained that she wanted to put it in to show people that those of us in Colonial Beach who may think there’s not racism; there is and I think she didn’t expect for this to blow up the way it did and with this outcome,” explained Plott.

While the ad was reproduced in full, The Westmoreland News did post a disclaimer on the story with this text:

Westmoreland News in no way condones or supports the content or message of this flyer, nor does it condone or support any branch of the Loyal White Knights, or the KKK.

Decisions on how to report the occurrence of KKK flyers in the media have not been made consistently in the past. When the Gaston Gazette reported on the appearance of KKK flyers in their region in early 2017, the newspaper redacted the group’s contact information. Richmond, Virginia’s Daily Journal and Ohio’s Sandusky Register both ran partial photograph of flyers found in their respective regions, and those images did not include any recruitment contact info. In October 2016, however, the Huffington Post used a photograph of a KKK flyer found in British Columbia that included the contact info.

In each of those cases, it should be noted, the flyer was reproduced as an obvious photograph of a paper document. The front page image used by the Westmoreland Times, however, could be confused for a paid advertisement.

Because that was not the case here, however, we rank the claim that the newspaper “ran an ad” for the KKK as a mixture.