Did Joe Biden Use the N-Word in a Recorded Speech?

Social media posts claimed he used the racial slur in a speech about international security. 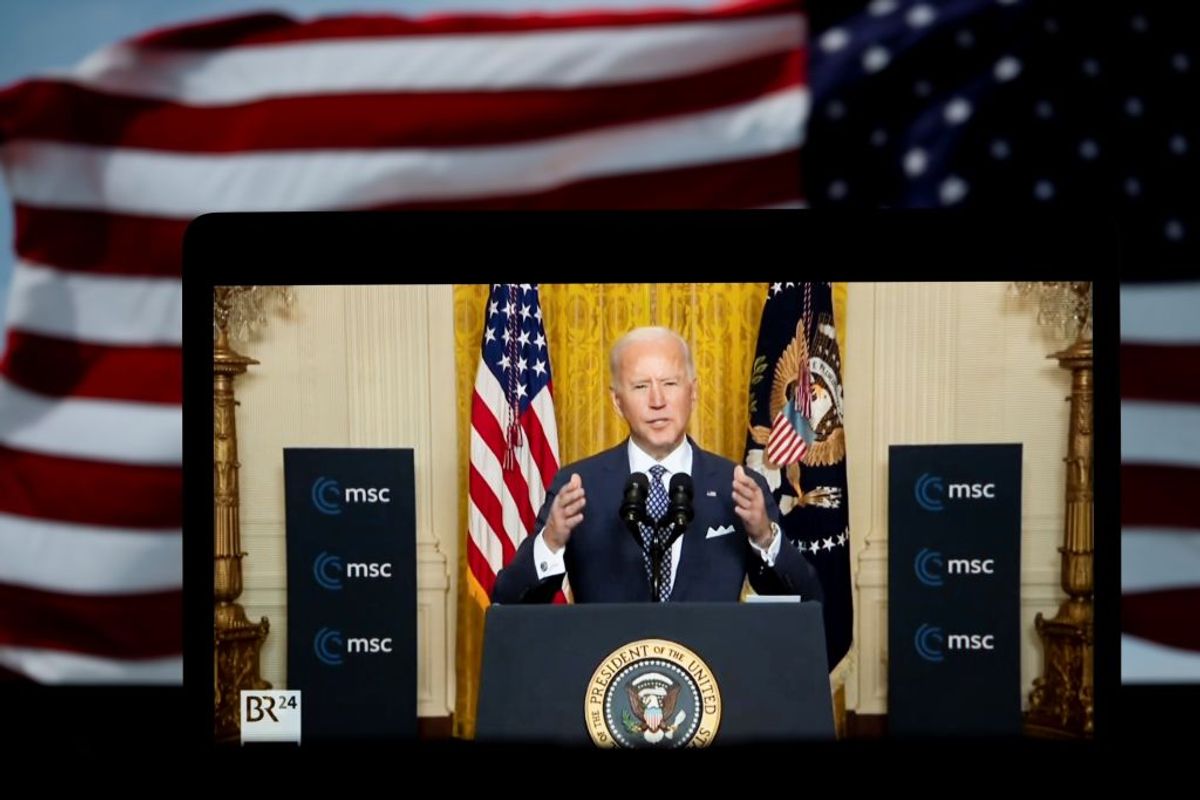 As part of the Munich Security Conference, an annual event that convenes hundreds of policy makers from across the world, Biden spoke on camera for roughly 20 minutes on Feb. 19, describing his administration's desire to be on good terms with the European Union.

Approximately three-quarters of the way into his remarks, social media users alleged he uttered the racial slur referring to Black people. Some people accused the president of saying the N-word accidentally, while others raised the possibility that he intentionally made the alleged racist comment.

One conservative commentator pointed to closed captioning on recordings of the speech on YouTube as alleged evidence of the president indeed saying the word, despite the fact the video platform's captioning system runs on computer-generated, speech-recognition software that is known for error and not necessarily a true indication of what someone said. To investigate the legitimacy of the underlying allegation — whether the president at any point during the virtual Munich Security Conference event used the N-word for whatever reason — we obtained an official White House transcript, as well as a video recording via C-SPAN, of Biden's speech.

Considering that the social media posts made use of brief video clips of his alleged comments around the 16-minute mark in the C-Span footage, we focused on that portion of his remarks, specifically. At that point, he said, according to the transcript and video footage:

While saying "I'm eager to hear," Biden stuttered, repeating the phrase three times. On the third time, the consonant "mmmm" in the word "I'm" blended with the next word, "eager," to make a "mnnm-eager" sound. That was the source of the social media posts' allegations, despite the fact that the hypothetical insertion of the N-word there would be abrupt and confusing, contextually speaking, no matter what the speaker's reason for saying it.

A more plausible reason for the president's phrasing in that moment was his speech disorder.

On several occasions, Biden has openly discussed his struggle with stuttering over the course of his life. It is a speech impediment and neurological disorder that may result in “repetitions (D-d-d-dog), prolongations (Mmmmmmilk), or blocks (an absence of sound),” according to the non-profit National Stuttering Association. The instance Munich Security Conference appeared to be a combination of repeating and prolonging phonetic sounds.

In other words, the claim is false — Biden did not use the N-word in that moment, nor at any other time during the virtual speech.

The February 2021 posts were not the first to twist Biden's words to accuse him of using the racial slur. During a 1985 Senate Judiciary Committee hearing — when the president was a senator representing Delaware — Biden read out loud portions of a memo by Louisiana legislators that included the N-word, and supporters of former President Donald Trump attempted to frame that moment of Biden reciting other people's words as an example of his alleged racism. See our fact check into the claim here.