Does Joe Biden Have a Speech Impediment?

"God’s gift to me was my stuttering,” Biden once said. 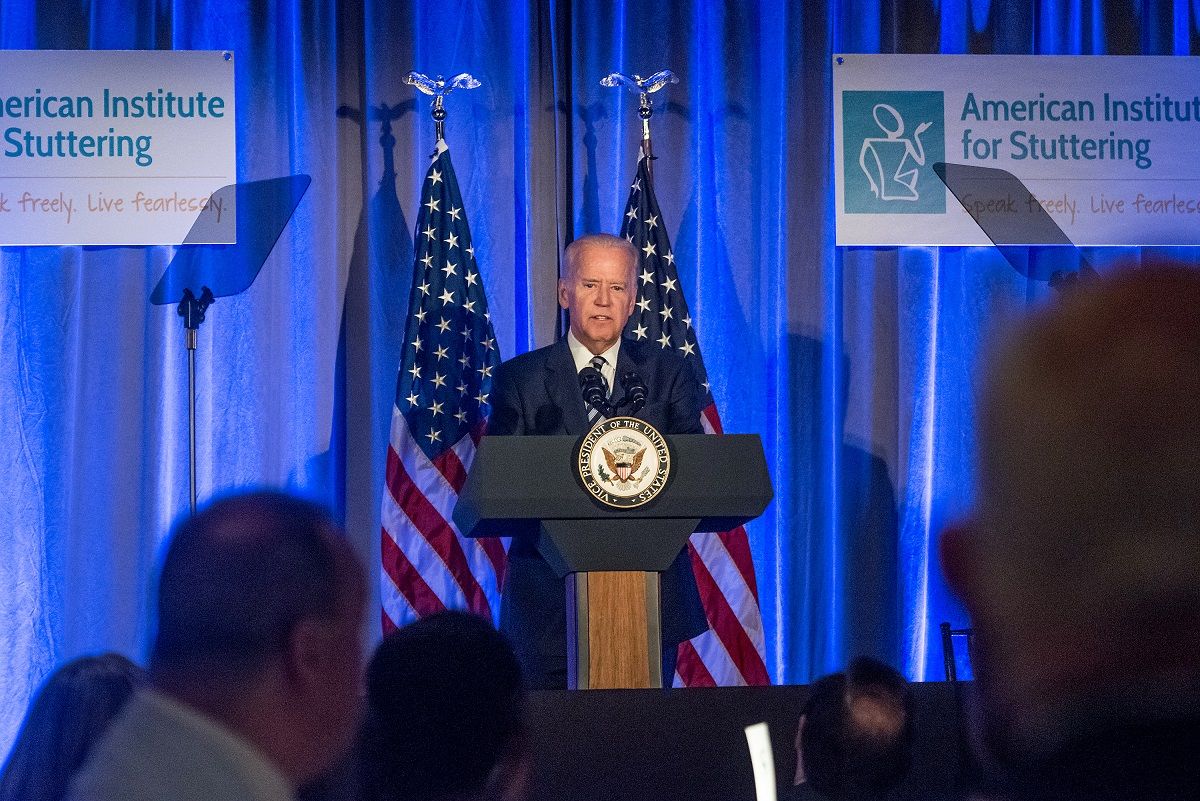 U.S President Joe Biden has struggled with stuttering, to various degrees, for his entire life. Stuttering is a speech impediment and neurological disorder that may involve "repetitions (D-d-d-dog), prolongations (Mmmmmmilk), or blocks (an absence of sound)," according to the non-profit National Stuttering Association.

This impediment is a condition with a genetic component to it, and Biden's uncle stuttered his whole life, according to a January 2020 feature in The Atlantic. As a child, according to that article, Joe Biden largely taught himself how to deal with his stutter:

After trying and failing at speech therapy in kinder­garten, Biden waged a personal war on his stutter in his bedroom as a young teen. He’d hold a flashlight to his face in front of his bedroom mirror and recite Yeats and Emerson with attention to rhythm, searching for that elusive control. He still knows the lines by heart: “Meek young men grow up in libraries, believing it their duty to accept the views, which Cicero, which Locke, which Bacon, have given, forgetful that Cicero, Locke, and Bacon were only young men in libraries, when they wrote these books.”

At a New Hampshire campaign stop a few days earlier, Biden showed Brayden Harrington, a 12-year-old boy with a stutter, a printout of a speech he had just given which marked places "where Biden could take breaks between words." The gesture helped to normalize the condition, the boy's father told CNN. Harrington later delivered a speech to the Democratic National Convention.

Because Biden has openly discussed his stutter several times, the claim that Biden has a speech impediment is "True."