Are Jimmy and Rosalynn Carter the Longest-Married Couple in Presidential History?

The couple celebrated their 75th wedding anniversary in 2021. 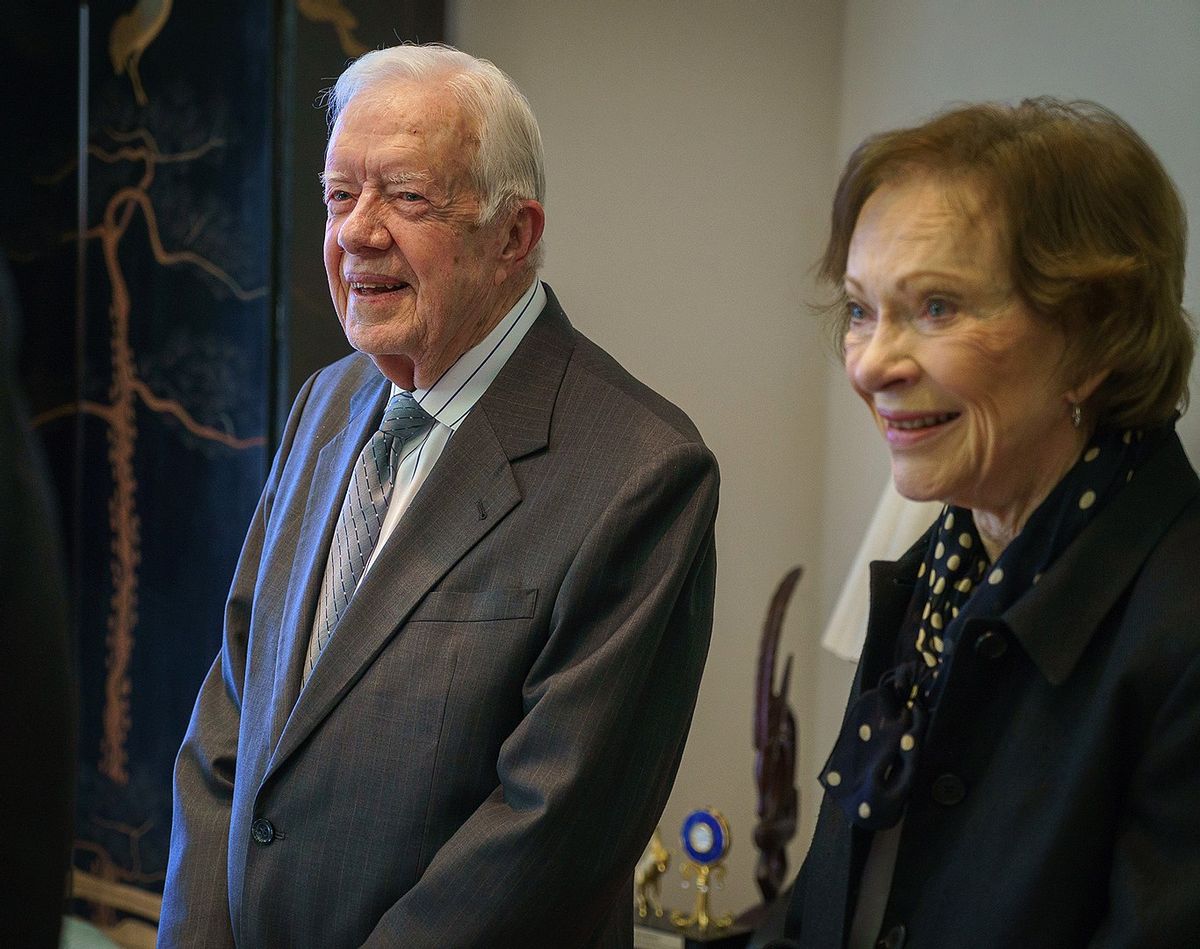 President Jimmy Carter accepts the LBJ Liberty & Justice For All Award at The Carter Center in Atlanta, GA. Photo by Michael A. Schwarz/LBJ Library - January 13, 2016.

Claim:
Former U.S. President Jimmy Carter and his wife Rosalynn Carter are the longest-married couple among all the presidents in U.S. history.
Rating:

On July 7, 2021, former U.S. President Jimmy Carter and his wife Rosalynn Carter will set a record. They will be the longest-married couple in presidential history, with 75 years under their belt.

Their record beat even that of George H.W. Bush and Barbara Bush, who were married for 73 years. At 96 years old, Jimmy Carter is also the longest-living president in American history.

A Facebook post detailed their love story, and many of our readers asked us to verify the information presented, particularly regarding their first meeting:

The Carters met in Plains, Georgia, though neither of them could have any real memory of their meeting. According to one report, Jimmy Carter’s mother, who was a nurse, helped deliver Rosalynn.

A Washington Post profile of them described how Rosalynn’s family lived next door to Jimmy’s. His mother, Lillian, was a nurse who helped take care of the newborn Rosalynn, and introduced them when she was but a day old. The New York Times reported that they met the day Rosalynn was born.

“He looked through the cradle bars and saw me,” Rosalynn said of their first encounter.

Their first date took place in the summer of 1945, when Jimmy was home before his final year at the U.S. Naval Academy. He joined his younger sister and her boyfriend on a drive through town, when they spotted Rosalynn in front of a church. He then asked her out on a date, and she eagerly hopped into the car — she had been harboring a crush on him since she was a teenager. They saw a movie, though neither could remember which one.

“The moon was full in the sky, conversation came easy, and I was in love … and on the way home, he kissed me!” Rosalynn wrote in her memoir.

And Jimmy had a realization that same evening that Rosalynn was the woman he would marry. He recounted a conversation with his mother the next day, though he did not share that Rosalynn may have been the baby his mother helped deliver:

Their marriage experienced ups and downs, with Jimmy Carter taking on a more dominant role in the relationship at first, until it grew into a partnership of equals. The Washington Post described how the shift occurred:

When he decided to run for state Senate in 1962, on his 38th birthday, he neglected to tell his wife.

“I just came in one morning and started changing my clothes, from blue jeans to a suit,” he recalled. “Rosie came into the bedroom and said, ‘Jimmy, who died? Are you going to a funeral?’ ”

Four years later, during his first bid for Georgia governor, things came full circle. He was on the phone at home when Rosalynn walked by, and he called out and told her to pack his suitcase for the coming week of campaigning.

“Do it yourself,” she snapped.

The shock of it angered and confused him, but it jolted him into rethinking his attitude. And after that, he told us, there was no part of “our business, personal or political lives that we haven’t shared on a relatively equal basis.”

They also shared their secrets to a long marriage. “But we never go to sleep angry,” Jimmy said. “We found out a long time ago that we needed to share everything. I gave her plenty of space. She does what she wants to, and I do what I want to. But then we searched for things that we could [do] together.”