Did China Grant a Trademark to Ivanka Trump for Voting Machines?

The first daughter said in 2018 that she would be closing down her business to focus on her work in Washington. 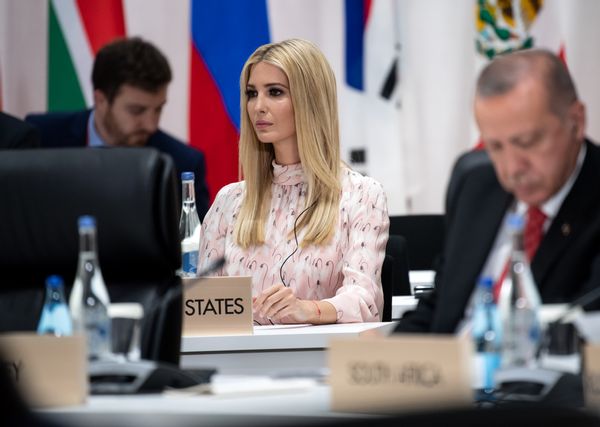 Ivanka Trump, who serves as an adviser to her father President Donald Trump, shuttered her business in 2018.

In early October 2019, reports began circulating that President Trump's eldest daughter Ivanka had secured trademarks for voting machines, among other products, in China. (Update: A similar rumor holding that Ivanka Trump owns a Chinese trademark for coffins emerged during the COVID-19 pandemic in 2020.)

There seemed to be little doubt about the veracity of the claim, as substantiated by news reports initially published in November 2018. But social media users began sharing the claim a year later in conjunction with the commencement of an impeachment inquiry into President Trump spearheaded by Democratic lawmakers.

A whistleblower complaint made public in September 2019 accused President Trump of attempting to coerce Ukraine into collecting damaging information about former vice president Joe Biden, Trump's potential rival in the 2020 presidential elecion. In defending himself, Trump and his supporters adopted two narratives.

In one narrative, Trump and his defenders lobbed unfounded allegations that it was Biden, not Trump, who was guilty of coercing Ukraine by strong-arming that country into firing a prosecutor for investigating a company on which Biden's son held a paid board position. In the other narrative, Trump and his defenders declared that Trump was simply attempting to root out corruption when he leaned on Ukraine to investigate the Bidens:

In the midst of that scandal, Trump upped the ante by stating on live national television that "China should start an investigation into the Bidens, because what happened in China is just about as bad as what happened with Ukraine."

Trump's critics have latched on to the second defense and his statements about China, pointing to the fact that Trump and his immediate family members currently serving in the White House also have well-documented overseas business interests, including the securing of multiple trademarks for products in China:

In November 2018, the government transparency advocacy group Citizens for Responsibility and Ethics in Washington (CREW) published a statement linking to source documents revealing that "Presidential adviser Ivanka Trump’s fashion brand had just won first trial approval for 16 new trademarks (which had been applied for back in 2016) from the Chinese government. These approvals come about three months after Ivanka announced that her brand was shutting down, and mark the largest number of new Chinese trademarks she has received in a single month since President Donald Trump took office."

Although Ivanka Trump declared in July 2018 that she would be shuttering her namesake clothing brand, CREW stated that the trademarking of Ivanka Trump-branded items in China continues to be ethically problematic:

Ivanka receives preliminary approval for these new Chinese trademarks while her father continues to wage a trade war with China. Since she has retained her foreign trademarks, the public will continue to have to ask whether President Trump has made foreign policy decisions in the interest of his and his family’s businesses.

Although Ivanka Trump's now reportedly shut-down brand may hold a variety of trademarks in China, it's unlikely she'll be involved in manufacturing sausage casings, coffins, or voting machines in the foreseeable future.