Does Ivanka Trump Hold a Trademark on Coffins in China?

In 2018, the United States' first daughter was awarded a variety of trademarks. 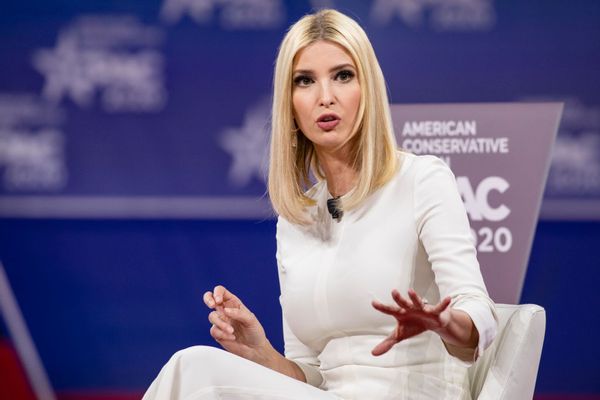 Claim:
First daughter Ivanka Trump was granted a trademark on coffins in China and stands to profit from the COVID-19 pandemic.
Rating:

Ivanka Trump's company holds a variety of trademarks in China, including one for coffins.

However, this trademark was granted in 2018, well before the COVID-19 pandemic occurred. Moreover, Ivanka Trump shuttered her business in July 2018 to focus on work for the White House and there is no evidence she is involved in manufacturing or selling coffins in China or elsewhere.

In April 2020, as the global death toll from the COVID-19 coronavirus pandemic surpassed 100,000, social media users started to post messages about how Ivanka Trump, U.S. President Donald Trump's daughter and newly appointed member of the White House's council to reopen America, had a trademark in China on coffins:

While some shared this claim as if it were a "fun fact," others made a more direct connection between her company's trademark on coffins in China to the rising death toll from the COVID-19 pandemic:

According to multiple news reports, the first daughter's company, Ivanka Trump Marks LLC, was truly awarded a trademark on coffins in China. However, this occurred in 2018, long before COVID-19 started to spread around the globe.

The Associated Press reported in May 2018 that her company had been awarded 13 trademarks in China over three months. These trademarks covered a variety of products, including baby blankets, coffee, perfume, and coffins:

Ivanka Trump’s brand continues to win foreign trademarks in China and the Philippines, adding to questions about conflicts of interest at the White House, The Associated Press has found.

On Sunday, China granted the first daughter’s company final approval for its 13th trademark in the last three months, trademark office records show. Over the same period, the Chinese government has granted Ivanka Trump’s company provisional approval for another eight trademarks, which can be finalized if no objections are raised during a three-month comment period.

Taken together, the trademarks could allow her brand to market a lifetime’s worth of products in China, from baby blankets to coffins, and a host of things in between, including perfume, makeup, bowls, mirrors, furniture, books, coffee, chocolate and honey. Ivanka Trump stepped back from management of her brand and placed its assets in a family-run trust, but she continues to profit from the business.

When users in April 2020 re-shared news stories about her trademarks amidst the global pandemic, many insinuated she would be capitalizing off of people's deaths, and that people in China would be required to purchase a Trump coffin. But that's not the case.

This confusion appears to be based on the conflation of the terms "trademark" and "patent." With a trademark, Ivanka Trump has the opportunity to sell products (in this case a coffin) bearing her company's name. A trademark does not give Trump's company any sort of exclusive deal to sell coffins in China. Other companies can still manufacturer and sell coffins just as always.

Australia's ABC News noted that companies sometimes file for a trademark as part of a "defensive" strategy to prevent competitors from squatting on a brand's name:

Companies register for trademarks for a variety of reasons. They can be a sign of corporate ambition, but in many countries, like China, where trademark squatting is rampant, companies also file defensively, to block copycats from grabbing legal rights to a brand's name.

This appears to be the strategy of Ivanka Trump's company. Abigail Klem, the president of the Ivanka Trump brand, said in a May 2018 statement that these trademarks were obtained during the "normal course of business." Klem also noted that trademark infringement was rampant, and that the company was trying to protect its brand:

“The brand has filed, updated, and rigorously protected its international trademarks over the past several years in the normal course of business, especially in regions where trademark infringement is rampant. ... We have recently seen a surge in trademark filings by unrelated third parties trying to capitalize on the name and it is our responsibility to diligently protect our trademark.”

It should also be noted that, as Snopes reported in 2019, Ivanka Trump was not running the company at the time that these trademarks were obtained. Ivanka stepped down from day-to-day operations in 2017 and announced that the company was closing down the following year:

Ivanka Trump said in a statement announcing the closure:

"After 17 months in Washington, I do not know when or if I will ever return to the business, but I do know that my focus for the foreseeable future will be the work I am doing here in Washington. So making this decision now is the only fair outcome for my team and partners."

While Ivanka Trump may have not had a hand in obtaining these trademarks, the government transparency advocacy group Citizens for Responsibility and Ethics in Washington (CREW) cautioned that these trademarks could still represent a conflict of interest in the future.

Ivanka announced the immediate closure of her brand in July 2018, citing her official government responsibilities in Washington, DC. However, her trademarks remain a potential conflict of interest as she continues to work on policy in the White House and meet with foreign leaders.

To sum up: Ivanka Trump's company obtained several trademarks in China in 2018 that covered a wide range of products, including baby blankets, perfume, and coffins. This trademark gives the company the opportunity to sell Trump-branded coffins and prevents other companies from using the Trump brand to sell their own coffins.

As of this writing, we've seen no reporting that Ivanka Trump's company (which she no longer operates) plans to manufacture or sell coffins in China.