Who wouldn't love marshmallows and vegetables together? 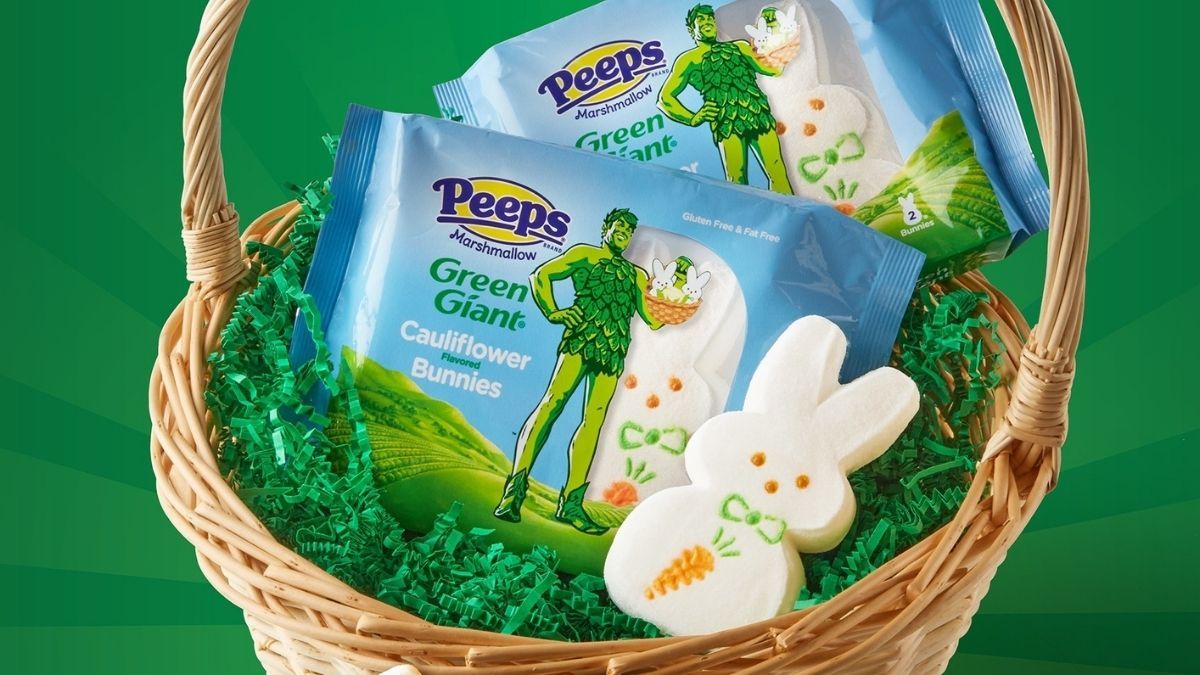 Claim:
Green Giant partnered with Peeps to make Cauliflower Flavored Marshmallow Bunnies.
April Fools' Day 2022 is upon us, and Snopes is here to separate the truth from the hoaxes. Send us questions, read our fact checks, and be sure to support the fact-checkers!

On the heels of the Pepsi company's very real announcement that it had partnered with Peeps to make a limited time Pepsi X Peeps beverage, Green Giant announced that it had a similar product in the works: Cauliflower Flavored Marshmallow Bunnies.

On March 29, the frozen food company announced that it was teaming up with Peeps to create a marshmallow vegetable treat:

These Green Giant Peeps are not real. This is just another April Fools' Day joke.

Peeps and Green Giant published a joint press release announcing this joke product. While the press release included a few mockups of this product, it ended with a sentence confirming that this was just a prank:

"Of course, only the most observant will notice that April 1 is also April Fools' Day. While this is just a prank, both brands do firmly believe vegetables and PEEPS® belong in every bunny's Easter basket (just maybe not in the same package)."