Omar is the frequent target of hoaxes and smears. 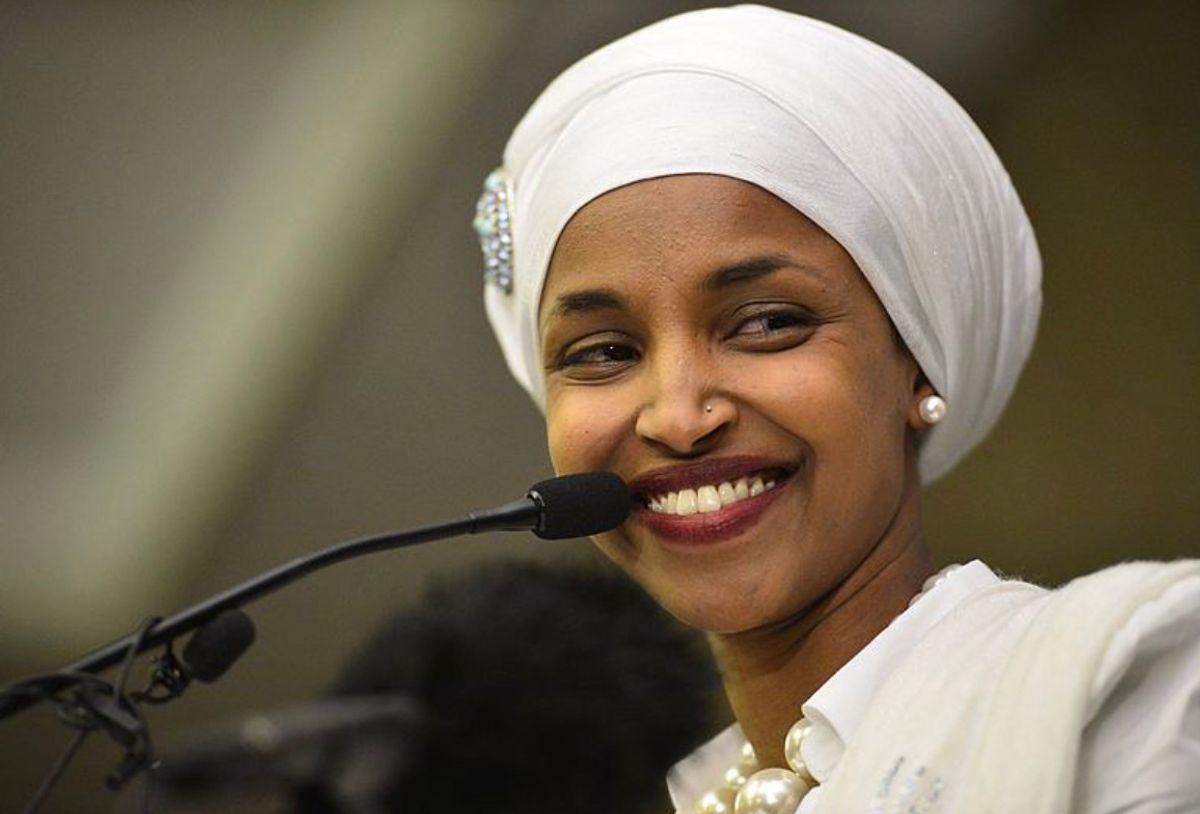 Claim:
U.S. Rep. Ilhan Omar was wearing an "Odal rune" during an appearance on CNN.
Rating: The so-called "Odal rune" was the focus of controversy in late February and early March 2021 when some on social media said the stage at the Conservative Political Action Conference, a gathering of Republican Party figures, was shaped like the symbol. An organizer of the event pushed back on that claim.

The simple answer to the question posed above is that Omar wasn't wearing an Odal rune. Omar responded to the tweet stating that the piece in question was Tuareg jewelry that she got while traveling in Niger. We will explain more about what an Odal rune is below.

An Odal rune is sometimes referred to as an Othala rune. The Anti-Defamation League, a prominent organization that researches and tracks extremism and hate, notes that the symbol originated as a pre-Roman alphabetical figure that acquired a new meaning after it was adopted by the Nazis:

The othala rune is part of the runic alphabet system, a system of writing used (with many variations) across pre-Roman Europe. In the 20th century, Nazis in Germany adopted the othal rune, among many other similar symbols, as part of their attempt to reconstruct a mythic "Aryan" past. Nazi uses of the symbol included the divisional insignia of two Waffen SS divisions during World War II. Following World War II, white supremacists in Europe, North America, and elsewhere began using the othala rune. Today, it is commonly seen in tattoo form, on flags or banners, as part of group logos, and elsewhere.

An Odal rune looks like a diamond shape with two lines extending past the bottom point. An image of one burning can be seen in this 2018 tweet from journalist Jack Smith:

Omar's necklace can be clearly seen during her appearance on CNN on April 4 (screenshot below). It doesn't resemble an Odal rune: Omar's election to Congress in 2018 shattered a number of barriers. She is one of the first two Muslim women to serve in Congress, and the first naturalized U.S. citizen who is an immigrant from an African country to serve. As an immigrant, Muslim, and woman of color, she is, as we have previously reported, a frequent target of disinformation and smears, often transparently motivated by Islamophobia and racism.

Posobiec is currently listed as a correspondent for the pro-Trump conspiracy outlet OANN. In the lead-up to the November 2016 election, he was a promoter of the Pizzagate conspiracy theory, which posited that prominent Democrats including Donald Trump's then-political rival Hillary Clinton were running a child sex trafficking ring out of the basement of a Washington, D.C., pizza restaurant that had no basement. Pizzagate was a precursor to the Qanon conspiracy cult.