Did Warren Buffett Suggest This Plan That Could Fix the Budget Deficit?

Warren Buffett quipped about passing a law that says anytime there is a deficit of more than 3% of GDP, all sitting members of Congress are ineligible for re-election. 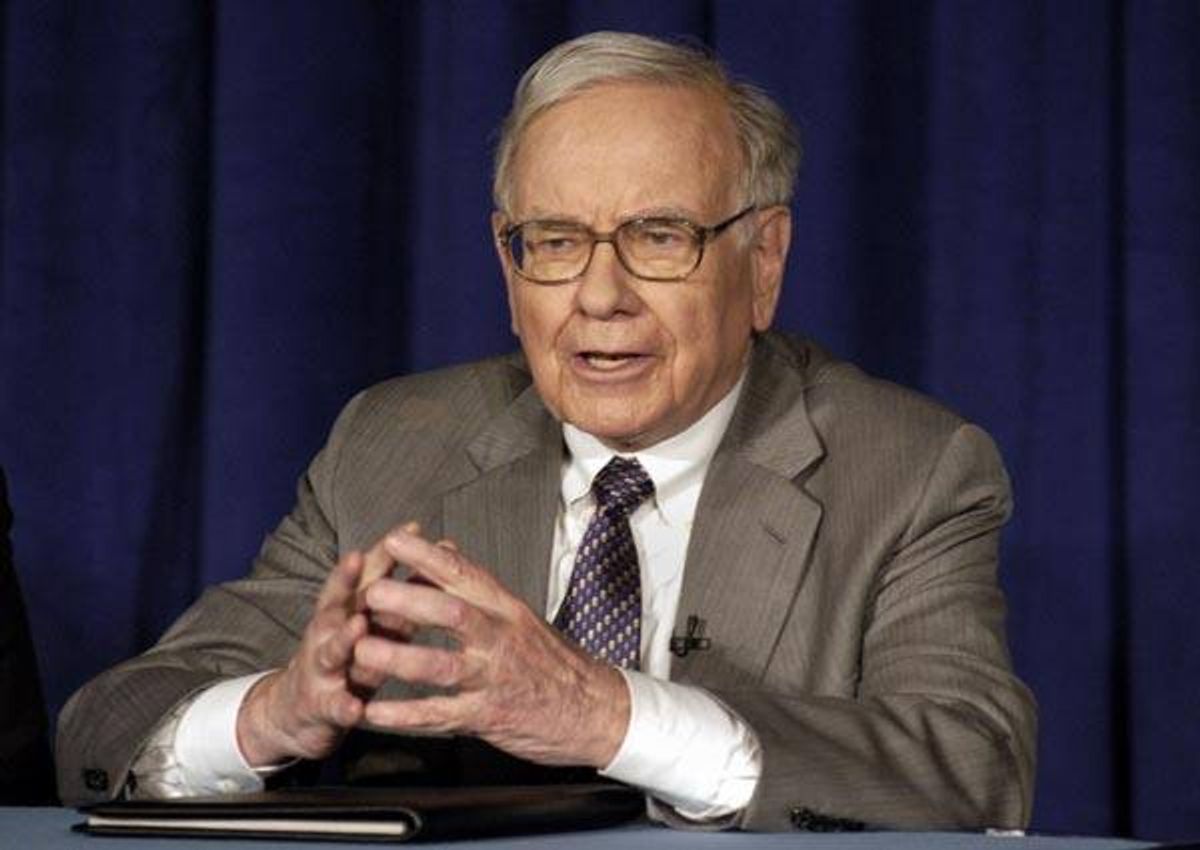 Claim:
Warren Buffett quipped that he could end the deficit by passing "a law that says anytime there is a deficit of more than 3% of GDP, all sitting members of Congress are ineligible for re-election.
Rating:

In July 2011, discussion about raising the debt ceiling heated up as the August 2nd deadline for resolving the issue and avoiding a shutdown of the federal government loomed. (Had the matter not been resolved, as of that date the U.S. would have been unable to fund its various programs and other expenditures.)

Opinions about what should be done were sought from various quarters as news organizations struggled to keep up with the battle waging in Congress and behind closed doors. Business magnate Warren Buffett waded in with his opinion on the matter in an early-morning 7 July 2011 CNBC interview conducted by Becky Quick. It was during that exchange that the Oracle of Omaha made his now famous statement about rendering ineligible for re-election all sitting members of Congress whenever the deficit exceeded 3% of gross domestic product.

So yes, it's true that one of the most respected businessmen of modern times did indeed voice the quote now widely ascribed to him in various e-mailed forwards, although his remark was more in the nature of a wry commentary on the workings of Congress than a serious proposal for tackling the budget deficit.

This is quote is often attached to a lengthier e-mail in circulation has nothing to do with Warren Buffett. What is presented as the "Congressional Reform Act of 2011" began circulating on the Internet in October 2009 as the "Congressional Reform Act of 2009." In a nutshell, what is presented as a proposed 28th amendment to the U.S. Constitution isn't something that has been put forward by any member of Congress and thus is nothing more than a bit of Internet-based politicking. For the non-nutshell version, our article about the supposed 28th amendment deals with the item in depth.

Warren Buffett is most certainly not asking folks to forward the e-mail to others — that claim was added to the piece by an unknown party.