Does a proposed constitutional amendment seek to require that laws apply equally to U.S. citizens and members of Congress? 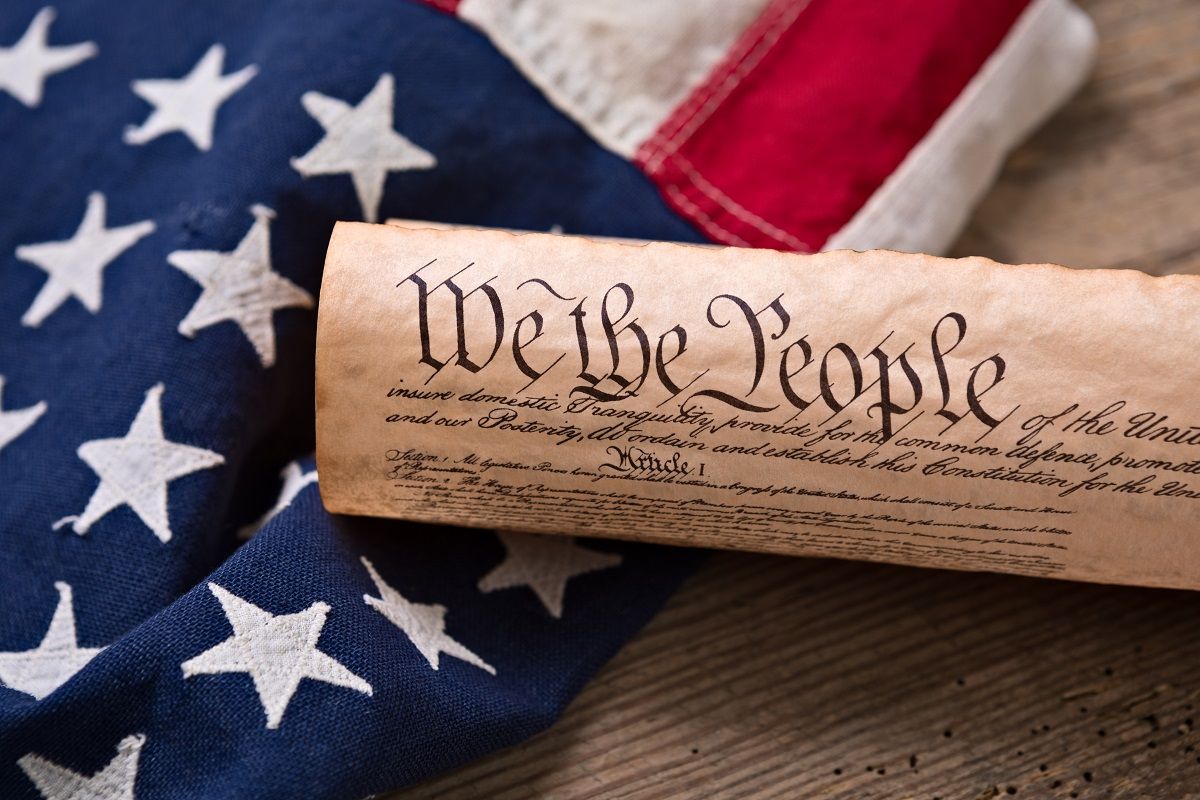 A "proposed 28th Amendment" to the U.S. Constitution (since circulated in modified form as the "Congressional Reform Act of 2018") is several years old, has nothing to do with American business magnate Warren Buffett, and has not been proposed or submitted by any member of the U.S. Congress or by President Trump:

Warren Buffett is asking everyone to forward this email to a minimum of 20 people, and to ask each of those to do likewise. In three days, most people in the United States will have the message. This is an idea that should be passed around.

For too long we have been too complacent about the workings of Congress. Many citizens had no idea that Congressmembers could retire with the same pay after only one term, that they didn't pay into Social Security, that they specifically exempted themselves from many of the laws they have passed (such as being exempt from any fear of prosecution for sexual harassment) while ordinary citizens must live under those laws. The latest is to exempt themselves from the Healthcare Reform that is being considered — in all of its forms.

Somehow, that doesn't seem logical. We do not have an elite that is above the law. I truly don't care if they are Democrat, Republican, Independent or whatever. The self-serving must stop. This is a good way to do that. It is an idea whose time has come.

Each person contact a minimum of Twenty people on their Address list, in turn ask each of those to do likewise.

Then in three days, all people in The United States of America will have the Message. This is one proposal that really should be passed around.

This is a great idea. Only need 3/4 of the State Legislatures to pass this to become law... AND IT IS VETO PROOF including no appeal to the Supreme Court.

Let's get this passed around - Congress has brought this upon themselves!!!

1. TERM LIMITS
12 years only, one of the possible options below.

2. NO TENURE/NO PENSION
A Congressman collects a salary while in office and receives no pay when they are out of office.

4. CONGRESS CAN PURCHASE THEIR OWN RETIREMENT PLAN
Just like each and every other American.

5. CONGRESS WILL NO LONGER VOTE THEMSELVES a PAY RAISE
Congressional pay will rise by the lower of CPI or 2.5%.

6. CONGRESS LOSES THEIR CURRENT HEALTH CARE SYSTEM
Congress will participate in the same health care system as the American people.

7. CONGRESS MUST EQUALLY ABIDE by ALL LAWS
No special exemptions or treatment.

8. ALL CONTRACTS WITH PAST AND PRESENT CONGRESSMEN ARE VOID
Effective 3/1/17.

Think of the money this will save and the problems that it will much more quickly solve! Health care, medicare, social security, IRA and pension plan reform and on and on.

The American people did not make this contract with Congressmen. Congressmen made all these contracts for themselves.

Serving in Congress is an honor, not a career. The Founding Fathers envisioned citizen legislators, so ours should serve their term(s), then go home and back to work.

Although this item could be said to have no real "true" or "false" quality to it (since what it references is just a hypothetical proposal and not a real piece of legislation), all of the supporting arguments accompanying it are false, and the answers to common questions asked about it are all nearly all negative:

Q: Does this text represent the actual 28th Amendment to the U.S. Constitution?

A: No. The U.S. Constitution has only 27 amendments, the last of which (a limit on Congressional pay increases) was ratified in 1992.

Q: Does this text represent a proposed 28th Amendment?

A: This item is a "proposed 28th amendment" only in the very loose sense that any change to the U.S. Constitution suggested since the ratification of the 27th Amendment is a "proposed 28th Amendment." However, when this piece hit the Internet back in 2009 it was just a bit of online politicking, not something that had been introduced or proposed as a potential amendment by any member of Congress.

In August 2013, nearly four years after this item began making the rounds on the Internet, two Congressmen (Ron DeSantis of Florida and Matt Salmon of Arizona) did introduce a joint resolution (H.J.RES.55) similar to one of its elements, proposing an amendment to the Constitution stating that "Congress shall make no law respecting the citizens of the United States that does not also apply to the Senators and Representatives." That bill died in committee, and it is exceedingly unlikely that any such broadly worded amendment could ever pass muster in Congress without the underlying idea being subject to a good many qualifications.

Q: Could this amendment be passed without Congress' voting on it?

The other method for amending the Constitution (the one employed with every amendment so far proposed or enacted) requires that the proposed amendment be approved by both houses of Congress (i.e., the Senate and the House of Representatives) by a two-thirds majority in each, and then ratified by three-fourths of the states. It's probably safe to speculate that the odds that a supermajority of both houses of Congress would pass an amendment which placed such restrictions upon them are very low indeed.

Q: Can members of Congress retire with full pay after serving only a single term?

A: No. This is a long-standing erroneous rumor which we have covered in detail in a separate article.

Q: Are members of Congress exempt from paying into Social Security?

A: No. As noted in our article about Congressional pensions, although Congress initially participated in the Civil Service Retirement System (CSRS) rather than Social Security, since 1984 all members of Congress have been required to pay into the Social Security fund.

Q: Are members of Congress exempt from prosecution for sexual harassment?

A: No. The passage of Public Law 104-1 (the Congressional Accountability Act of 1995, also known as CAA) made a variety of laws related to civil rights and workplace regulations applicable to the legislative branch of the federal government. Section 1311(a) of the CAA specifically prohibits sexual harassment (as well as harassment on the basis of race, color, religion, or national origin).

A: No. One of the provisions of the Patient Protection and Affordable Care Act passed by Congress is a requirement that lawmakers give up the insurance coverage previously provided to them through the Federal Employees Health Benefits Program and instead purchase health insurance through the online exchanges that the law created:

(D) MEMBERS OF CONGRESS IN THE EXCHANGE.

(I) created under this Act (or an amendment made by this Act); or

(II) offered through an Exchange established under this Act (or an amendment made by this Act).

An August 2013 ruling by the federal Office of Personnel Management (OPM) was widely and inaccurately reported as exempting members of Congress from the requirement that they give up their Federal Employees Health Benefits Program coverage and instead purchase health insurance through online exchanges. That reporting was incorrect: Lawmakers are still required to purchase health insurance through government-created exchanges; what the OPM's ruling actually declared was that members of Congress and their staffs did not have to give up the federal subsidies covering part of the costs of their insurance premiums which they had previously been receiving (and which are afforded to millions of other federal workers).

An October 2011 variant of this item is prefaced by a statement made by Warren Buffett: "'I could end the deficit in 5 minutes. You just pass a law that says that anytime there is a deficit of more than 3% of GDP, all sitting members of Congress are ineligible for re-election.'" This quote came from a 7 July 2011 CNBC interview in which the Oracle of Omaha addressed the then-current issue of raising the debt limit. The rest of the message however, has nothing to do with Warren Buffett.

Some versions of this item include a statement asserting that the children and staffers of U.S. Congressmen are exempt from paying back student loan obligations. That statement is false.

Later versions of this item have been prefaced with the statement that "Governors of 35 states have filed suit against the Federal Government for imposing unlawful burdens upon them. It only takes 38 (of the 50) States to convene a Constitutional Convention." Actually, only 34 states are required to convene such a convention.

The most recent variant submitted to us by Snopes readers circulated in 2020 under the header "The TRUMP Rules: Congressional Reform Act of 2017."