Did Alfred Heineken Invent Bottle To Function as a Brick To Build Houses?

The 1960s invention was meant to help issues of housing in impoverished countries. 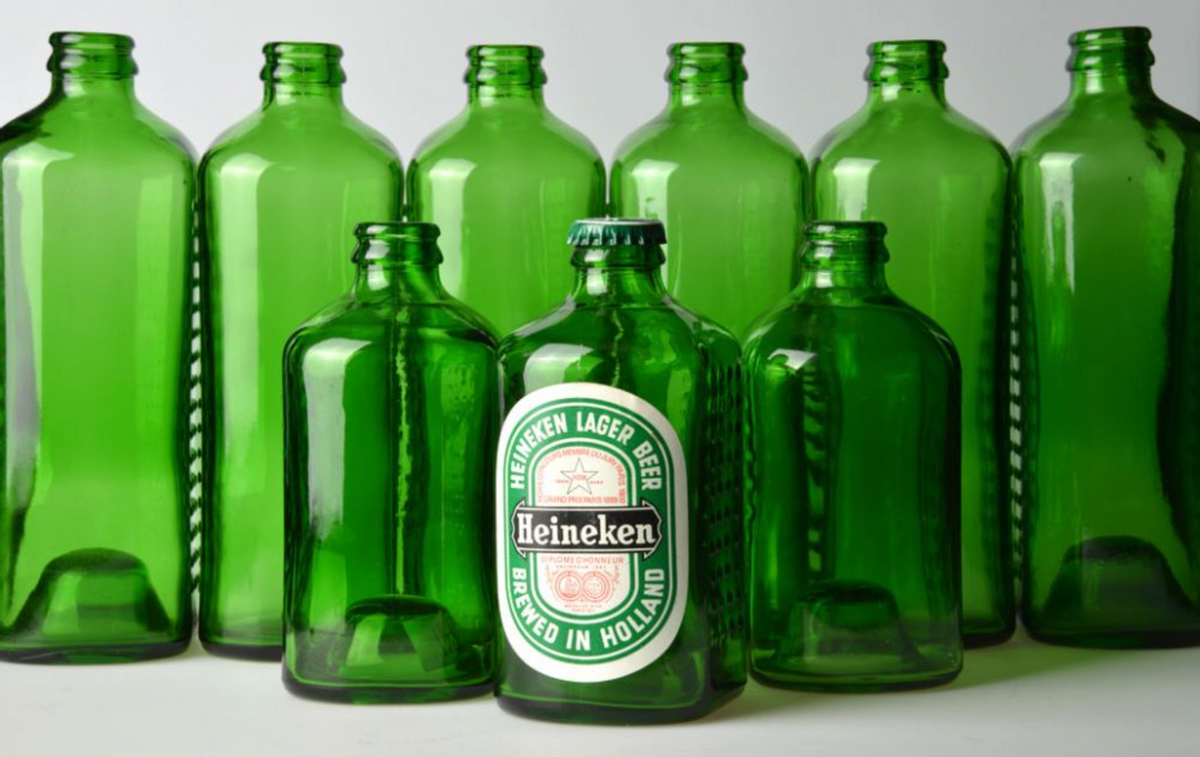 Claim:
In 1963, Dutch businessman Alfred “Freddy” Heineken created a bottle that could also function as a brick to build houses in impoverished countries.
Rating:

After a visit in the early 1960s to the Caribbean islands, then known as the Dutch Antilles, Dutch businessman Alfred Heineken was struck with inspiration from a seemingly odd source: garbage discarded about the island, some of which included empty beer bottles.

His idea: to turn glass beer bottles into bricks of sorts by forming the Heineken seaweed-green beer bottles into a rectangular shape that could be used to build housing. As incredible as it sounds, this claim is true and documented online by the official curators of the Heineken Collection Foundation. They wrote:

Heineken approached the architect John Habraken, director of the Foundation for Architects’ Research (SAR), with the idea of designing a re-usable bottle that could serve as a building block after use. It seemed that a project had been born. Habraken designed a bottle that could indeed be used for building purposes, but it was not in the least like the beer bottle that Heineken had envisaged.

Habraken’s second design was the WOBO bottle with which we are now familiar. A bottle with flat sides, provided with relief and a concave bottom. In 1964, Heineken had a total of 100,000 of these bottles (both 35 cl. and 50 cl.) made by the Vereenigde Glasfabrieken in Leerdam, and had this design patented world-wide.

Despite the promising design of the WOBO bottle, the idea never took off and was largely met with resistance from the Heineken marketing team, which was concerned that it would “damage the image and open the company to claims over wrong usage of the bottle.” But didn’t stop Alfred from constructing a structure of his own — a garden house found on his property: It appears Alfred may have just been slightly ahead of his time. In 1975, an author by the name of Martin Pawley penned “Garbage Housing,” a 120-page book that described the “world shortage of resources” and their overconsumption. To highlight ways in which societies might scale back their consumption, Pawley described the WOBO bottle as possible solution to encourage the concept of secondary use.

Taking the example of Heineken’s World Bottle, designed in a shape that makes it possible to use jettisoned bottles as building bricks, [Pawley] shows how a whole range of valuable materials which are at present simply wasted could be designed in a way to provide further use; and in doing so create what would in effect become an enormous world resource.

The book prompted a response from Habraken, who wrote to Alfred that “the WOBO initiative of ten years ago is now widely seen as the first industrial initiative to develop recyclable packaging.” Although Alfred supported the endeavor, it would ultimately fall through due to logistical issues.

Fast Company further detailed the design process and vision in its 2013 piece, “Heineken’s Lost Plan to Build Houses Out Of Beer Bottles.”