Articles about typos will undoubtedly contain at least one "embarrasing" typo. 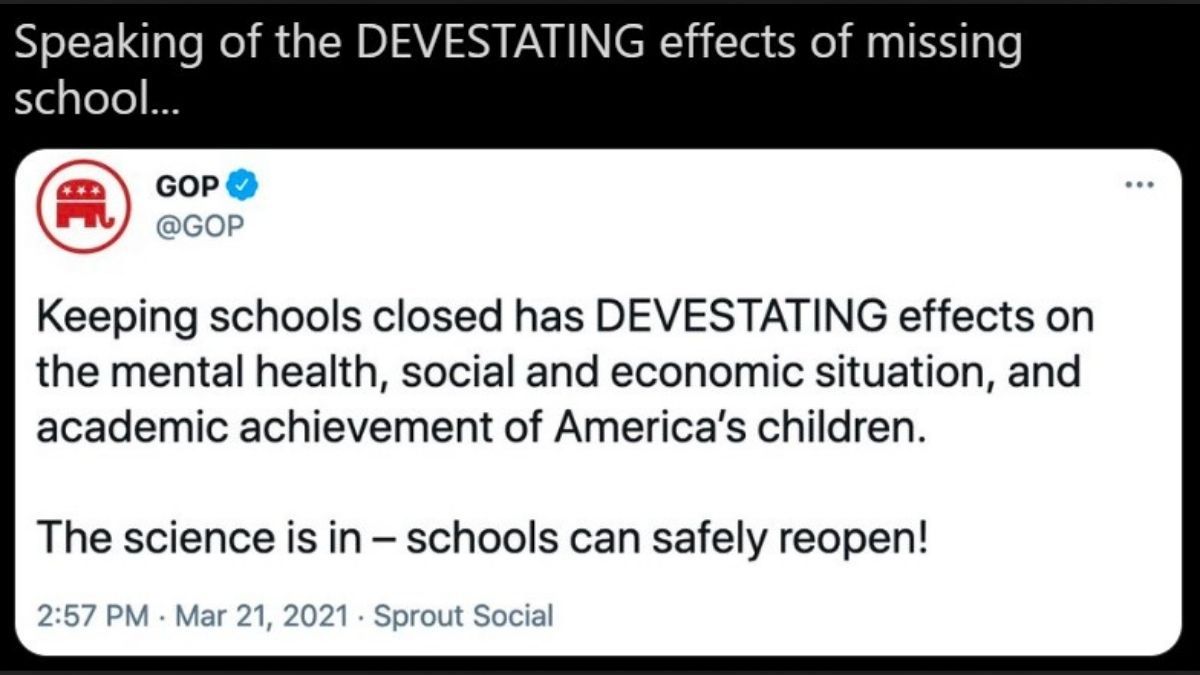 This is a genuine message from the GOP account about the importance of education.

Some readers may have been skeptical that it was real due to the ironic nature of this mistake in a post about education. Others may have been curious as this message was quickly deleted. An archived version of the post can be found here.

Typos are, of course, rather prevalent on social media. These common, mundane, and innocent mistakes only tend to gain attention when the typo proves to be ironic, embarrassing, or humorous in some manner.

For example, an ambidextrous pitcher was mistakenly labeled "amphibious" by an Oregon newspaper, a GOP senate candidate named Dominic Rapini had his website approved by the delicious sounding "Dominic Panini," and a newspaper headline informed readers that actress Julia Roberts' "holes," not "roles," were getting better with age.