Was There an Album Called 'Laid By the Lord' by a Band Called the Golden Egg?

The off-color song titles point to an internet joke. 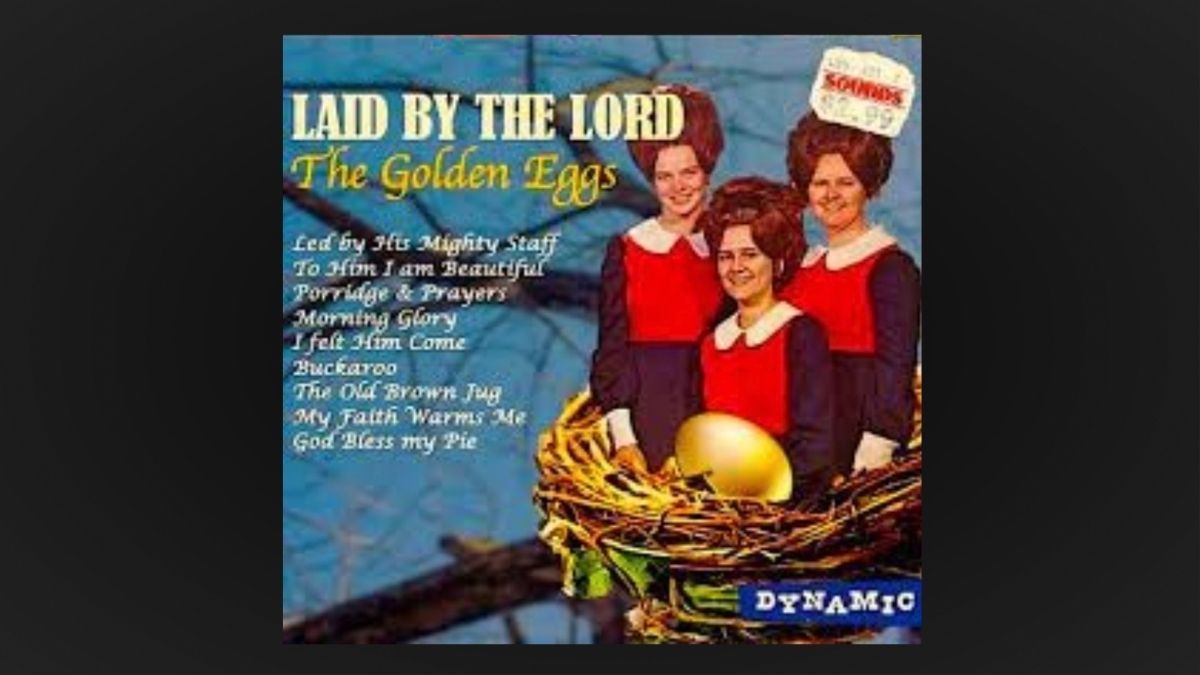 Claim:
A band called The Golden Eggs made an album entitled "Laid By the Lord."
Rating:

In late April 2021, Snopes readers asked whether an image of an allegedly vintage album cover with a funny name and off-color song titles was real. However, the album cover appears to be a humorous creation, and not real. The so-called album by a group called The Golden Eggs is entitled "Laid By the Lord" and contains song titles that are sexual innuendos.

Real album covers (or fake ones) are fertile ground for interpretation or humor. Some erroneously believed that the cover of the Beatles album "Help" depicted the group spelling out the word "help" in the flag signaling system known as semaphore. The hip hop group The Coup had coincidentally planned to release album cover in late 2001 depicting the World Trade Center in flames, but pulled the image after the September 11 terrorist attacks that year.

One band that had a real album cover that is the frequent butt of jokes is The Faith Tones album "Jesus Use Me." That one is real, and the title song can be found on YouTube.