Did a 2001 Album's Cover Art Depict a Flaming WTC?

The planned cover for a hip-hop album due to be released in November 2001 depicted an exploding World Trade Center. 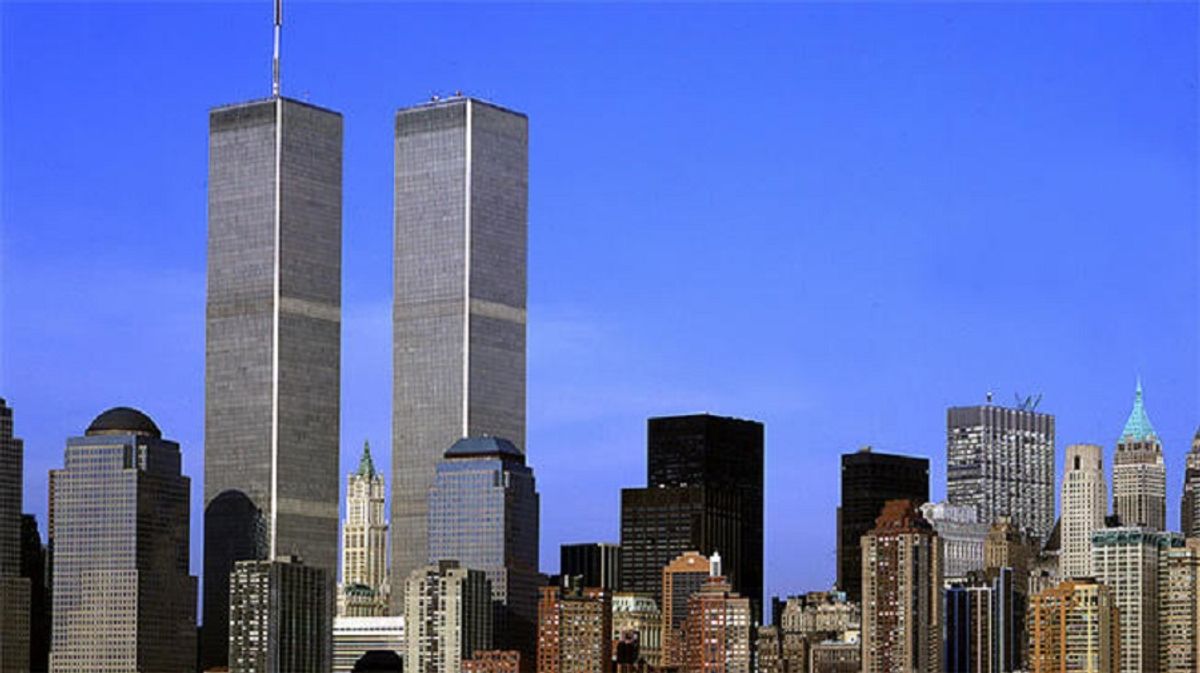 Claim:
The planned cover for a hip-hop album due to be released in November 2001 depicted an exploding World Trade Center.
Rating:

The image displayed below shows the originally planned cover art (prepared in June 2001) for a forthcoming Party Music album by the hip-hop group The Coup which was scheduled for release in November 2001. The cover depicted The Coup with an exploding World Trade Center in the background; group member DJ Pam the Funktress waved two sticks held between thumbs and forefingers (as if "conducting" the proceedings with two batons) while "Boots" Riley displayed what looked like a detonator (but was actually just a guitar tuner): Riley explained the intended symbolism behind the cover as follows

I came up with the idea with the photographer. We took the pictures on May 15, and we were done with it by the beginning of June. Any similarities are totally coincidental, and it was originally supposed to be more of a metaphor for destroying capitalism — where the music is making capitalist towers blow up. The politics of the Coup have more to do with the people organizing each other.

The cover art was only preliminary, and after the September 2001 terrorist attacks on the U.S., the artwork was pulled from the web site of the group's label (75 Ark) and redesigned before the release date, with the album eventually being released with a very different cover design: Although the image of World Trade Center towers billowing smoke and flame were used as a backdrop for the original artwork, the New York skyline was not visible in the image, nor were any airplanes shown crashing into the towers. The artwork was supposedly intended to depict the destruction of a generic "tall building" and thus was not a harbinger of recent events, although by coincidence it did prove to be disturbingly congruent with the horrors of 11 September 2001.

Dream Theater's Live Scenes from New York album, which had been released with a "Flaming Apple" cover depicting a burning New York City skyline (including the World Trade Center buildings), was recalled and re-issued with new artwork: Finally, the New York indie electronic duo "I Am the World Trade Center" temporarily shortened their name to "I Am The ...".