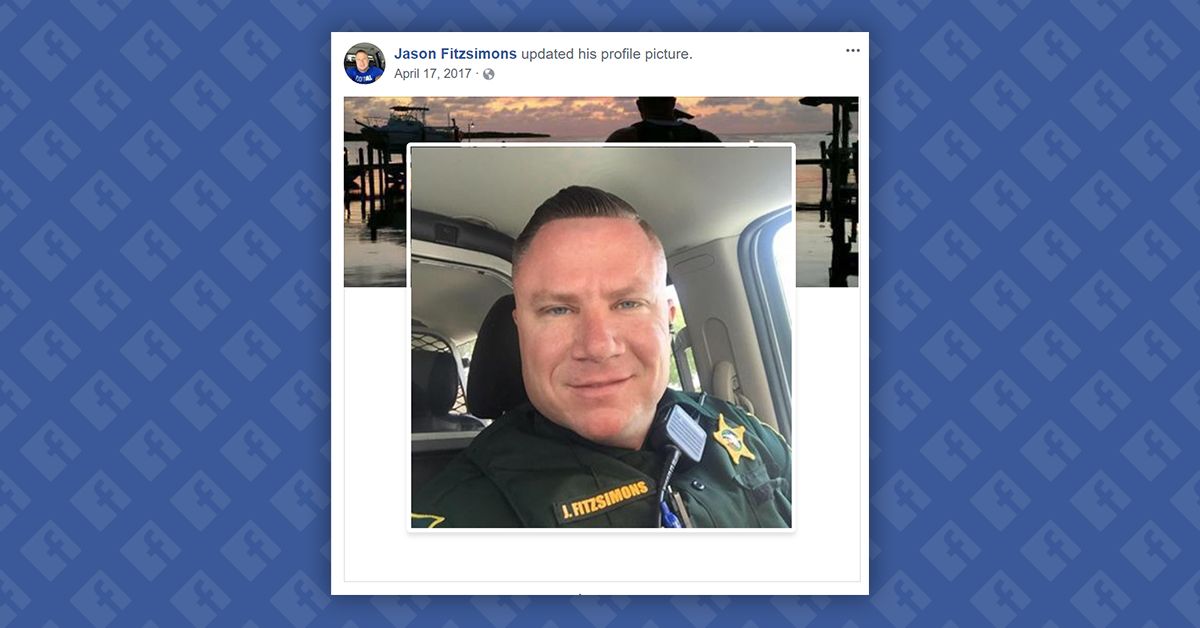 Conservative blogs attempted to seize on the death of a sheriff's deputy in Broward County, Florida, in April 2018 as a way to promote conspiracy theories regarding "questions" about the mass school shooting attack there two months earlier.

Many of the blogs invoved cited a story by Memory Hole Blog promoting the idea that a "media blackout" had taken place concerning Deputy Jason Fitzsimons' death. What set Fitzsimons apart from other recently deceased persons, the blog suggested, was that the deputy "took to social media to question the potential agenda" behind the assault at Marjory Stoneman Douglas High School, a mass shooting that resulted in the deaths of 17 people and spurred an uptick in gun safety protests around the U.S.

That suggestion was based on a social media post by Fitzsimons depicting one of the high school's students, David Hogg, in a Nazi uniform: According to the Memory Hole Blog, that post and all of Fitzsimons' other social posts from 2018 had been "scrubbed":

As is suggested in the aftermath of other recent mass shooting events, Fitzsimons simply may have possessed too much information, was at the wrong place at the wrong time, and/or asking sensitive questions of his peers and superiors on the specifics of the Parkland shooting. It is beyond dispute that the sheriff’s deputy had become uncomfortably outspoken on the February 14 event.

Other conservative blogs picked up the story, with one saying that Fitsimons had "exposed" a conspiracy: But these blogs did not mention Memory Hole's follow-up story, which noted that Fitzsimons had used several different Facebook accounts, and that the account featuring the post criticizing Hogg had not been "scrubbed" and was accessible online at press time.

Also, Fitzsimons didn't "expose" anything about the mass shooting at Marjory Stoneman Douglas High School — he merely posted criticisms of number of persons associated with that event on social media, primarily David Hogg.

A spokesperson for the Broward County Sheriff's Department told us that they did not consider Fitzsimons' death to be suspicious. The spokesperson confirmed to us that detectives were aware of Fitzsimons' controversial social media post about Hogg, adding, "It has nothing to do with his death."

The Broward County Medical Examiner's office determined that Fitzsimons' death was an accident, and attributed it to the "combined toxic effects of hydrocodone, alprazolam, dextromethorphan, and doxylamine."

According to the autopsy, Fitzsimons' girlfriend called emergency responders after finding him "unresponsive on his sofa." He was declared dead at the scene.

Since the Parkland shooting, Hogg has been the target of a series of smears promoted by far-right blogs attempting to discredit him and his activist efforts for gun safety. Mike Adams, the founder of an "alternative health" blog, went so far as to found an entirely new site devoted to labeling Hogg a "fascist," among other pejoratives.

Update [4 May 2018]: Updated with findings from the Broward County Medical Examiner regarding the cause of Fitzsimmons' death.